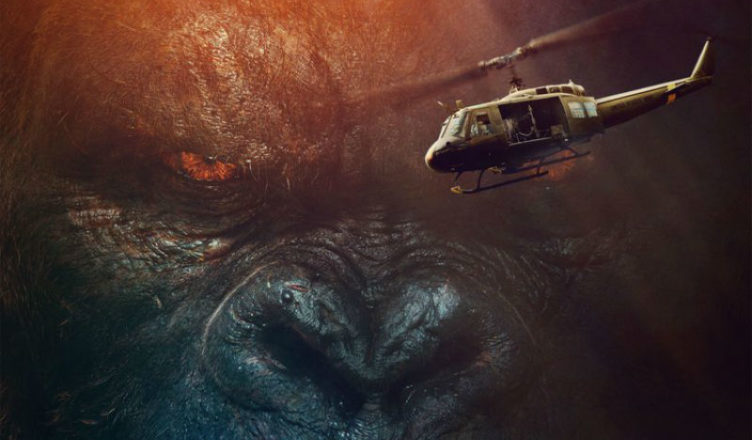 The first Kong: Skull Island trailer has arrived and wow it looks way different from the first trailer. Not only are there a lot more characters and monsters shown, but this movie looks a lot more light hearted than expected.

While the last King Kong movie was quite dark and grotesque, this movie looks like it has a little of a Marvel tone with it, as the new trailer is filled with comic relief.

More well-known actors are shown in this trailer, as I had no idea John C. Reilly and Shea Whigham were going to be in the movie.

See it for yourself:

While this movie still looks good, it is kind of surprising how kind their version of King Kong is looking to be. While he did kill their men who were idiotically bombing his home, it still seems as if the giant ape is going to be the protagonist like Godzilla.

Just as I suspected, it looks like their will be giant bugs in the new Kong film, as there was a crazy shot of someone shooting up a giant spider.

While I was expecting their to be some type of Apocalypto tribe, it seems like the tribes people will actually be kind too, unless they have them betray everyone along with John C. Reilly’s character.

The most surprising factor of this whole trailer is how light hearted this second King Kong trailer seems to compare to the first one, as this literally felt like it was made by a Marvel director.

Either way, Kong: Skull Island looks promising, I cannot wait to see it in March with all of these other awesome movies coming out during that month.