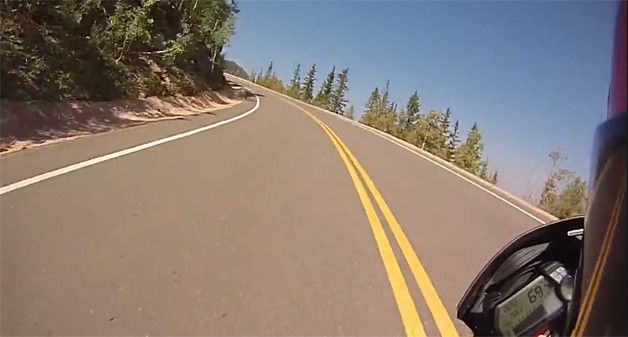 Who do we remember from our blockbusters? The stars, sometimes the director, maybe the producer or cameraman if they’re especially hot right now. But what about everyone else? The runners, lighting guys, clapper loaders and stunt drivers? Well, turns out some stunt drivers are making just as much as their iconic counterparts, without any of the hassle. I’m talking industry stalwarts like:

Before incurring the wrath of Jeremy Clarkson, Collins was best-known outside the racing world for his mysterious role as ‘The Stig’; an anonymous automotive genius on Top Gear. After spending the best part of a decade whizzing around the BBC track, he unveiled himself in a tell all book; leading Clarkson to famously refer to him as ‘The Greedy Tw*t’. Now a freelance driver, Collins has moved on to greener pastures. Films such as Quantum of Solace, Skyfall, The Dark Knight Rises and Fast and the Furious 6(!) have featured him smashing up Aston Martins, cruising through Istanbul’s twisting streets at blistering speeds and flying headlong into traffic. His frenetic showreel below explains it better than words ever could:

Tracy lives the life every kid wants to grow up to have: when not breaking world records or blogging the Paris/Dakar Rally from the front seat; he’s travelling the world being awesome and mixing with movie stars. His film work has seen him involved with a hyper-kinetic chase in The Bourne Ultimatum, the quirky insanity of the Italian Job reboot and get his stunt on for Sam Raimi’s ill-advised Spiderman 3. Despite a steadily growing roster of movies and commercials under his belt; Tracy remains one of the few people who can honestly say standing-in for Jason Bourne isn’t the highlight of his career. As this record-breaking video shows:

One of the presenters of Top Gear USA, Foust makes his British counterparts look like total pussies. While Clarkson gets his kicks driving Humvees and spouting xenophobic bile, Foust is busy breaking world records and cementing his place as the go-to guy for high-impact urban racing. This second part led to his work on ‘Fast and Furious: Tokyo Drift’; a classic slice of ‘car-porn’ featuring some of the most intense driving in cinema. Other credits include Red Dawn, Dukes of Hazard and, most awesomely, Iron Man 2. Irritatingly, he’s also young, dashingly good-looking and pretty down to Earth (as this video shows):

What’s awesome about Sera is that she’s not only making it in a man’s world, she’s totally kicking butt while she does it. While she’s yet to make the leap to movies, her TV and commercial work is a catalogue of awesomeness: 24, True Blood and Hawaii Five-O are just the biggest credits to her name. While she might not quite be a Georgia Durante or Debbie Evans, she’s definitely an up-and-comer and we salute her dedication to smashing vehicles together almost as much as her dedication to dramatically delivering overpriced pizza:

Although he no longer performs stunts so much as directs them, Darrin Prescott’s resume alone firmly puts him in our category of ‘general badass’. While Greg Tracy was flying around the Bourne Ultimatum set making car noises; Darrin was the guy behind the scenes co-ordinating the mayhem. He’s worked on the epic chase at the end of Bourne Supremacy, orchestrated the insanity that was Drive and thrown his cars around the fictional worlds of Red Dawn, Spiderman 3 and The Hangover with gleeful abandon.

Check out his awesomely-scored demo reel below:

If you’re looking for a more leisurely drive, check out car loans from Car Finance 24/7
Comment with Facebook

View all posts by Liam Fisher →

One thought on “Guest Post: In the Driving Seat – Unsung Heroes Behind the Wheel”