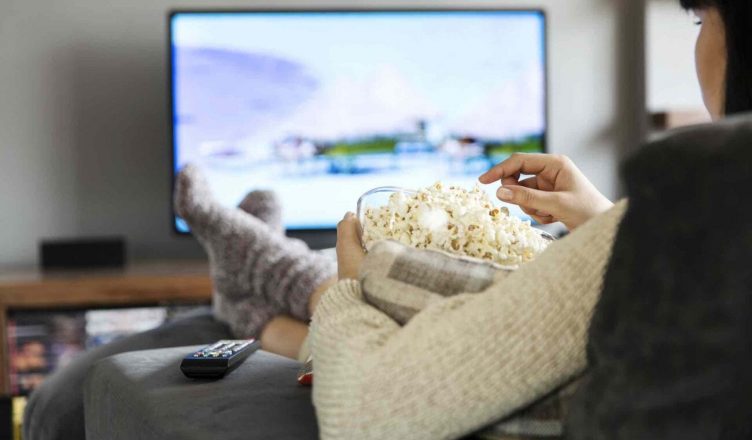 Whenever we go to the theatre to watch a movie, popcorn turns out to be the first choice as a snack. Actually, it is a snack by default.

Imagine you went to the theatre…

Did not eat popcorn…

It would sound grotesque, to say the least! Both Movies and Popcorn are inalienable or inseparable whenever we discuss theatre culture across the Globe.

Oh… speaking about movies, you could download movies from pirate bay and sit with a bowl of popcorn. The best part is that you only need to spend money on the popcorn, as you will get the movie for free.

The Nuptial Bond Between  Movies And Popcorn

Well…popcorn and movies were like two unknown entities till the fires two decades of the 20th Century.

There was no far-off relation between the two. Both came close to each other in the 1930s. Popcorn was introduced to the theatre during the Great Depression.

Ten years hence it went on to become chartbusters. Popcorn took off therefrom to transform into a culture.

This needs to be mentioned that Popcorn was sold outside the theatres as theatre management did not want Popcorn spreading all over the hall.

During the Depression, popcorn was introduced into the hall. Soon emulating this practice vendors came with their own popcorn carts.

This created competition and popcorn went on to become cheaper with time.

If popcorn is your default snack you must know the different flavors of Popcorns that are available in the market:

The list would go much more. Therefore select from this and enter the theatre carefree with your popcorn bucket.

During those days the Films that were made, were extremely complex in their theme and dialogues. This was understood only by the literates.

Moreover, the price of the tickets was extremely high at that time. The owners conjectured that food like Popcorn could not be served to the riff-raff but gentry.

But soon the ideas began to change in the coming decades. Popcorn went on to create history.

As mentioned before cinema was mainly for the affluent people and not for the poor ones. Movies were also made to serve the literate class.

But slowly the trends reversed and movie theatres started to be thonged by riff-raff and Gentry alike.

Popcorn is cheap and could be easily produced on a large scale. There are no special skills required for preparing popcorn. Therefore it went to become an easier option for people to get access to the snack.

In the 1930s came the Global Financial Crisis. This went on to topple the economy of America.

During this time people, loitered with chill penury to cope with the situation and rejuvenate.

Such a poverty-stricken condition the world was witnessing. Audiences prefer to munch something in the theatres rather than only enjoying the movie sitting idle.

This was a strong reason that the cinema owner could not turn down the request of allowing Pop from outside into the theatre.

One reason for Popcorn’s increasing popularity was its mobility. In the year 1885, the first steam-powered Popcorn making machine came into being.

It hit the streets in front of the American Theatre. The machine was invented by Charles Creator.

The machine was mobile in nature and it thus became easy to be taken to different other events like sporting events, fairs, and circuses.

The mobility of the cart carrying the popcorn machine could be one reason why popcorn became famous in the USA.

There is a reason why Popcorn became the ultimate theatre snack. It went ahead of one more crunchy snack, potato chips.

During those days potato chips were made in small batches in the Kitchen. Now also potato chips are produced largely in automated kitchens.

But the thing with popcorn is that it still could be produced for the masses without involving any kitchen. Thus, Popcorn, made without kitchen involvement turned out to reach people easier than other snacks.

Popcorn was not welcomed in the theatre because the rich and affluent sections found it disturbing.

Later on it with the arrival of mobile popcorn machines, soon the theatres allowed popcorn as people had nothing to do the full half rather than watching the movie.

Popcorn, for its obvious reasons, went on to become a favorite of the masses and turned synonymous with theatres.

Are All the James Bond Films Connected? A Look into the Bond Universe

Rise of the gambling industry. The Situation Today