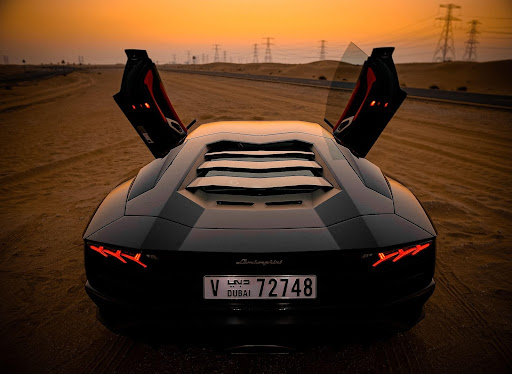 Can you imagine a modern blockbuster movie without a fancy car that a protagonist drives? Even though the vehicle appears only for a few seconds, it can set the right mood for the scene or add more background to the character. Besides, cars are an important part of an urban setting: If you are filming scenes in the city, you will definitely use cars to make it look realistic.

Cars can also play a significant role in the plot of many movie franchises. Fast and Furious, The Transporter, Transformers — these movies made billions of dollars by putting cars in the center of their cinematic universes.

However, there are some cars that have become not just popular but iconic. They go beyond the movies they were in and can be recognized by almost everyone. Here is the list of the most famous cars that have ever appeared on the screen.

5. Lotus Esprit Series I from “The Spy Who Loved Me”

This part of Bondiana was released in 1977 and became a path that led Lotus to the market of supercars. Its extravagant shape was so fascinating that the car was produced from 1976 to 2004. Besides, the audience remembered how this car turned into a submarine and let agent 007 escape the road chase. The very car that participated in the movie was bought by Elon Musk in 2013.

4. DeLorean DMC-12 from the “Back to the Future” movies

If you have seen this movie at least once, you definitely remember the car Doc and Marty used as the time machine. The original concept of the car was created by John Z. DeLorean who decided to produce these cars in his own company. Even though the audience liked the innovative gull-wing doors and the overall look of the car, the initiative failed. Still, “Back to the Future” movies managed to make this futuristic vehicle a true legend. 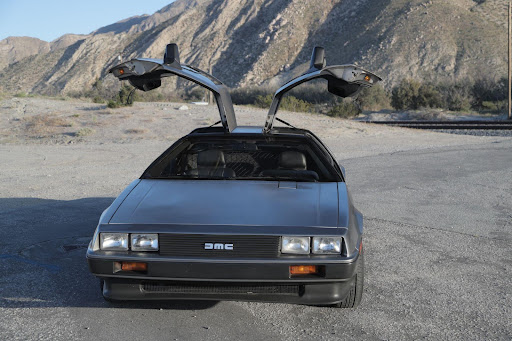 3. Ectomobile from the “Ghostbusters” franchise

“Who you gonna call? Ghostbusters!” These lyrics from Ray Parker Jr’s song are familiar to many people, especially to those who watched the first movie about four paranormal enthusiasts. Besides the song and logo, these movies are easily recognizable with the old 1959 Cadillac Miller-Meteor that the main characters used to drive around the city. In the 2016 version of Ghostbusters, the Ectomobile, or Ecto1, was replaced by 1984 Cadillac Fleetwood, but it still managed to display the same mood and atmosphere from original movies.

If you want to have your own Cadillac experience, the retro vehicles from Ghostbusters are not the only options. For example, you can rent Cadillac in Dubai on vacation and check how good these cars actually are.

2. Chevrolet Camaro from the “Transformers” franchise

It would be a crime not to mention the yellow Chevrolet that was a car form of Bumblebee, a transformer from the Autobots who was the protagonist’s companion. When the first movie was released, the Chevrolet showrooms were flooded with people who wanted to buy this very Camaro. 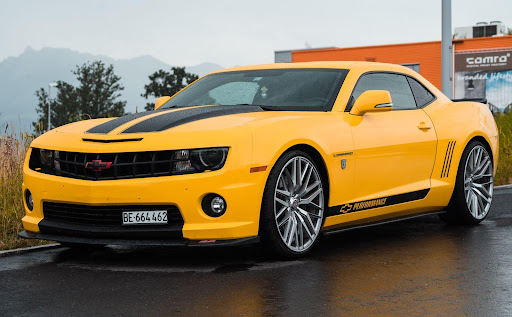 Sure, Optimus Prime with his Peterbilt 379 is also quite famous, but people really liked the kind and awkward yellow cutie who spoke via car radio. This transformer has even got its own spinoff movie in 2018.

1. Batmobile from movies about Batman

It’s not just a car. It’s a concept. The number of vehicles that “played” the superhero car is immense. In 1989, it was a long and lavish car with wavy forms that made almost no sense. In 1995, the Batmobile acquired an engine that was covered with a rib-cage-like structure. And we are not even talking about animated series.

For now, the car strongly associated with Batman is the Tumbler from “The Dark Knight” trilogy. This massive yet agile automobile really fits the character of Christian Bale’s Batman. Now, we are excited about the new and more realistic car that will have Robert Pattinson as the driver in an upcoming movie “The Batman”.

The five cars mentioned above are the most well-known vehicles that participated in various movies. The list can be easily continued and customized with more entries, like Mustang Boss from “John Wick” or Dodge Charger from “Fast and Furious”. Other positions will depend on your interests, favorite car models, and favorite genres. So, if you are a movie fan and a car enthusiast, this list will help you think about your own preferences.