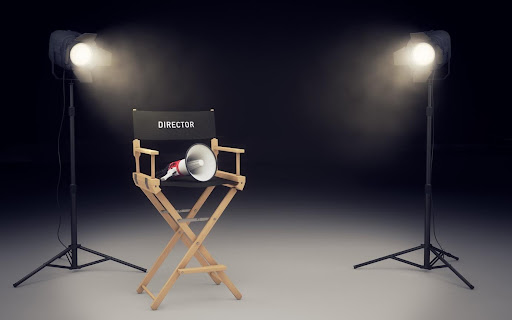 Pop culture references are frequently found in both art and film. Sometimes it is obvious and, at other times, it’s more subtle, but using these references help the artwork and movie ‘speak’ to an audience, drawing them in and helping to convey a message from the work’s creator.

What is pop culture?

Pop culture takes many forms. It can be images, ideas, thoughts or attitudes that are popular in the mainstream population. The term ‘popular culture’ was first coined in the nineteenth century to describe the culture of the poorly educated and lower classes to separate it from the ‘official culture’ of the upper and educated elite.

It was after the Second World War that popular culture became more associated with mass culture, as those living through the social upheavals of the post-war period wanted to put their stamp on the world. It was in the late 1950s that the abbreviation ‘pop’ began to be used. Over the decades, the form of pop culture has changed, as each generation molds it for themselves, so the pop culture of, for example, the 1960s being easily identified as appearing different to the pop culture of today.

There has also been a blurring of pop culture and ‘official’ culture as technology has made culture more accessible, with works of Shakespeare or dramatized versions of Jane Austin and Charles Dickens on the television and big screen becoming popular.

The inspiration of pop culture references

With pop culture references appearing across everyday life, it is no surprise that these references should also appear in art and film. This creates a curious phenomenon when the pop-culture inspired film or art in itself becomes pop culture. An example of this can be seen in Toy Story 2, when the Emperor Zurg is revealed as Buzz Lightyear’s father in a clear reference to the similar scene in Star Wars: The Empire Strikes Back even as the Toy Story franchise itself entered popular culture.

The American Artist, Jordan Wolfson is an artist who works in video, film, installation, performance, print, and photography who frequently uses pop culture references from advertising, music video and documentary to deliver his message. His work is often dark and provocative, looking at the stereotypes that pervade our culture with a ‘Shylock’ character revealing anti-Semitism in Animation, Masks (2011) and a Barbie-like automaton exploring sexism in Female Figure.

Pop culture references can be used for comedic value such as in the 1980 comedy Airplane that uses pop culture references from other films to poke gentle fun at the disaster movie genre or Scary Movie (2000) that is a spoof of several horror films including Scream and I Know What You Did Last Summer.

Pop culture inspiration can also help bring different media together. The comic book that was so popular in yesteryear could easily have faded away. But instead, it has found a new life in highly popular big screen movies such as Guardians of the Galaxy.

Why use pop culture references?

There can be a huge amount of nostalgia in pop culture references. As mentioned above, the comic books so beloved of many people’s childhood can now be enjoyed all over again in a different media. Other references can bring an instant flash of recognition, transforming a new piece of work into a glimpse of an old friend.