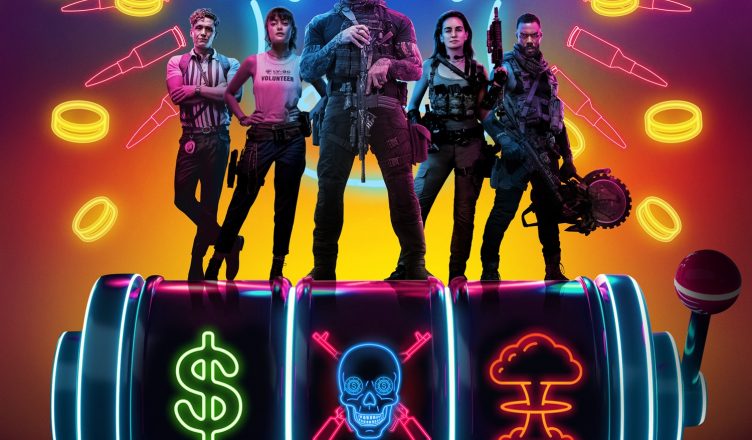 Online slot games form an important part of any digital casino. In fact, some operators set up their websites with a 100% focus on those slot machines. There are multiple reasons for this and the combination of entertainment and the potential for big wins are among those factors.

With no physical floor space to restrict them, developers have the freedom to apply as many reels and bonus features as they like. There is also scope for a multitude of themes from cartoon cats to the wild, wild west.

Movie themed slots are among the most popular choices for players and here are some of the best titles from that particular genre. 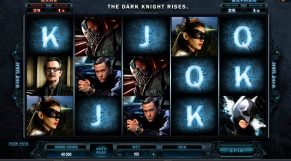 There are, in fact, a number of different releases that carry the name of this popular Batman release. The choice is yours but we believe this 2012 title from Microgaming is the best of them.

The Dark Knight’s stunning graphics are closest in nature to the original movie and that’s why fans should love it. As for the gameplay, there are 243 paylines in the base game with a range of bat-related images to line up.

There are random prizes available in the base game which can land at any time. Cash wins, extra wilds and wild reels are on the line but the star of this slot is the free spins round. During this section, Batman and the Joker can appear to increase the amount of spins while adding generous multipliers to boost any winnings.

The Wizard of Oz

It isn’t all about action, adventure and super heroes. Many classic movies have been honoured by the online slots developers and ‘classic’ is a perfect word to describe the Wizard of Oz. Once again, there is a choice of titles relating to this film but the one that fans should enjoy above all others is this release from WMS.

The developers have really captured the feel of this iconic film. Fans can enjoy incredible graphics but the game also uses the original soundtrack and video clips from the Wizard of Oz movie.

As for gameplay, there are 30 paylines in the base game and the film’s four main characters all play a starring role. A random wild feature can occur in these initial stages while the main bonus is a free spins round which comes with a multiplier attached. 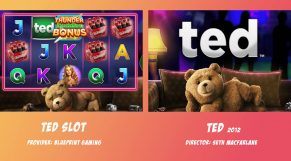 Friendly cartoon animals are frequent visitors to online casinos but you certainly wouldn’t want to cuddle this irreverent beast. Ted the bear came with a string of vices when he first appeared alongside Mark Wahlberg in his 2012 film release.

A choice of slot games pay homage to the character and the original title was produced by Blueprint back in 2017. Known simply as ‘Ted’, the fact that the game is true to the film is evidenced by the ‘Wheel of Fartune’ Bonus Round.

There are alternative ‘Teds’ including one with a Megaways feature but the original version brings out the hilarity of this creature to perfection.

From Ted we come to Bill and Ted and a faithfully reproduced slot from IGT that first hit the reels in 2020. Why it took the developers so long to honour this franchise is anybody’s guess but it’s certainly been worth the wait.

Just like our heroes did in the movie, this slot offers players a chance to step into a phone booth and travel back in time. One of the keys to winning prizes is to pick up historical characters and this is another aspect that will resonate with those who have seen the movie.

It’s both excellent and entertaining and it’s a slot that mirrors the sheer fun that Bill and Ted are all about. 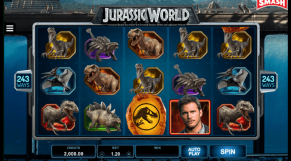 A film about dinosaurs coming back in modern times was always bound to be a winner. Jurassic Park has spawned a huge range of side products but the slot is a true standout. Microgaming are the developers behind this release which first hit the reels back in 2014.

Fearsome dinosaurs prowl the reels and the producers should delight fans of the film thanks to the fantastic imagery which is used throughout. A generous set of 243 pay lines exist in the base game but the aim is to allow the bonus features to take over.

Free spins are the main aim here and each different dinosaur provides a very special feature during this bonus section.

When it comes to action and thrills, few releases can match the Terminator series. Many film fans acknowledge that the sequel was better than the first movie so it’s appropriate that the Terminator 2 slot gets top billing here.

Stunning graphics are essential once again as Arnie crosses over to the good side while bonus features include free spins and a T-800 Vision section.

All of the slots mentioned on this list tend to follow a certain theme. It seems that, to pay a proper tribute, the game should match the film as closely as possible. That’s why it’s wise to employ great graphics and to get a matching soundtrack to evoke the movie.

From that point, developers can start to add their own twist to basic gameplay while adding in a range of bonus features. Striking that perfect balance has been the key to each of these slot titles making it onto this prestigious list.