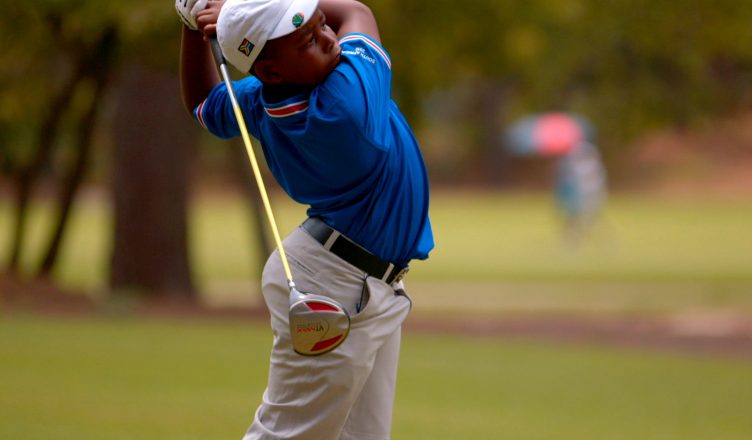 Unlike the likes of boxing (how many times have we seen the rise of an unlikely, plucky, underdog?!) golf films have failed to reach the heights of their many sporting counterparts. That doesn’t mean that golf films aren’t worth a watch though. From uproarious comedies to insightful documentaries, here’s our list of the best.

This Netflix documentary follows the ups-and-downs of eight pint-sized competitors hoping to win the US Kids World Golf Championship. The success of the film lies in the range of characters it follows. Pampered but polite, American Allan Kournikova (half-brother of tennis player Anna Kournikova) is hopelessly endearing, and it is thoroughly entertaining to watch him vie to become world champion. From the other side of the world, equally privileged Augustin Valery (great-grandson of French poet Paul Valery) competes for the same crown, which makes for a distinctly global affair.

By following the kids from their home country to the US, you really get an insight into the different cultures. From meek and mild to bold and brashful, the eight young players are a great representation of all characters and temperaments. The documentary isn’t just a feel-good flick either; it touches on the stifling effect of fiercely competitive parents and manages to present an entirely authentic and rounded portrayal of youth sports at the elite level. 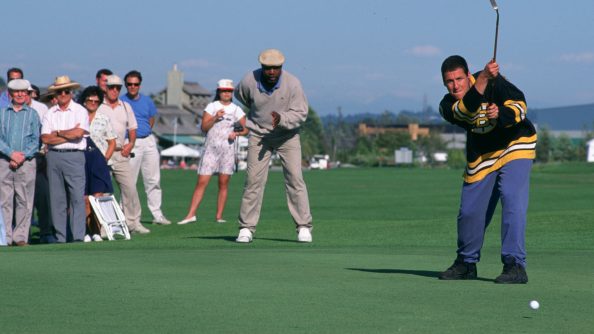 The one thing that has endured from this sports comedy starring Adam Sandler, is the running Happy Gilmore swing. Endlessly attempted and imitated by golfing casuals and professionals alike, Happy Gilmore’s signature swing is a constant source of amusement. Derived from
Gilmore’s failed ice hockey career, the swing is closer to a hockey slapshot than a golf swing. Along with Padraig Harrington, Sport Science showed that the moving approach to the ball actually generated more club head speed and more distance, but sacrificed accuracy.

The comedy also has its slapstick humor working for it. Happy Gilmore is arguably the apogee of Sandler’s Razzie-studded career, and is well worth watching if you’re fan of his brand of surprisingly popular comedy. Netflix’s announcement, in March, that they have signed Sandler up for another four films for a no-doubt princely sum, is testament to his enduring popularity. 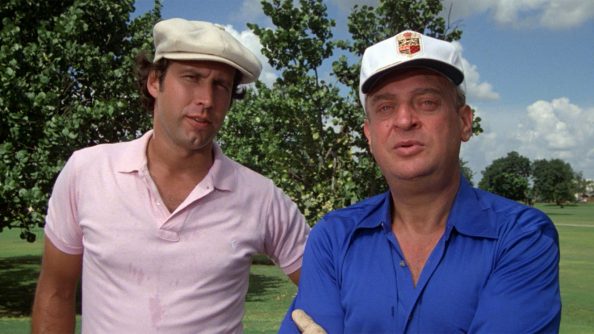 The one constant in lists of leading golf films, Caddyshack is a largely improvised and free-form adaptation of writer Brian Doyle-Murray’s time working as a caddy as a teenager. Starring Chevy Chase and Bill Murray, the comedy is reliant on juvenile and slapstick humor, yet it was well-received at the time. It has since garnered a cult following and has continued to be celebrated to this day. The American Film Institute has immortalized Caddyshack in not one, but four best-of lists.

The Legend of Bagger Vance and The Greatest Game Ever Played aside, golf as a sport has been, for the most part, bottlenecked into the comic arena. Maybe golf is missing the explosive action and thrilling rivalries that has made underdog boxing such a staple of cinema. Nevertheless, the golfing world has amassed a decent repertoire of films – meaning there are now two aspects of golf worth watching – The other of which, of course, is the flashy clothing.  If you want to hit the green yourself, then you better dress for the part, be sure to take advantage of a golf clothing sale to grab yourself a stylish bargain.

Which film is your favourite on the list? Are there any films that you think belong on this list that have unfairly missed out?

Loneliness, Being Alone, and How to Enjoy Solitude

How Movie Dates Can Improve Intimacy in Your Relationship

Why Films and Media Should Portray Inclusive Mental Health

How Do Movies Affect the Way We View Love?