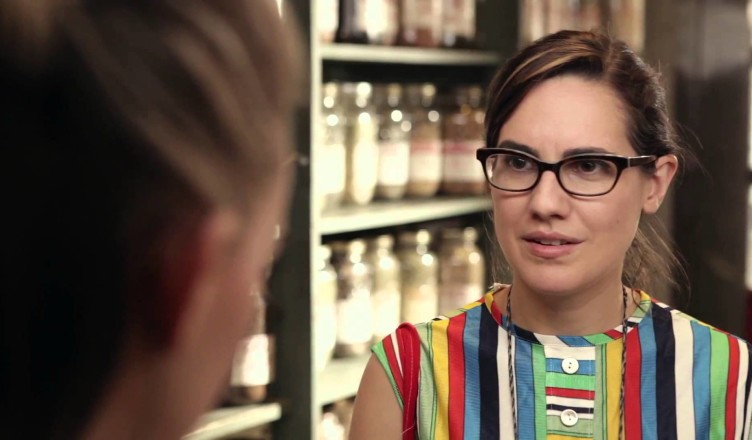 I had an opportunity to speak to Jennifer Prediger who co-wrote, directed, and starred in “Apartment Troubles” (available now on DVD). Jennifer spoke about working with Jess Weixler on-screen and off. Her favorite scene in the movie. Below is the entire audio of the interview along with interview excerpts.

What inspired her to write the movie: Little fragments of different things from reality we took and ran with, and one of them being this Bohemian apartment that was an illegal sublet that we both lived in.

On her relationship with Jess Weixler: We became sisters through the process of making this movie, but we actually probably have known each other for probably two months before we started writing this movie.

The quirky differences between Jennifer and Jess that they discovered during filming: We have different color pallets. There were just these kind of like eye rolls where you are so tacky with your bright colors.

On the script and usage of improv: The script was very much intact. I’d say about 15% of the movie is improvised.

The inclusion of Will Forte and Jeffrey Tambor in the film: Working with them was like a master class in comedy and we felt very lucky.

The car scene with Will Forte: That was actually based on a real thing that happened to Jess when she was on a road trip in Ireland.

On the process of making movies: If you are making movies you might as well have fun experiences, such a creative army of people and enjoy getting everyones creative contributions.

Reaction: I found Jennifer to be outgoing and open. She offered some neat insight into the process of making the film. Apparently we both found her scene with Jess and Will to be our favorite scenes in the film.

Apartment Troubles will be available on DVD October 6, 2015.