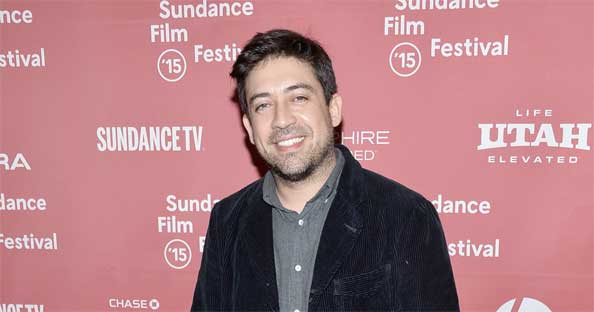 Me and Earl and the Dying Girl is the Sundance award winning drama based on the young adult novel of the same name about old friends who re-connect after one of them is diagnosed with a life threatening disease. Unfairly compared to an indie Fault in Our Stars, this indie has a quirky vibe featuring an ode to cinema. I had an opportunity to sit down at a roundtable interview with some of the cast members Thomas Mann and RJ Cyler as well as filmmaker Alfonso Gomezz-Rejon to discuss this quirky movie, overall audience reception, and their successful Sundance experience.

Me and Earl and the Dying Girl had an unique and crisp attitude with timeless themes that many people especially teenagers could relate to no matter their age or stage in life. Everyone we spoke seemed to be in unanimous euphoria about the rich screenplay they got to work with. Actor Thomas Mann appreciated the vulnerability and honesty the script portrayed angst-ridden teenagers. “That’s all Jesse. His script was so honest and it felt fresh,” Thomas Mann said. “I had been playing a teenager for quite a while now and..I really liked that he embraced the stubbornness and selfishness of teenagers. They weren’t perfect people and they were well rounded characters and I was annoyed by them…I liked that it was a very funny movie dealing with a serious subject.” In deciding to make Me and Earl and the Dying Girl and venturing off from TV series like American Horror Story and Glee, Alfonso Gomezz-Rejon appreciated the adult nature and classic feel of the screenplay.

“I liked Jesse’s script and how it didn’t talk down to them. It was timeless,” said Alfonso.

For a first movie to star in, RJ Cyler seemed very humble yet excited to be apart of this experience. Likewise he wanted audiences to understand a few thing about Me and Earl and the Dying Girl. To not be overwhelmed with all the moving parts within the movie, but to be grateful for the little things in life was on his mind.

“Appreciation for the small things,” RJ Cyler said. “There is a lot of things we have the privileged to claim through out our life…but this movie really makes people think especially me.”

Alfonso added in: “Have the courage to show your true self.”

While reflecting on his time working on Me and Earl and the Dying Girl, Thomas Mann took a more intuitive approach to his work and how teenagers relate to one another. He wanted audiences to take away a few things from watching it.

“Reflect on your own life and see if you are making the most out of your relationships. And just for young people so they can see themselves in Greg or any of these young people and not just feel so alone. I know a lot of kids who are sort of an outcast by design just to keep themselves protected and ultimately its more fulfilling to have real lasting relationships.” Thomas Martin.

Director Alfonso Gomezz-Rejon who spent a lot of time in TV programming transitions nicely to the big screen in Me and Earl and the Dying Girl. He wanted to take time with the material and noticed himself in the story which allowed him to pursue the story with a detailed approach.

“I was looking for naturalism and real experience,” Alfonso said. “I saw a lot of myself in both Greg as a kid and I identified with who I was in my personal life when I read the journey and what he was taking. And trying to hope by the end to learn lessons in life.”

Me and Earl and the Dying Girl won major awards at this year’s Sundance Film Festival. There’s no doubt that premiering at Sundance as well as receiving praise from a top notch, industry festival is a big deal for any movie. It provides numerous chances for the cast and filmmakers involved to go after other future roles.

“Sundance opened a lot of doors to all of us. I think everybody who worked on the film,” Alfonso said. “when your work is recognized collectively by a festival like Sundance it makes people aware of the work and everyone’s contribution which opens a lot of doors for them creatively and professionally. The fact that this is a homage to the moving image and audiences get a chance to watch it in a theater and have that communal experience which is what its all about. It doesn’t promise it will be a success.”

Thomas tried to not let Sundance get to his head but was very thankful for the opportunity it provide for him.

“Sundance was a really explosive experience for all of us,” Thomas said. “It was very surreal meeting all of these filmmakers I admire so much. I mean the next film I’m doing is with a director who I met at Sundance who’s film I saw there. Its just overwhelming and I’m incredibly grateful to have gone and everything else that happened after that was icing on the cake. That gives it a platform for it to be seen in a movie theater which is how every movie should be seen.

RJ Cyler couldn’t believe he was apart of the film festival and was filled with gratitude for beginning his career there. The whole experience seemed unreal to him.

“Mine was crazy. There was a lot of emotion coming out of RJ at Sundance. I’m still trying to wake up from this dream. It would be the worst dream to wake up from, but I couldn’t ask for a better starting point for my career especially since they set the bar so high.”

While watching Me and Earl and The Dying Girl, the youthful exuberance and creativity that flows from these actors and filmmakers is authentic. I highly recommend teenagers and especially young filmmakers seek this little gem out to channel their passion and reflect on the life that was given to them.

Me and Earl and The Dying Girl is playing in select cities with plans to roll out in the coming weeks to more locations.