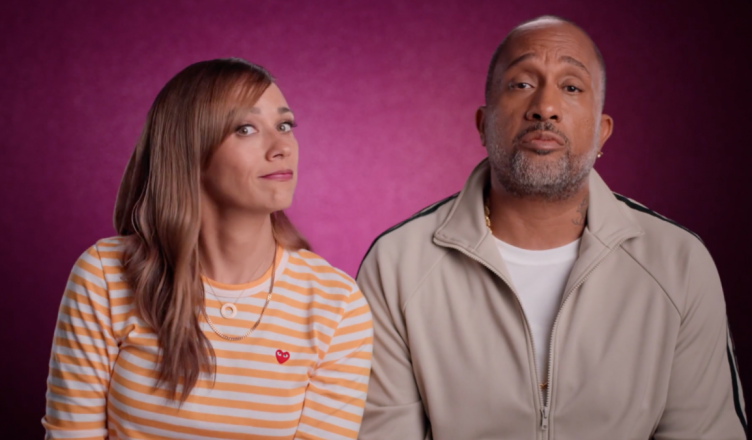 The absolute best highlight of the show has to be Rashida Jones (plays “Joya”). She has some of the funniest moments and is probably the most consistent in her delivery. What I loved about her performance was how she was able to seamlessly transition from the humorous situations to the more sincere and dramatic ones. Besides Jones, the supporting cast and guest features were also some nice positives. I thought the younger actors playing the children did a commendable job in their respective roles. Despite not being featured enough, I thought that the “writers’ room” was also a nice segment of the show given the acting performances. Their banter and daily conversations were both funny and entertaining. In true Kenya Barris fashion, each episode does share a moment of enlightenment or edification of an experience or phenomenon that impacts African American culture in some way. His exploration of various topics such as the “white gaze” or perception of black fathers in America is certainly insightful and candid in its nature. In addition to that, the show also explores common family dynamics and issues that are relatable to almost everyone in some capacity. I thought one of the strongest episodes were the final three which followed the marital and sibling relationships. This was definitely when the show was at its strongest because it felt the most authentic. More of that would certainly be welcomed if another season is green-lit.

I think the bigger issue with #blackAF is the general structure. It takes a while for it to pick up steam and that’s not really a good sign when there are only 8 episodes to begin with. The first two episodes felt a bit disjointed and dragged on a bit (especially about Kenya’s gold chain). It probably would’ve served the show better had the episodes been shortened to maybe just 15-20 minute segments. That way, the themes or topics could be a bit more focused in its presentation and digestible for audiences. For instance, you’ll have episodes starting off to be about one thing, take what seems like a tangential detour into another subject, and eventually (or randomly) come back to the ending which tries to tie up what was started in the beginning.  In fairness, #blackAF is portrayed through the lens of the making of a documentary. So an unconventional structure does make sense on paper so to speak. However, I still don’t think it’s a comfortable way for audiences to take in the content. Another issue is the odd flow of humor throughout the show. It felt like it didn’t know what type of comedy it wanted to strive for. At times the comedy was dry, which isn’t a problem in itself. That type of quirky, witty, dry humor feels more like a natural fit for the show and actors. That style of comedy gets disrupted when more outlandish things start to happen with the family members. That’s when you’re almost quickly kicked out of the mindset or allusion that this is a doc/mockumentary of a family, and it’s actually just a TV show. Beyond that, I didn’t think that some of the “wealthy” jokes landed very well. They felt like they were inside jokes that would be funny to other rich people.

For any lovers of Hip-Hop music, the best way I could describe #blackAF is how it travels a path similar to the career of Kanye West. When Kanye came out with his music albums, he was bringing a fresh and new sound to Hip-Hop, blended with classic songs of the past. Barris did the same with his series that seemed to breathe new, unapologetically black life into sitcom television. Both Kanye and Kenya stood apart from the rest because of their honesty and transparency into their lives and issues. Those traits and qualities made both creators extremely relatable.

I would say that if I had to compare the albums of Kanye to the shows of Barris, Kanye’s first three albums (which are by far his best…fight me) are equivalent to Black-ish, Mixed-ish, and Grown-ish. (“BMG” for short) I feel like #blackAF is kind of like Kanye’s version of 808s & Heartbreak. It’s a move in a different direction, but one that may be met with mixed reactions. In the earlier albums, Kanye would rap about his general insecurities and struggles growing up. Then as Kanye progressed, he would start rapping about all his money and talking about his issues with being accepted by other rich people. Barris had a similar path here too with “BMG” where those shows were very relatable on almost every level. However, in #blackAF, Kenya’s issues escalate to being the “New [Black] Rich” and that’s the point where I think he may start to lose people. As a black man, father, husband, and film critic I truly do relate and hear much of the things that he tries to convey in the show. Although, the more he name drops fashion designer clothes (that most people can’t afford) and other issues in his new affluent lifestyle, it becomes much harder to connect with his character and the show over all. As Barris probably would admit himself, #blackAF is a rehash of some of the other successful sitcoms all crammed into eight episodes. It’s like the black version of “Curb Your Enthusiasm” in a nutshell. Those similarities make it incredibly difficult to separate #blackAF from the other shows. The biggest differences in this series is that there’s more profanity and it flexes its “celebrity guest muscle” when possible. The other difference is the mockumentary style structure which has its moments. Given the shortness of the series being only 8 episodes, I’d say it’s still worth checking out for audiences. It won’t feel like a major commitment or burden to get through, and it certainly can be something to watch in doses per day. (Binging isn’t necessary). I’d recommend #blackAF as something to stream on Netflix, but it’s vitally important that you temper your expectations. Barris has set a high bar with “BMG”, and one shouldn’t expect for #blackAF to achieve similar levels.