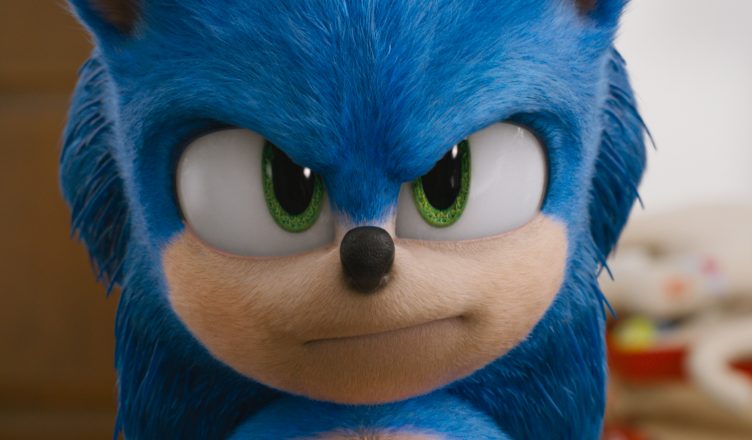 Sonic the Hedgehog found a nice balance between both the story and the video game roots that the character is based on. I liked how the film was able to slip in familiar aspects of the video game into the overall story without making it seem too cheesy or overbearing. If I could make up a term for it, I’d say that the movie didn’t get too “video-gamey”. We can see an example of that with the explanation behind the gold rings that Sonic has to collect. Rather than just collecting them for points as one would in the video game, the rings serve a much more functional purpose that works within the plot.  Furthermore, I really liked how the origin story in the beginning of the movie hinted at some interesting world building potential. It the world building potential wide open and entice audiences to want to know more in a potential sequel.

Another bright spot for Sonic The Hedgehog is how the action stayed true to the video game as well. Obviously, Sonic’s speed is the main selling point, and this film capitalized on that by really emphasizing his abilities. It was certainly effective to have Sonic combine his speed and humor to make the action sequences that much more entertaining to watch. It was very reminiscent of Quicksilver from the X-Men films.

When it comes to the characters, Sonic was pretty amusing. His character was written to have a fair amount of range that included a sensible amount of humor, wit and even some dramatic emotion. I think his best moments will come in his jokes and quips with his pop culture references. I actually laughed out loud when he made his Fast and Furious joke. Along side Sonic, Jim Carrey was at his finest. He was simply hilarious and acted a complete nut in his role as Dr. Robotnik. His eccentric behavior throughout the film was the perfect compliment to keep the movie working whenever Sonic was not on screen. Of course, when Carey and Sonic did share the screen, they worked even better.

While I can’t say that this was a terribly bad part of the movie, but I didn’t find much value in some of the human characters. Yes, Jim Carey’s Dr. Robotik was hilarious but outside of that, he was the only human being that kept my attention. Both James Marsden and Tika Sumpter’s characters just felt like fillers rather than essential characters. I mean, it would be really hard to have a Sonic the Hedgehog movie with no Dr. Robotik, but Marsden and Sumpter’s characters could be replaced or completely removed without anyone really missing them. Also, I’m not sure Marsden really worked very well with the comedic role he was given. It just felt like he was forcing his acting rather than being immersed into his role. By having the video game elements translate into a more practical element into the story,  fans of the video game and newcomers can equally enjoy the story. Another minor issue in the film are just a few plot points. At one point in the film, there’s a strong sense of urgency placed on keeping Sonic a secret, but that gets quickly thrown out of the window and neglected. In some situations, people will naturally freak out a large blue, talking hedgehog. In other situations, people just act like he’s a strange person from out of town. It’s just a weird level of inconsistency that probably could’ve been avoided had the film just picked one lane and gone with that. Another plot point can be found in the final act of the film where the power of friendship and a little lightening is all it takes to fix a dire situation. It just felt as though the writers ran out of ideas and just took a shortcut to keep the story going. Not the biggest deal, but a little eye-rolling in terms of the stretch they made to make that scene work.

Sonic the Hedgehog is a fun and entertaining ride for all to enjoy. It found a way to make itself open to both lovers of the video game franchise and newcomers. It may be fair to say that Sonic The Hedgehog won’t have to worry about being lumped in the long running trend of being a bad video game movie.  Some of that credit may also need to go towards the fact that the movie studios actually listened to fans when the first design of Sonic was universally rejected by onlookers. After going back to the drawing board and making the design of Sonic’s character a bit more recognizable to his classic look, it seems as though it all worked out for the better.

I’ll admit that I initially wasn’t going to watch this movie because I thought it was just another “kiddie film”,  and just not intended for anyone over the age of 12. However, my assumption was wrong because this was a solid film for the whole family to enjoy. Feel free to check out Sonic The Hedgehog in theaters and be sure to stay all the way to the end for the two post credit scenes. The Forever Purge fixes A LOT