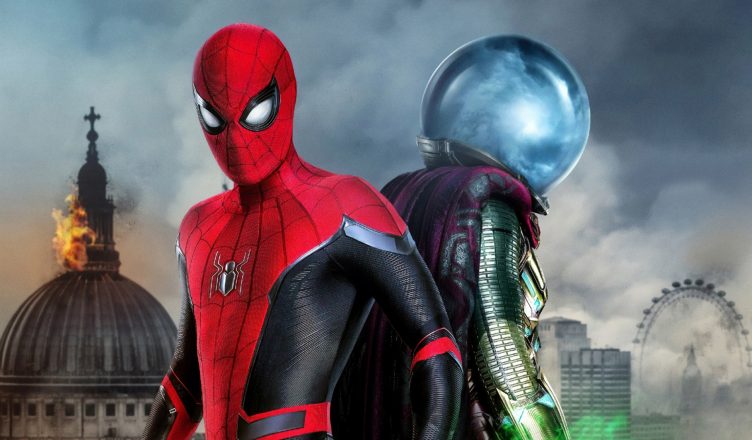 Spider-Man Far From Home follows the events of Avengers: Endgame. Spider-Man must step up to take on new threats in a world that has changed forever. Spider-Man: Far From Home stars Tom Holland, Jake Gyllenhaal, Zendaya, and more.

In regards to the overall plot, I thought Spider-Man Far From Home really did a good job of addressing a number of issues. First off, after both Infinity War and Endgame, there were a lot of questions that were unresolved, and Far From Home wasted little time to speak on them. We also had a slightly more complex plot that allowed for Peter Parker to really grow and develop. Lastly, the post credit scenes of this film were not only amazingly fun, but they also gave some interesting things to look forward to for the MCU. As far as the acting, Tom Holland was able to really show off his acting chops in Spider-Man Far From Home. I thought that his performance was incredibly convincing given the various situations his character (Peter Parker) had to deal with. His best moments came during some of the dramatic, climactic scenes where his character couldn’t contain his emotional frustrations. I thought he did a fantastic job in his performance because if you’ve followed his journey in the Marvel Cinematic Universe (MCU), then you can totally feel the weight of that emotional tension that builds up throughout the movie. In addition to that, I thought that Holland and Zendaya had some really great on-screen chemistry together. I appreciated how Zendaya’s character (“MJ”) had progressed a bit compared to her last appearance in Spider-Man: Homecoming. Both her and Holland really sell the impression that they’re two young teens dealing with new feelings.

I do want to also want to touch on another important factor in Far From Home and that were the important themes that impact Parker’s character. One of the themes Peter struggled with was the notion of becoming a hero on a much larger scale. Given the situation with his mentor Tony Stark from Avengers: Endgame, it’s interesting to see how Parker confronts this new challenge. On top of that, Parker also has to deal with the constant and familiar theme of responsibility. What makes both of these themes so compelling is that Parker must find a way to juggle both a larger sense of responsibility and find his identity at the same time. By compounding those two themes, it provided a great amount of depth to the character of Peter Parker; which by the way, is very true to his comic book roots. As an added bonus, we get a few instances of Spider-Man utilizing his intellect and resourcefulness in very tough situations. While it may not have been at the same level, it was very reminiscent of the ingenuity his mentor Tony Stark demonstrated back in the cave in Iron Man (2008).

Next up, we’ve got to talk about the character of “Mysterio” played by Jake Gyllenhaal. First of all, Gyllenhaal is astounding in regards to his performance. I won’t give any spoilers away, but I’ll just say that he does an amazing job at capturing the true essence of the character. I didn’t think that the writing for his character was very strong, but his quality performance makes that a complete afterthought. As for the character of Mysterio himself, I thought he was depicted perfectly. The background of his character is modernized in a way to still make him practical and realistic (in the MCU that is). What I really appreciated with his character is that he does challenge Spider-Man’s character to grow in unconventional ways. I can’t detail how that growth occurs because it could spoil the movie a bit, but you’ll understand it when you see it. One thing that makes both Mysterio and Spider-Man work extremely well in this movie are the captivating special effects. Mysterio’s powers and abilities are really unique in their application and the closest one could compare them to, in a visual sense, is Doctor Strange. The CGI effects really make Mysterio’s powers a sight to see whenever they’re on display. Besides that, Spider-Man also benefited from those special effects and really solid cinematography. I thought the camera work was the most effective whenever Spider-Man was engaging in some fast paced action scenes. You almost get a sense of going right along for the ride during those exhilarating web-slinging moments.

I think the weakest aspect of Far From Home were in the elevation of the supporting cast. In some cases the additional screen time that Parker’s classmates received seemed a bit extra. I’ll fully admit that this is a minor nitpick, but there were some instances in the film that felt a little forced just for the sake of the plot. What I mean is that you’ll have characters conveniently be in a dangerous situations just to give Spider-Man something to do. In other words, rather than creating a dangerous event, it felt like there were moments in the movie that were there just for the sake of adding drama to the story. Thankfully, most of those moments included enough action or humor to keep the movie entertaining. However, that humor would be hit or miss. Most of those misses, if not all of them, came from JB Smooth’s character. It was pretty sad to see because JB is typically a pretty funny guy, but his character and his humor just didn’t seem to work in this film. I believe the problem was in the fact that there was no comedic payoff with the running joke that’s attached to him in the film. Basically, if his scenes were cut out of the movie, the film wouldn’t have skipped a single beat.

Spider-Man: Far From Home is the perfect palate cleanser for the bittersweet ending of Endgame, and yet still manages to be one of the better Spider-Man movies to date. In my opinion it does surpass the likes of Spider-Man: Homecoming, but I’d still have Spider-Man: Into The Spiderverse as the best Spider-Man movie. I think that after this film, Spider-Man will continue to gradually grow into one of the top figures to really lead the MCU after the departure of Iron Man and others. Spider-Man: Far From Home is without question a must see in theaters and it may even been good enough for a repeat viewing. As with most Marvel films, be sure to stay until the very end of the movie for the two post credit scenes. There are some great surprises you won’t want to miss. I’ll admit, one of those post credit scenes had me yelling in my chair with a ton of excitement.