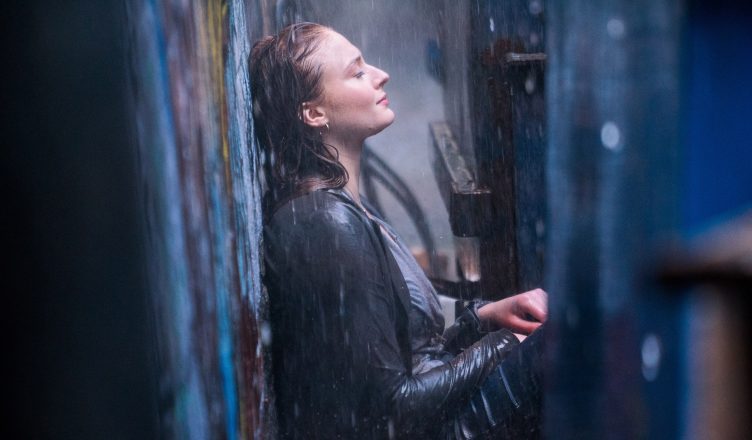 This is the story of one of the X-Men’s most beloved characters, Jean Grey, as she evolves into the iconic DARK PHOENIX. During a life-threatening rescue mission in space, Jean is hit by a cosmic force that transforms her into one of the most powerful mutants of all.  Wrestling with this increasingly unstable power as well as her own personal demons, Jean spirals out of control, tearing the X-Men family apart and threatening to destroy the very fabric of our planet.  It is the culmination of 20 years of X-Men movies, as the family of mutants that we’ve come to know and love must face their most devastating enemy yet — one of their own.

One of the key components for any good X-Men movie is to display the use of the mutant powers, and Dark Phoenix did a relatively good job of that. It didn’t take long for the film to showcase how the group of mutants were able to not only use their powers effectively, but to also function as a team. The best demonstration of the mutants’ powers, and probably the most enjoyable part of this movie, will probably come from the end of the film. The third act of Dark Phoenix is definitely the strongest within the film as it has the most action. This was about the time when the movie really started to pick up its pace, and ramp up in the suspense department.  Probably one of the better standouts in that regard was Nightcrawler. Similar to Nightcrawler’s great scene in X2 (2003), he’s probably got one of the better scenes in Dark Phoenix when it comes to using his powers that will entertain fans. In addition to Nightcrawler, it was also nice to see Storm use more of her abilities compared to X-Men: Apocalypse. I do believe that her powers could’ve been utilized a bit more creatively and  with more variety since she is an incredibly powerful mutant. Nevertheless, she gets the job done.

Of course, a great help to make those mutant abilities shine came from the solid visual effects. The movie didn’t feel too cartoonish with all its CGI effects and it made the mutant powers feel pretty authentic to the characters. I thought that the combination of those special effects also complimented the cinematography in the movie too. A good instance of this could be seen in the slow motion sequences that really helped you stay engaged during some fast paced moments in the movie. This was especially beneficial for both Quicksilver and Nightcrawler. When it came to the acting performances, both James McAvoy (Professor X) and Michael Fassbender (Magneto) led the way. Both actors seemed much more convincing given their individual dramas and experiences. When they felt internally conflicted, they barely needed words for you to completely understand what they were feeling. That, in itself, made their characters a bit more relatable compared to others. Their performances also complimented one of the major themes of the movie which was dealing with past trauma. I had hoped that Dark Phoenix would’ve spent a bit more time fleshing this theme out more seeing as though it’s a very central component to the main characters and the overall plot. Regardless, I liked the fact that they were able to demonstrate the effects of past trauma within their characters. There’s at least a modest attempt to try and use that theme to blur the lines of the right or wrong ways to handle those experiences.

Well I think the overarching issue with this film comes from the sub-par writing. The writing affected a number of different areas of the film in a negative way. First off, many of the characters’ motivations were incredibly rushed and under developed. Some characters would feel one way for a minute and then quickly have a change of heart moments later.  While they did try to use some dramatic events to try and stir up emotions,  there simply wasn’t the type of payoff that was intended. Again, that was due to rushing into the moments without really taking the time to build up the characters to make those internal shifts. (Game of Thrones fans can probably easily relate to this.) Next up, the writing completely failed the sense of female empowerment that it was aiming for. For example, the “X-Women” scene was a pretty cringe-worthy given the fact that it didn’t genuine. The movie probably would’ve paid off that moment by actually demonstrating more femalecentric scenes to drive the point home. Ultimately, while the intention of trying to have a positive feminist message is apparent, the delivery and execution was poor. As a result, you’ll have instances in the movie that have the female characters saying things that came from a man who’s saying things that he thinks will pander to other female feminists. Like I said, it’s pretty cringe-worthy. Another victim of the bland writing were the female characters and actors. You could tell that writer/director Simon Kinberg really wanted to give them the limelight, however the female characters were only limited. Jennifer Lawrence’s character (Mystique) didn’t make very much sense. She would complain about a state of oppression of the mutants when none of that oppression is even displayed in the movie. So it’s rather difficult to take her character seriously when we can’t even see the problem that she’s complaining about.  Then we have the character of Jean played by Sophie Turner. For as much as the movie wants you to empathize with her character, it just wasn’t working. Dark Phoenix tries to make her just an emotional mess that seems a bit contrary to the female empowerment message it seeking to achieve. Unfortunately, Turner couldn’t carry the lead role in this film as she was out-shined by the other characters, and her own performance simply wasn’t captivating. This probably could’ve been resolved if the Phoenix force itself was depicted to be more sentient in a sense (a la the comics) and that way Turner’s internal struggle as Jean probably would’ve been conveyed better. Instead, her emotional struggles were just a means to an end with little satisfaction when it’s all resolved.  Along with “Mystique” and Jean Grey, the biggest casualty of the boring writing falls on Jessica Chastain. Her character was one dimensional and utterly dull. Her role can really make you question why an actress of her great talent would be regulated to such a basic role. She was given no room to exhibit her range as an actor, and it made her role underwhelming. Similar to Chastain’s character being so basic, the same applied to the extra terrestrial villains in the movie as well. Not only were they generic villains, but they were also incredibly inconsistent when it came to fighting them.  One minute they’re able to withstand a barrage of advanced attacks, and the next minute they’re easily taken down. Despite that, the major issue with them is that they’re simply boring characters. They are probably the most uninteresting characters in the X-Men franchise history. Essentially they end up just being a plot device in the movie that you probably won’t care about one way or another. Finally, the biggest disappointment in this film is that there are no real memorable moments. One thing that has typically been consistent in X-Men movies is that there would be some sort of moment in the film that would really be unforgettable. (ie: Quicksilver’s scene in Days of Future Past or Nightcrawler’s scene in X2) Earlier I mentioned that Nightcrawler did have one of the better moments in the movie, but it was rather short-lived. Furthermore, while there were some decent action sequences in the movie, many of them didn’t feel like anything we haven’t already seen before. There simply weren’t any risks taken in this film to deliver something unique for the fans to consider close to being epic.

X-Men: Dark Phoenix is a lackluster, emotionally empty, and rushed ending to a cherished franchise that deserved so much better. This film will get an A for effort because it does try to do a number of things like have a positive female message or deliver on some fun mutant action. It regrettably just doesn’t accomplish that goal despite a strong effort. It’s hard to also neglect the fact that this film probably would’ve benefited greatly by having either a female writer and/or director. This singular vision from writer/director Simon Kinberg was just not a good fit for this franchise nor this final film. The decision to rehash the incredibly rich comic story of the Phoenix Saga in a single movie was nothing short of a disservice to the comic itself. I think most comic fans would agree that to really tell a solid Phoenix story, one would require a full trilogy to help fully flesh out the characters and more. Since that wasn’t the case, Dark Phoenix felt like a total cash-grab without any regard to what the X-Men franchise should really be about. We’ve already seen this in X-Men: The Last Stand (2006), and now this movie feels like a bad dream of déjà vu.

While I can’t speak for others, I can’t see how this movie would have any value in terms of recyclability. With Disney buying out Fox Studios, this film doesn’t feel like it provided any level of closure fans could expect. After seeing this film, it became abundantly clear why Marvel would want to wait almost 5 years or more until they try to reintroduce the X-Men again.

For those wondering where this movie would rank among the X-Men franchise, it’s no where near the better movies like Days of the Future Past, X2 (2003), or X-Men: First Class (2011). In my opinion, Dark Phoenix is closer to the level of  X-Men: Apocalypse (2016). So however you felt about X: Men Apocalypse, you can probably expect to feel similarly to Dark Phoenix. Given the fact that Dark Phoenix is going to be banking on the name recognition of the X-Men franchise, I strongly recommend a matinee watch or a $5 Tuesday just to maximize your viewing experience. Plus if you end up being disappointed, at least you didn’t break the bank doing so.