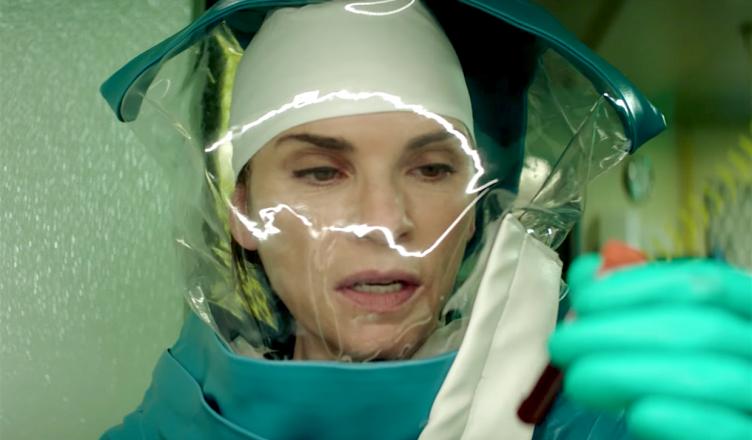 Hey Chicago! Did you want to see THE HOT ZONE starring Julianna Margulies, Liam Cunningham and James D’Arcy? Would you like to see it early and free? Well National Geographic is inviting you to a free advance screening of THE HOT ZONE! These admit-two passes are first come, first serve so hurry and claim yours now!

About THE HOT ZONE:

THE HOT ZONE , starring Golden Globe and Emmy award winner Julianna Margulies as Dr. Nancy Jaax, is based on the eponymous international best-seller by Richard Preston. It is inspired by a true story about the origins of Ebola, a highly infectious and deadly virus from the central African rainforest and its arrival on US soil in 1989. When this killer suddenly appeared in monkeys in a scientific research lab in the suburbs of Washington, D.C., there was no known cure. A heroic U.S. Army scientist (Dr. Nancy Jaax) working with a secret military specialized team put her life on the line to head off the outbreak before it spread to the human population. THE HOT ZONE is a dramatic, high-stakes scientific thriller with a courageous, brilliant and determined heroine at its center. The limited series is produced by Fox 21 Television Studios, Lynda Obst Productions, Scott Free Productions, Kelly Soulders, Brian Peterson and Jeff Vintar. Director: Michael Uppendahl
Stars: Julianna Margulies, Liam Cunningham and James D’Arcy
THE HOT ZONE will premiere on National Geographic Memorial day, May 27th 2019.  Be sure to follow E-Man’s Movie Reviews on Facebook, Subscribe on YouTube, or follow me on Twitter/IG @EmansReviews for even more movie news and reviews!