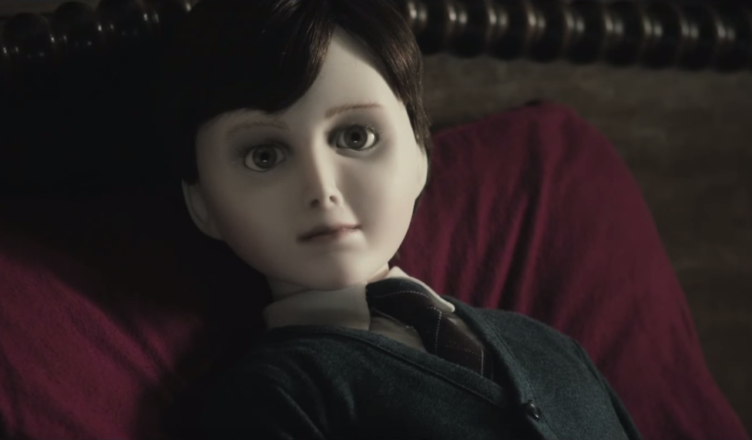 Synopsis: An American woman takes a job overseas to be a nanny to a special boy, who she discovers is actually is a doll.

Creepy doll movies are making a comeback. It all started with Chucky, and in recent years we’ve have been introduced to Annabelle, Billy (Dead Silence), and Jigsaw (SAW) to name a few. In “The Boy” another doll makes it’s debut–Brahms. He’s an English doll, so does that make him more or less intimidating? Hah!

The very attractive Lauren Cohan plays Greta (sounds like a British name) is an American woman that takes a nanny job in a secluded English village. Merely to escape her rocky relationship stateside. Once she arrives, she discovers that she won’t be taking care of a regular 8-year-old, instead she’s tending to a life-sized doll. Let’s just say this doll is more than meets the eye.

The movie isn’t as cliche as it might appear to be. The plot takes a while to develop, but it’s a good thing. Many mystery horror films just jump right at the first opportunity to spook and drop elements of the supernatural, but this one holds-off for a while. The first hint is when the doll sheds tears, but when Greta notices, it’s the crappy old ceiling that’s letting the rain drip through it. Fix that roof people. You have money to hire an American nanny, you must have money for a new roof. Cohen does a nice job of bringing some emotion to the movie. The best part of the movie is the twist towards the end. It’s that twist that separates it from being just another possessed creepy doll movie. I found this movie to be somewhat believable. No I don’t believe in crazed dolls, but I could rationalize this film.

So would a 34-year-old woman really go across the pond for a nanny job? Maybe that stuff happens, but it would seem that Greta should be played by a younger woman in her 20’s. Not that I disprove of Cohan. The final act has a fun and interesting reveal, but that makes the events that transpire throughout confusing and not fully validated. This isn’t a film that offers many scares. It feels a lot more like a mystery thriller than a horror movie. It doesn’t even have many purposely planted “jump” moments that horror films are known for. While the doll looks creepy, it isn’t very intimidating or mystical. The Blu-ray version of the film could have used a few a few extra features, but it has no features at all.

I enjoyed “The Boy”. It was nicely paced and not rushed. Granted that provided some lull moments, but it’s a worthy trade-off. The final act was intriguing and surprising. Even though the promotions and trailers would make you believe that it’s another doll movie, it actually is more closer liked to something like “Halloween”. You should be able to watch this movie late at night without having any nightmares (assuming scary movies actually do that for you). Just keep in mind, there is more to this doll boy than you think.