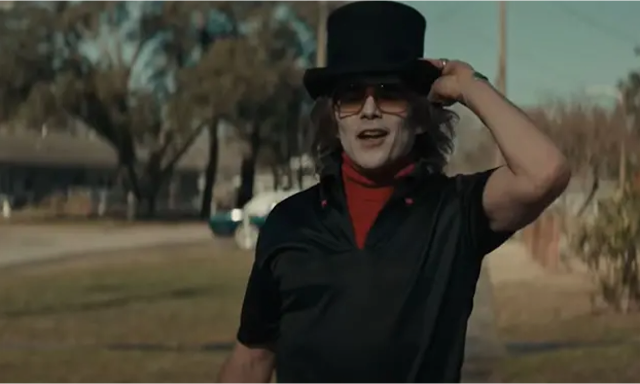 If films like Malignant, A Quiet Place 2 and Caveat got you cowering behind the sofa in 2021 wait til you see what’s on the horror menu for this year. Some old classics are being re-visited on the blockbuster side of the market, whilst there are a few highly-anticipated low budget handheld offerings too. One thing is for sure, there will be no let-up in the frights! Here, we’ve picked the six horrors we are most looking forward to watching on the big screen in 2022. Enjoy! 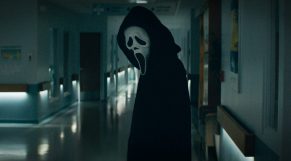 Wow! It really is 25 years since the original Scream film first arrived on our screens with its nail biting mix of farce, tension, gore and fear. This is the fifth movie from the franchise staring our old friend the multi-character Ghostface, and more than a few familiar faces are back from the originals to help unmask him (or her). Neve Campbell, David Arquette and Courteney Cox are all involved, though for the first time, legendary horror director Wes Craven is not (he died back in 2015). Instead, Matt Bettinelli-Olpin and Tyler Gillett are behind the cameras. 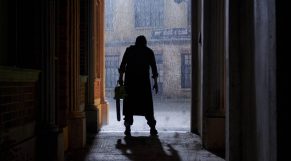 It’s a been a long, long wait for the sequel to one of the most infamous horror movies of all time, 1974’s Texas Chainsaw Massacre. The original has been talked about as loosely metaphorical for the American age in which was made, and is known for its (at the time) shockingly dark subject matter of cannibalism, as well as it’s dark humour. As before, the narrative takes place in a remote Texan town, this time as four innocent-enough young entrepreneurs set up their new business venture there, unaware that they are encroaching on the territory of one of horror’s most iconic serial killers.

It’s due for release on February 18th. 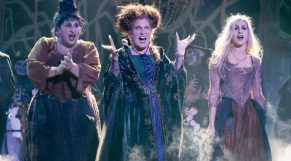 Witches are a perennial feature in popular culture. From classic movies like the Blair Witch Project and Robert Eggers’ The Witch, to retro TV like Rent a Ghost, or even popular games like Book of Shadows, they can both evoke feelings or abject terror or inject a dose of humour into proceedings as and when required. In the case of Hocus Pocus 2, the follow up to the 1993 film, it is the latter, as you would expect from a Disney release. This time with Bette Midler, Kathy Najimy, Sarah Jessica Parker accidentally summoned by a young aspiring witch with spell-binding consequences.

This one isn’t out ‘til autumn but should be a huge draw at the box office.

Just to show that it’s not all about classics being revived, here’s a new title for you, with a somewhat unexpected star turn and a rather disturbing cover picture. The narrative follows a serial killer with a taste for children. Ethan Hawke is the sinister ‘The Grabber” (daft name, but hey!) picking up kids in a small Colardo town. The men behind the cameras are Scott Derrickson and Jason Blum and they have impeccable horror back catalogues including Sinister, The Purge and Insidious, which suggests this could be another classic in the making.

The Grabber’s latest victim is held in a sound proofed basement but received help from past victims who speak to him through a disconnected phoneline.

The Black Phone is due for release in June 2022. 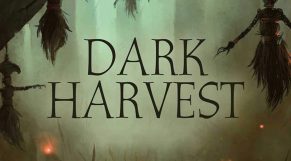 The Black Phone is based on a short story by Joe Hill. Another horror release for 2022 that takes its inspiration from fiction is Dark Harvest, originally a book by Norman Partridge and now another Halloween film based in remote mid-Western town (places to be avoided at this particular time of year it seems!). The story goes that every October 31st, the figure of Sawtooth Jack arises from the cornfields to lay waste to teenagers in the local town. The kids, being kids, see it as a challenge to bring down this mythical monster once and for all … with terrifying consequences.

Dark Harvest may seem like several classic horrors rolled into one and lacking a little in originality, but the novel it’s based on was a hailed as one of the best of the year back in 2006 by Publishers Weekly. For the movie, you’ll have to wait until it is released in September 2022 to find out for yourself whether or not it is a winner. 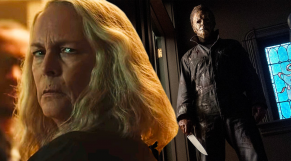 Let’s finish on another classic shall we, and the final instalment in the brilliant ‘Halloween’ franchise. The rumour is that this will be the end of Michael Myers – he has survived multiple attempts on his life, many of which would have killed most mortals, so your guess is as good as ours if he really will be gone for good once the credits roll.  Of course, Jamie Lee Curtis is back to reprise her role as Laurie Strode once more, whilst the setting will be the post-pandemic world.

Beyond that, we don’t know much more. All will be revealed when the film gets its theatrical release in the third week of October (when else?!).

Horror Movies To Look Out For in 2022

Loneliness, Being Alone, and How to Enjoy Solitude