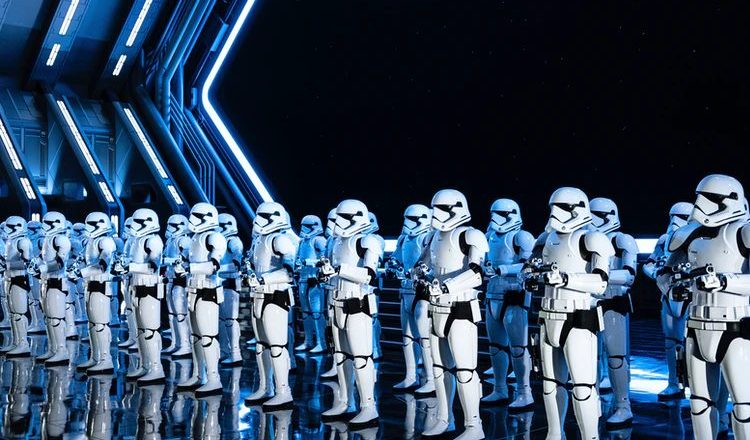 It’s one of the best collaborations in the galaxy of gambling! The Star Wars epic sagas were often well-entangled in high-end casinos and the life of the 1%’ ers in outer space. For movie buffs who also love iGaming and online gambling, it doesn’t get better than this!

Kevin Cochran is a passionate Star Wars and iGaming fanatic that shares his passion with humans and aliens wherever he goes, whether it’s here on solid ground or in a galaxy far, far away, so he’s the chosen one to shed some light about the gambling world in the Star Wars lore.

The most famous casino in the Star Wars franchise is probably Canto Casino in the city of Canto Bight on the planet Cantonica. Here, the rich and famous rub shoulders and wager high stakes against one another.

Maybe some of those high rollers won a game of free keno online and became instant millionaires? Cantonica is like Monte Carlo, but in a galaxy far, far away.

Some of the most memorable scenes of the franchise were developed around wagering, like when Qui-Gon Jinn placed his bets on young Anakin Skywalker in the Boonta Eve Classic pod races. As you know, this bet won the child his freedom from slavery in The Phantom Menace.

The gambling theme has been finely woven into the Star Wars franchise. There are so many planets throughout the franchise that were created for wagering games amongst the aliens.

Since Luke Skywalker and Obi-Wan Kenobi visited the ominous Mos Eisley Cantina in 1977, it soon became a feature throughout the franchise.

Which Casino Games are found in Star Wars?

The popular wagering games enjoyed throughout the Star Wars universe offer games similar to what we enjoy here on planet Earth. If you think about the races held at Canto Bight, it’s very similar to a day spent at Woodbine racetrack.

Slot Machines also featured in Canto Bight on Cantonica as Lugjack. It’s unfortunate for the millions of fans that the Star Wars-themed slot machines were all recalled in 2012 when Walt Disney purchased the franchise.

Sabacc is a card game for those who enjoyed a game where skill and luck had to be combined, and the player who’s hand was closest to 23 won.

It’s an intergalactic version of blackjack. Through a game of Sabacc, Han Solo managed to get the Millenium Falcon from Lando Calrissian in Solo. Han is also responsible for the famous line: “Never tell me the odds.” What Gambling Games Do they Play In Star Wars?

If you want to spend a day at the tracks, you’ll find either alien Umgallion obstacle races or Odupiendo flightless birds on a circular race track to wager on. Swoop betting was also common throughout the galaxy in the days of the Old Republic

The pod races are another favourite, with pods speeding up to 700 miles per hour. This is a game for the speed lovers among the stars. Sun Jammer racing is another huge favourite amongst our alien friends.

The Star Wars phenomenon is here to stay. With millions of fans of the franchise worldwide, it’ll never stop being a huge attraction for movie lovers and online gamblers worldwide.

Even though the slot machines aren’t in circulation anymore, you’ll still find many Star Wars-themed online slots that will remind you of your all-time favourite characters and scenes.

Microgaming has a few online slots that are Star Wars themed and enjoyed by many fans. There’s such a close synergy between Star Wars fanatics and online slots lovers, software game developers would be missing out if they don’t deliver slots around this theme to be enjoyed.