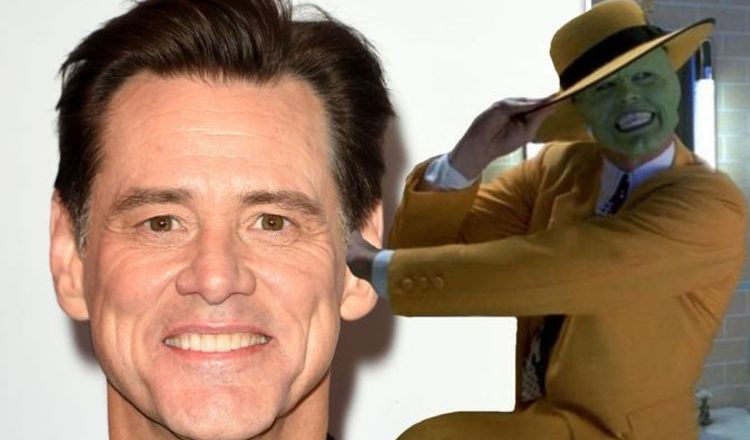 When you’re a very popular singer, or you’re in a world-famous band, there comes a point where your audience is more interested in hearing your ‘greatest hits’ than they are in anything new you might have to share with them. When Aerosmith or Guns n’ Roses go out on tour now, nobody wants to hear anything off their new album. The whole crowd wants to listen to the songs they already know and re-connect with their youths. The same is sometimes true of actors. Even stars who’ve refused to do sequels to their most famous films for most of their careers often come back to them in the end. We’ve seen Sylvester Stallone do it with both “Rocky” and “Rambo.” Now it appears that we might be about to see Jim Carrey head down the same road.

Jim Carrey’s career as a comic actor has been a long and successful one, and it’s included a number of iconic roles. Some of you will know him best for his starring role in “The Truman Show.” For others, it’ll be his hilarious performance as the duplicitous lawyer Fletcher Reed in “Liar Liar.” Both of those films have been enjoyed by millions of people all over the planet, but without wanting to disparage them, we don’t think they’re his most famous roles. For that, we’d have to go with either “Ace Ventura” or “The Mask.” For a generation of children who grew up during the 1990s, they were a highlight of childhood. We’ve already seen rumors that Carrey is giving serious consideration to playing pet detective Ace Ventura again. Now it seems that he might also be tempted into giving another performance as “The Mask.”

If these rumors were to be confirmed, it would be a remarkable revival of a film that’s never truly been followed up on since it was released in 1994 and made stars out of both Carrey and co-star Cameron Diaz. There was a short-lived animated television series that lasted for a year, and a (terrible) sequel-of-sorts in the shape of “Son of the Mask” that was released to both commercial and critical failure in 2005, without either Carrey or Diaz re-appearing. Despite those setbacks, its legacy lives on. Today, even 26 years since the film was released, an online slots based on the movie still does a roaring trade on several online slots websites. That fact might be driven more by nostalgia than by a desire to see new content, but it also might suggest that if people are still willing to spend money on “The Mask ” as an online slots game, they might also be prepared to spend money on it as a film.

The fate of the 2005 “Son of the Mask” film proves that the concept is doomed without Carrey, and for the majority of the past two decades, Carrey has shown no interest whatsoever on treading over old ground. As a loose rule, Carrey has rarely shown any interest in creating sequels to any of his biggest films, other than “Ace Ventura” towards the beginning of his Hollywood career and “Dumb and Dumber” at what some might call the end of his ‘peak’ years. It’s clear that something has changed in Carrey’s attitude toward the project, and his apparent willingness to return to the role will doubtless get Hollywood producers excited, but nobody should start to believe that this is a done deal yet. Based on what Carrey’s had to say about the idea so far, he does have a genuine interest in playing Stanley Ipkiss again – but it would come with a condition.

In what some might see as a snub to Mike Werb and Charles Russell, who wrote and directed the first film respectively, Carrey apparently doesn’t have any interest in making a sequel if either of them were involved with it. Instead, according to comments that were made to the press and picked up by a variety of media outlets, he’d like to see the property put into the hands of a ‘visionary filmmaker’ who might have unusual ideas for it. That’s probably a polite way of saying that he’s interested in the notion of playing the part again, but only if the film is handled by somebody he trusts to write a strong script rather than playing off the goodwill of the original movie.

If a script is ever written for this proposed new “Mask” project, it almost certainly won’t include the character of Tina Carlyle, as played by Cameron Diaz in 1994. After a glittering twenty-year movie career, Diaz returned from acting in 2014 and has since resolutely remained focused on her family life and her social and political activism. She’s rejected numerous offers to come back to acting, and it’s highly likely that she would reject this too if it were offered to her. The role could theoretically be recast, but there seems little point in doing so. More than a quarter of a century has passed, and there are many storyline explanations that could be given as to why Tina was no longer in Stanley’s life.

There would also be inherent risks in resurrecting such a treasured movie property after such a long time away. Carrey looks great for his age, but that doesn’t change the fact that he’s no longer the young, sprightly man that he was in 1994. The defining characteristics of the Mask character were his over-the-top physicality and his rubber-like facial expressions. As gifted as Carrey is, it’s unlikely that he’d be able to play it the same way now that he’s approaching sixty years old. Having said that, perhaps that could be the premise of the whole film. The story of the original “Mask” film was the question of what would happen if a young man was given ultimate power. The story of the second one could be the question of what would happen if a much older man were to be given that same power, and what he might do differently. It might not have the same comedic potential, but it would be an interesting idea to explore.

At present, this is all idle speculation other than what might turn out to be a throwaway comment from Carrey. If he was testing the water to find out whether the public would be interested in the idea, though, the answer is a resounding ‘yes.’ A new “Mask” movie for the 2020s? That would be smokin’!

How quality video editing can boost up your brand

The real stories behind your favorite sports movies