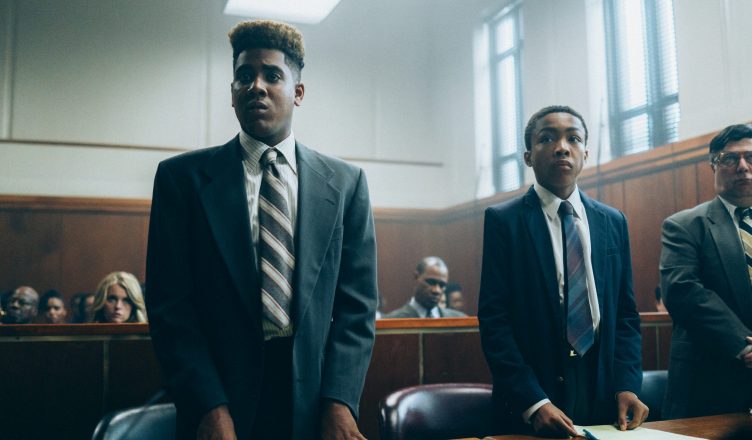 We know it can be hard to stay productive while everyone is on quarantine, especially if online classes or day-to-day work have slowed down. You might even feel limited in your productive capacity because it’s still unsafe to go outside. Luckily, we have glorious TV.

What, you think spending time watching TV is unproductive? Not when we’ve got 5 shows that can introduce you to serious contemporary drama. It’s like attending a lecture from Bryan Cranston. We hope these programs can supplement your work from home life and spark a discussion about what’s going on in the world. We’re going to cover a range of shows on this list, but the most lighthearted and easiest to binge is Avatar. This Nickelodeon cartoon tells the story of Aang, a 12-year-old boy who has the power to manipulate all four elements: air, water, earth, and fire. In a world that is divided into four nations based on the elements their citizens can “bend,” it is Aang’s job as the Avatar to sow peace and harmony between the disjointed populations.

This premise allows the audience to access heavy topics like innocence, propaganda, emotional abuse, environmentalism, refugees, classism, and genocide through the perspective of children in a fictional environment. (With excellent animation.)

While the premise might seem fantastical, the show delves deep into these complex issues over the course of three seasons. The extensive format of the show allows for audiences to explore characters from two warring nations. For instance, we see how long histories of violence affect the development of communities on a personal level. That’s why, as fun and entertaining as this show is, you can consider yourself starting the work of learning about systems of oppression. We recommend some parental guidance when delving into the world of Breaking Bad as it lands on the more intense side of the TV spectrum. The show provides a depressive and violent look at what happens when a low-income science teacher turns to drug dealing to survive/afford brain cancer.

When Walter White initially receives the bad medical news, he turns to his knowledge of chemistry to concoct the perfect batch of crystal meth. From there, his former student, street dealer Jesse Pinkman, helps Walter form a criminal empire behind his wife and son’s back. This show reads like Shakespeare’s Macbeth; Walter’s evolution into corruption, cruelty, and betrayal is a slow and heartbreaking journey from survival to power.

What makes this show difficult to watch, and qualifies it for supplementing your work from home, is just how realistic it is. Breaking Bad showcases how capitalist pressures on essential workers (like teachers) facing health concerns (like cancer) are inhumane and unlivable. How drug addicts need healthcare, not endless violence from police. How people of color and people with disabilities face systemic violence.

If you can stomach this show through to the end, we commend you … and maybe recommend giving Avatar another viewing to clear your system. Now let’s split the tonal differences. Gentefied is joyous in its celebratory depiction of Latinx culture and casting and emotionally taxing to learn more deeply about gentrification in the U.S. More specifically, the title Gentefied is a Spanish play on words that refers to the act of replacing low-income neighborhoods but with upper-class members of the same racial community.

In the show, three cousins -Ana, Erik, and Chris- struggle to keep their grandfather’s family-owned taco shop from going out of business. The three are respectively a painter, new father, and a chef, so the audience gets to explore these different facets of living and how their occupations relate to their common struggle. Additionally, Gentefied teaches audiences about the very real experiences that Latinx communities (and many people of color and low-income folks) face today. Rarefy covered by the news, the plight of gentrification is explored in intimate detail by the showrunners while they demonstrate how communal care can help combat the exploitative practice; a topical issue to learn about while we’re all confined to our homes, no?

This show is a mocumentary of the exaggerated life of Kenya Barris, the real-life creator of shows like Black-ish, Grown-ish, and Mixed-ish. Here, his fictional daughter Drea (one of six kids), attempts to capture the chaos that ensues for a college admissions project. At its center, #blackAF is really an educational comedy about black racial dynamics and history in the U.S.

As Kenya comes into some “new money” from the shows he’s produced, he reflects on his responsibilities as a black parent and as a successful black man. How does wearing a chain relate (through the white gaze) to his identity as a poor black man as opposed to wearing a chain as a rich black man? How can black artists critique each other’s work to improve their craft without bringing each other down? Does it demonstrate power to let someone take care of your kids or does it show that you can afford to do it yourself? These are some of the questions that are explored from Kenya’s perspective.

Equally, the #blackAF explores Joya’s take on parenthood as Drea’s mother. As a former prosecuting lawyer and now full-time parent, Joya struggles with her responsibilities as someone looking for a new vocation and as the one shouldering parenthood. Throughout the first season, we see confront her children about how black girls are categorically perceived as adults as well as embarrass them while partying as a supermom.

The relevant history and political dynamics constantly at play are telling of what many black Americans deal with. As a comedy, the creators are able to turn these lessons into an upbeat rollercoaster of cameos and hijinks.

Ava DuVernay’s five-part miniseries tells the real-life story of the Central Park Five (now known as The Exonerated Five). In 1989, five young boys –Raymond Santana (14), Kevin Richardson (14), Antron McCray (15), Yusef Salaam (15), and Korey Wise (16)– were wrongly accused of rape. Coerced by the police after a night of abuse and confinement, the boys confess to a crime they didn’t commit, and are subsequently given harsh prison sentences.

With each episode of the show, the audience explores the stages of violence that the carceral system enacts, including arrest, courtroom injustices and bias, the continued damage of prison beyond life behind bars, and finally, the personal harm and torture of confinement. This show is a masterclass in education about the inherent violence of incarceration and a relevant look at what the state is trying to protect. When movements like Black Lives Matter speak up about police violence and the evolution of slavery into the prison system, this show provides a relatively small yet commonplace look at what they’re talking about for those who wished to become better informed. With beautiful storytelling, heartbreaking performances, and intimate artistry, this series is a must-watch for those looking to remain productive while on quarantine.

View all posts by Eric Earle →

Get your TV and internet services installed during the lockdown

How To Get the Most Out of Your Disney Plus Subscription

What Kind of Merch are YouTubers Selling?