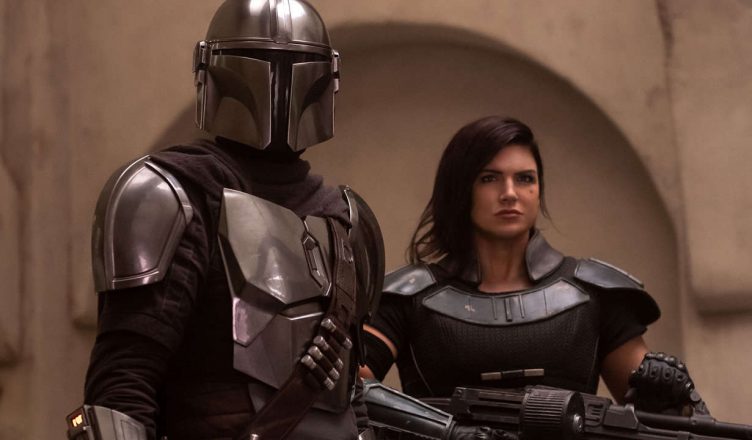 The Disney+ streaming service has been an easy sell for most families given their abundance of familiar properties they’ll be known for watching again and again. From the engrossing Marvel Cinematic Universe to the stellar Star Wars saga to the animated classics, there’s plenty to stream on the service. But let’s not forget about their TV offerings as well, spanning everything from action-heavy tales to silly stories for the whole family. Here are some of the best TV series to binge on Disney+.

A side-story of sorts to the Star Wars saga, The Mandalorian follows a masked stranger who wanders across the galaxy, protecting a strange baby creature resembling Yoda. Protecting the child, the Mandalorian becomes involved with dangerous missions, echoing the episodic adventures of the samurai classic Lone Wolf and Cub. You can stream The Mandalorian on Disney since 2019. While Disney+ does offer the original Ducktales animated series that became an afternoon staple of late-80s/early-90s television, the recent series manages to match the same quality of adventure and comedy. The series still centers around the globe-trotting exploits of the greedy Scrooge McDuck and his chipper nephews Huey, Duey, and Louie. The show is especially worth checking out if not for the more defined characters than for the nostalgic crossovers of other such Disney cartoons as Darkwing Duck, Goof Troop, Chip & Dale, The Three Caballeros, and so much more. Taking place between the events of Tron (1982) and Tron: Legacy (2010), Tron: Uprising tells the tale of how the electronic world of The Grid came to be ruled by the totalitarian state of Clu. The animated series focuses on one city of The Grid where a damaged and defeated Tron trains a young and rebellious program to take on his mantle and inspire a revolution. Built with wondrously angular CGI animation, boasting an exceptional cast of celebrity voices, and music from the original composer of Tron: Legacy, this is a highly underrated series that went mostly unnoticed when debuting on Disney XD in 2012. Hopefully it can find more life and appreciation on Disney+. One of the longest running television series ever also happens to be on Disney+. Does The Simpsons even need an introduction? It’s the most iconic animated sitcom ever and continues onto this very day with over 30 seasons. Though fans often debate when the series lost its pop culture appeal, one can decide for themselves by binging all seasons spanning back to the 1990s. Existing between the events of Revenge of the Sith and A New Hope, Star Wars: Rebels follows a band of misfits rebelling against the newly formed Empire and its grip on the galaxy. The series features all the hallmarks of Star Wars from Stormtroopers to Jedi. There’s even a cameo by the ultimate villain of the series, Darth Vader. Loaded with witty adventure and sci-fi action, it’s a brilliant bit of expansion to the Star Wars universe.

The World According to Jeff Goldblum As the title implies, this documentary series follows veteran actor Jeff Goldblum as he traverses the globe. On his travels he learns about everything from cooking to dancing. All of these topics are approached with that trademark Goldblum charm of stammering and smiling.

Star vs. The Forces of Evil Star Butterfly is a magical princess that has just received a magical wand for her 14th birthday. But she may not be ready for the magic bestowed upon her as she gets into all sorts of magical hijinks on Earth with her pal Marco by her side. A hilarious bit of fish-out-of-water animated adventure for kids with some strong writing. Dipper and Mabel are a brother and sister duo that come to live with their great uncle Stan at his tourist trap for the summer. Their summer vacation takes a trippy turn when Dipper discovers a mysterious book that reveals strange mysteries within the woods. Everything from evil gnomes to buried aliens are unearthed in this animated series that brilliantly mixes surreal adventure with eccentric humor. Gravity falls is also available for streaming on Hulu. Taking place between the events of Attack of the Clones and Revenge of the Sith, The Clone Wars is the longest running Star Wars series, spanning since before Disney acquired the franchise. The CGI animated series, having only recently wrapped, follows the adventures of Obi-Wan Kenobi and Anakin Skywalker as they battle against the Confederacy of robot armies with the Republic’s clone armies. Slowly, the dark side of the Republic is revealed. Disney+ has plenty of educational programs in the form of National Geographic additions. But by far the most thrilling and heavy of material is that of Cosmos: A Spacetime Odyssey, a continuation of the 1980s series by Carl Sagan about the mysteries of the universe and what we know via science. This 21st century series is presented by Neil deGrasse Tyson and covers everything from molecules to climate change.

How to swap Safemoon to Solana?