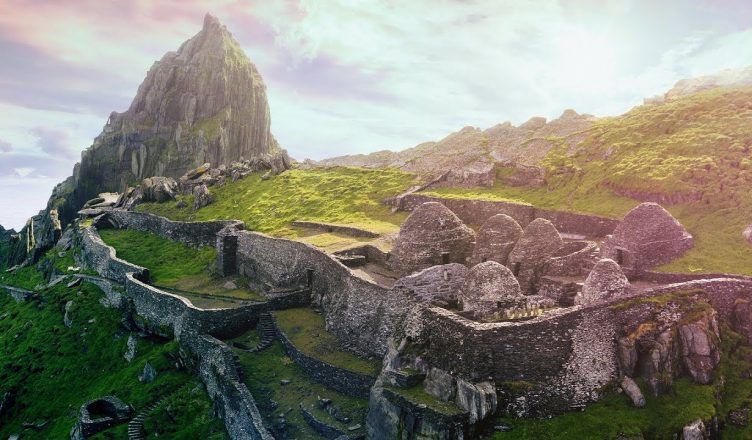 A long time ago in a galaxy far, far away audiences were introduced to Star Wars, the film franchise that brought us Jedi, lightsabers and epic space battles.

This year marks the arrival of The Rise of Skywalker, the ninth film in the saga, where the Rebels and the First Order will do battle for the final time.

We’ll no doubt be introduced to some incredible creatures and mind-blowing planets that you’ll wish you could visit. Well you can (kind of) – Star Wars was filmed on earth after all.

With that in mind, here are four spectacular Star Wars Movie locations you can visit. The Plaza de Espana in Seville served as the exterior setting for Theed (the capital of Naboo), which Anakin and Padme walk through in Attack of the Clones.

It’s a magnificent brick structure, which runs around the plaza in a large semi-circle and has prominent towers at either side, which can be seen from all over Seville.

In front of the building lies a beautiful canal, where you can enjoy a boat ride. And at the very heart of the plaza is a gorgeous water fountain, which you can access by crossing one of four bridges running around the edge – each one representing an ancient kingdom of Spain. The beautiful island of Phang Nga Bay in Thailand was used as plate photography for the planet Kashyyyk, the birthplace of everyone’s favourite Wookie, Chewbacca, in Revenge of the Sith.

Surrounded by impressive limestone cliffs and mangrove forests, it’s a place that will well and truly take your breath away. And with wondrous waters all around, the island is the perfect place to engage in fun water sports such as boating, kayaking and snorkelling. The opening scene of The Empire Strikes Back on the ice planet Hoth was filmed on the Hardangerjokulen Glacier.

It’s the sixth largest glacier in Norway and a popular tourist spot all year round, attracting all sorts of people, from skiers to hikers and kilters. You can find out more about this gargantuan glacier on Glacier Tours Norway. Skellig Michael in Ireland was used as the setting for Ahch-To, the home of Luke Skywalker during his years in exile in The Force Awakens and The Last Jedi.

It’s a solitary place, inhabited almost solely by seabirds, making it the perfect place to reflect and muse on life. Characterised by its beautiful islands, each one with distinct triangular jagged edges, it’s a truly remarkable site.

Hopefully this list has spurred you to head off and visit some of these iconic Star Wars locations. So all that’s left is to find your flights (plane of Death Star?), pack your gadgets (remember your lighsaber), pre-book your airport parking on Looking4.com and enjoy a fantastic film themed trip that’s out of this galaxy.

What are your favourite Star Wars locations? Let us know in the comments section.