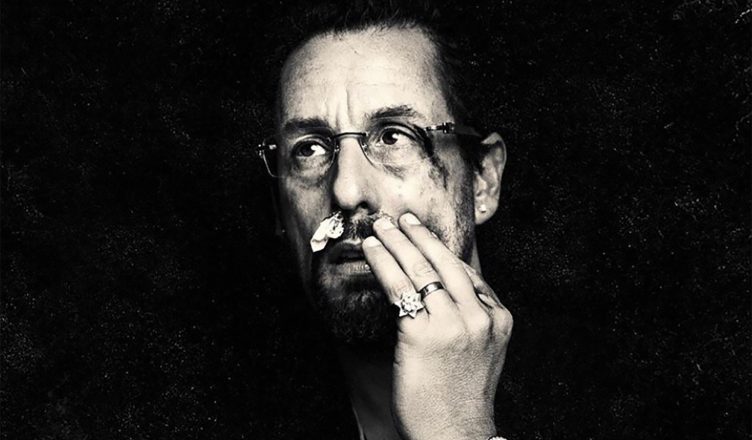 From acclaimed filmmakers Josh and Benny Safdie comes an electrifying crime thriller about Howard Ratner (Adam Sandler), a charismatic New York City jeweler always on the lookout for the next big score. When he makes a series of high-stakes bets that could lead to the windfall of a lifetime, Howard must perform a precarious high-wire act, balancing business, family, and encroaching adversaries on all sides, in his relentless pursuit of the ultimate win.

Uncut Gems establishes a gritty and authentic New York vibe that successfully sets the stage in this film. It really felt like it also tapped into a very specific subculture of New York culture. I appreciated how Uncut Gems tried to tap into the Jewish culture and gives us a glimpse of the life of a jeweler who works with high profile clients in the sports and hip hop sectors. It’s really the little things that bring all that to life from the New York accents all the way down to a Passover celebration with family. All of of which immerses you into the world of “Howard Ratner”, played by Adam Sandler. It’s fair to say that Adam Sandler has probably given one of his best performances of his career in Uncut Gems. The role as “Howard Ratner” was a perfect fit for Sandler as he was able to settle right into the charismatic persona. Sandler didn’t have to be too eccentric but, given the situations his character deals with, Sandler found the right balance within his delivery. He completely sells the reality that his character is truly flawed, and compels you to feel sorry for him almost at every turn. The writing for his character gave Sandler a lot to work with and he was able to display some range within his character’s emotional highs and lows. Next to Sandler’s solid performance, Uncut Gems does a great job of capturing the theme of addiction. More specifically, through the character of Howard Ratner, this film gave us a really good look at the addiction of gambling. I loved how they showed the effects of the addiction not only on Howard, but on his family as well. It was intriguing to see the consequences and results of his actions and how each decision affected his life. What makes this so compelling is that you get a first hand look to see how volatile the life of a gambler can be as you experience his figurative and literal wins and losses. Often times, you can feel a bit of the rush or the high when Howard would create a high stakes bet. At that point, you can’t help but to stay glued to the screen to see whether or not he’ll come out big or fall flat on his face.

I don’t think this movie did a good enough job with fleshing out the characters. One thing that stood out as problematic to me was that I didn’t think the “bad guys” (who were putting pressure on Howard) were clearly defined enough. At one point it seemed as though they were working for “Arno”, and then at another point it seemed like “Arno” was working for them. Due to this lack of clarity, the ending of the film felt a bit off, despite still being shocking. A few more details earlier on in the movie about their business arrangement might have been helpful in my opinion. In addition to that, I thought that it was a missed opportunity to emphasize the other business relationship  Howard cultivated with Lakeith Stanfield’s character “Demany”. I suppose the underlying issue with all this is that, we’re just thrown into a story and while the fast paced drama ensues, we simultaneously have to play catch up with the characters and their backgrounds. Uncut Gems is driven by a solid performance by Adam Sandler in an enthralling story of gambling addiction. Above anything else, you’re watching this to see Adam Sandler shine, and the chaotic drama will only keep you tuned in until the very end. Uncut Gems is one of those movies that I don’t think many people will regret watching.  Even if you’re unfamiliar with the world of gambling, Uncut Gems will bring you into that world enough to where you can get a strong sense of what it’s like. It was refreshing to see Adam Sandler be in a more serious role, and I think fans of his comedy films will still enjoy him in this film. Uncut Gems is definitely worth the watch in either theaters or in a home setting.