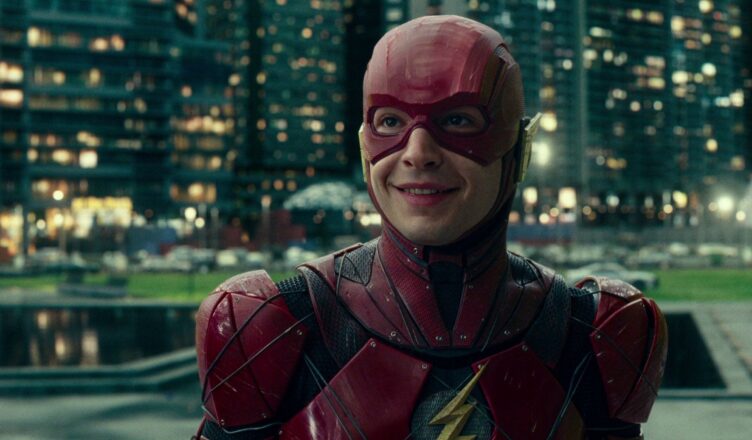 Ezra Miller reportedly met with Warner Bros. to and talk about course correcting The Flash. Warner Bros. is in the middle of a “reset” when it comes to its DC Film properties. Several projects have slowed and no one is quite sure what the future looks like for certain films. The Flash is currently set for release on June 23, 2023, but Ezra Miller’s legal troubles and Warner Bros. unpredictability have put the film under the microscope. Fans seem to be split on whether or not The Flash should be scrapped; however, it seems like Warner Bros. wants to go ahead as scheduled.

Ezra Miller is currently awaiting trial in Vermont for a burglary charge, where they allegedly stole liquor bottles from a house when the owners were not present.  Miller has also been accused of child endangerment, grooming, assault, and running a cult. These serious allegations have caused a lot of trouble for the actor and their future projects. The future of The Flash is seemingly up in the air, but Warner Bros. seems hell-bent on releasing the film. Ezra Miller has released an official statement where he apologized for their recent actions and claims to be seeking professional help for “complex mental health issues.”

According to The Hollywood Reporter, Ezra Miler and their agent Scott Metzger met with Warner Bros. film chairs Michael De Luca and Pamela Abdy to discuss the future of The Flash. In the meeting, Miller apologized for bringing negative attention to the film and pledged their commitment to the project. According to THR’s sources, prior to the meeting De Luca and Abdy were exploring all options for The Flash, including canceling the nearly $200 million film. We do not know what exactly was said in the meeting; however, it seems like Warner Bros. is still looking at all the options on the table.

This new report is not surprising. Miller’s recent apology and the fact that they are seeking help give the impression that they are trying to do some course correcting of their own. Now, the allegations against Miller are very serious and there are people they hurt. If they really are remorseful and want to move forward then I think Warner Bros. should try to work with them. That being said, if the situation with Miller deteriorates any further, Warner Bros. may not have as many options as they do now. There are still a lot of fans who want to see The Flash scrapped and they very well might get their wish if Miller isn’t genuine about getting help. One more incident could be the straw that broke the camel’s back. While the future of The Flash is uncertain, hopefully, Warner Bros. and Miller can get things back on the right track.