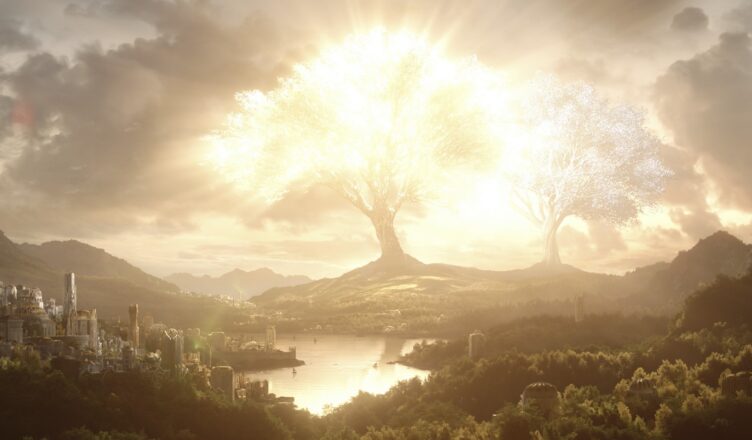 San Diego Comic Con has begun and we have the first trailer and new images for Amazon’s The Lord of the Rings: The Rings of Power. The very first Lord of the Rings series has been in development at amazon for quite some time. The series is slated for release on September 2, 2022 and features an ensemble cast of Cynthia Addai-Robinson, Robert Aramayo, Owain Arthur, Maxim Baldry, Nazanin Boniadi and Morfydd Clark. Set thousands of years before the events of The Hobbit and The Lord of the Rings, the series is based of J. R. R. Tolkien’s history of Middle-earth.

The project was first announced in 2020, and was created by Patrick McKay and John D. Payne. Since then fans have received very little information regarding the series. Sure, there have been casting announcements and rumors, but nothing really concrete. With San Diego Comic Con on the horizon, many expected for Amazon to reveal more about the project. And boy did they deliver.

You can see the Hi-Res images from The Lord of the Rings: The Rings of Power below:

This series looks absolutely breathtaking. For a long time, people have been guessing that The Lord of the Rings: The Rings of Power would be the next Game of Thrones. While that remains to be seen, I think the trailer looks amazing and the images are beautiful. The trailer gives us a good look at all the realms. Including the Elves, Dwarves and Humans. It also hints at Sauron rising. You can tell right away that this is a Lord of the Rings property without a doubt. It has the same feel and look as the films. While the characters are mostly new, they also feel familiar in a strange way. Maybe that’s due to being back in the Tolkien realm. Whatever the case, I couldn’t be more excited for the series. The Lord of the Rings: The Rings of Power will premiere on Amazon September 2, 2022.

Series Synopsis: Epic drama set thousands of years before the events of J.R.R. Tolkien’s ‘The Hobbit’ and ‘The Lord of the Rings’ follows an ensemble cast of characters, both familiar and new, as they confront the long-feared re-emergence of evil to Middle-earth.