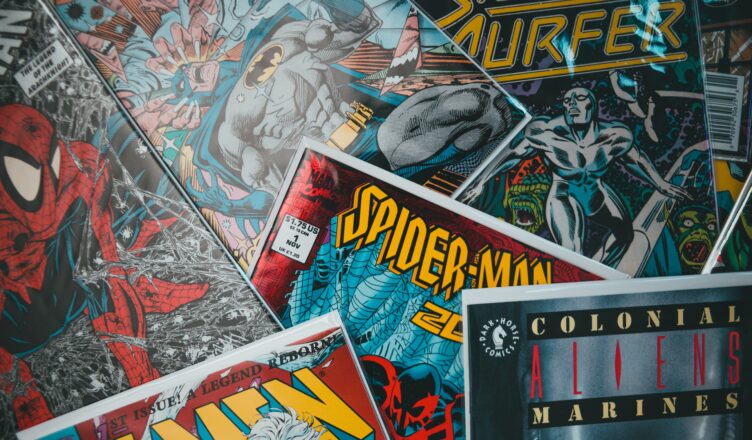 Looking for the perfect gift for one of your friends who also happens to be a major Marvel fan? Then you need to check out this guide before you go shopping.

The Marvel Universe has captured people’s hearts and imaginations for decades through its enthralling literature and films. Over the years, the Marvel characters have given rise to a genuine cultural phenomenon and the fandom continues to grow, attracting more and more people to its ranks. Maybe you’re a Marvel fan yourself, or maybe you are not really into the comics or the movies, but one thing’s for sure – there’s no way you don’t know at least some of the most beloved Marvel superheroes unless you’ve lived your whole life under a rock.

And yet, when searching for a gift for true Marvel devotees, things can get a little tricky, not because of a lack of options but because die-hard fans are quite famous for their sometimes peculiar and very specific preferences when it comes to Marvel-themed items. So, if you don’t want to run into this or that dilemma and rack your brains trying to figure out which gift you should choose, this guide can point you in the right direction.

Every Marvel movie ever made

The Marvel Cinematic Universe began in 2007 and since then it has rounded up no less than 28 gripping movies. It’s fair to assume that fans have seen them all at least once, and they’re surely keen on seeing them again. But do they own the entire movie collection on BluRay? Given that Marvel Studios have been quite busy lately, putting out as many as three movies per year, it can be difficult even for true enthusiasts to keep up with their pace.

Well, you can help your friend complete their collection so they can binge-watch their favourite movies whenever they feel like it. This gift does fall on the pricier side, but can you really put a price tag on the joy it will bring to a Marvelite to own every Marvel movie ever made?

While the Marvel Cinematic Universe has expanded quickly in the past few years, it’s nothing compared to the comics realm. You could fill in an entire library if you were to gather all the individual issues in the Marvel series – which amount to a total of 29,418 comics to be more precise – under one roof, so you obviously can’t do that.

But what you can do is gift your friend a subscription to Marvel Unlimited, which is a service that gives users easy and fast access to 29,000 digital Marvel comics from the very beginning to the present day. Users can read the comics on their desktop or on the Marvel Unlimited app, and since Marvel continues to put out new series, this will also be a great way for them to keep up with the latest titles.

Can someone really call themselves a fan if they lack true fan paraphernalia? Marvel enthusiasts love to display their passion by purchasing and collecting all sorts of accessories, trinkets, and decorations that remind them of their favorite characters and stories.

But it’s just as true there are so many Marvel items out on the market at the moment that you can easily fall down the rabbit hole searching for the right one. If you’re having a hard time deciding what Marvel merch to choose as a gift, some Funko Marvel collectibles in the form of Pop! Vinyl Figures are sure to sweep them off their feet and make a great addition to their current collection.

We’ve never met a kid who doesn’t love playing with Legos but we also know of a few adults that are just as passionate about building things with these tiny pieces of plastic. Fortunately, Marvel and Lego have had the bright idea to partner up and create an official Lego-Marvel collection, so now you can offer your friend the best of both worlds by gifting them a Marvel Lego set.

From Spiderman to Iron Man, you can find all the popular Marvel superheroes in Lego form, ready to bring out the inner child one brick at a time. Just make sure you warn your friend about stepping on one of the pieces in case they’re not familiar with the Lego foot pain.

Marvel devotees not only love to collect Marvel-themed items, but they also like to wear them, especially at conventions or special fan gatherings. Luckily for them and for you, Marvel clothing items such as T-shirts, hoodies, or caps are a dime a dozen these days, so all you have to do is know their size and choose something they don’t already have hanging in their closet.

If they’re the kind that likes to go all-in and are not afraid to let the world know how much they love Marvel characters, you can gift them a full-on Marvel costume that can help them get into character. Do try to get the character right as you don’t want to dress them up in one of the Marvel villains they despise.

The story of Marvel Studios

The Marvel Cinematic Universe can be quite labyrinthine as there’s always something more to discover about the movies or the filming and production process. A journey behind the scenes can be truly fascinating for both die-hard fans and newbies to the Marvel phenomenon.

In case your friend enjoys delving deeper into the Marvel realm and learning all the ins and outs of the franchise, we’ve got just the thing for them: The Story of Marvel Studios: The Making of the Marvel Cinematic Universe, written by Tara Bennet and Paul Terry. This book provides fascinating insights into everything that happens behind the camera, so it’s sure to keep your friend busy for a while.