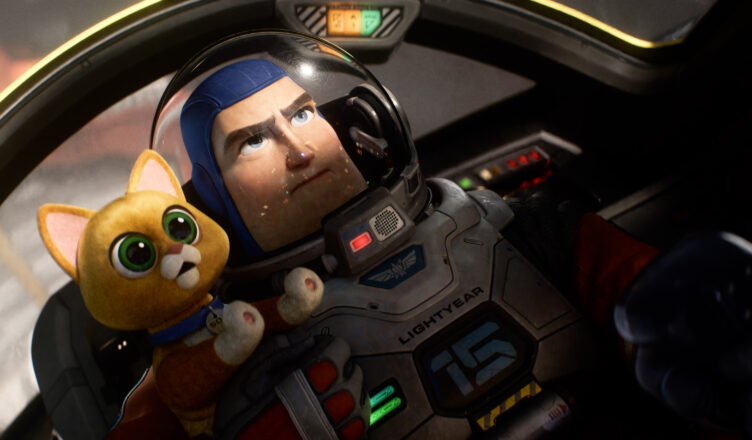 The definitive origin story of Buzz Lightyear, the hero who inspired the toy, “Lightyear” follows the legendary Space Ranger after he’s marooned on a hostile planet 4.2 million light-years from Earth alongside his commander and their crew.

OMG Lightyear is a fantastic movie. Lightyear opens up by skipping over expectations. Whatever you think the plot or narrative might be about is teased but tossed out early in the movie. A lot of movies try this approach but few do as good a job at the execution as Lightyear. This movie is a film about the history of the famous space ranger toy Buzz Lightyear from the Toy Story franchise. Buzz is a “real” person and he’s trying to save his crew after an accident leaves them stranded in space. Pixar movies seem like they follow a formula of introducing plot and character motivations before they even show the title. We learn a lot about Buzz in the opening moments of the film. We learn about his character, his friendships, his goals, and more. This opening shows us how Buzz feels guilty that his crew is stranded and his dedication to getting them home. 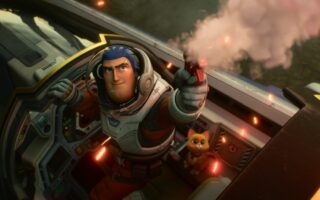 This movie has some incredibly funny writing. This is your only warning because some of the most hilarious moments are the spontaneous jokes the movie delivers. Lightyear will more than likely have you laughing out loud at the movies so this isn’t for the meek. Keep an eye out for SOX because things really pick up comedically after they introduce his character. I won’t judge if you laugh so hard that you cry real tears because I’m guilty of that too. Lightyear, and most Pixar movies, have a way of luring you into a false sense of comfort and then doing something really funny or will introduce a plot twist that completely changes your expectations for the movie. Lightyear is exciting because I have no idea what will happen next. There’s a point where I noticed myself fully immersed and just enjoying the whole experience.

As expected Lightyear also features some gorgeous animation. CGI has come a long way since the first Toy Story and Lightyear feels like a Pixar showcase. You’ll see incredible detail in the character models, the environments, and the lighting. There are a few moments in the movie where the visuals look like a high-end Xbox game. The dirt and grit of Gears of War seem to have inspired some moments in Lightyear and I love the results. Lightyear raises the bar for what I expect from my 3D animated films and I can’t go back.
Lightyear also has some beautifully written supporting characters. In addition to Chris Evan’s starring turn as Buzz Lightyear we have Izzy (Keke Palmer) and Alisha Hawthorne’s (Uza Aduba). I love that it feels like Pixar is on the front lines of representing diversity in their films. Both of these strong women receive some great screen time and emotional arcs that make them remarkable. I love that both of these characters are tightly written into the story.  Efren Ramirez as Diaz rounds out the group of Buzz’s crew but Buzz’s cat SOX is an absolute scene-stealer. There are a ton of great characters but Sox is one to keep an eye out for (Meow meow meow!!) 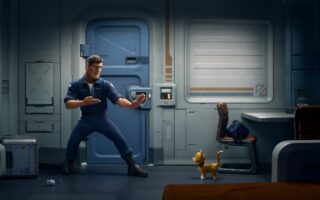 The Pixar formula is getting predictable. The first step in a Pixar movie is to introduce you to the characters. The next step is to sprinkle in some relatable situational comedy that makes you laugh to get your guard down. Finally, Pixar likes to make you cry. After you dry your tears they start playing the opening credits and the real movie begins. It’s a good formula but if you’ve been watching Pixar movies since Toy Story 1 (like I have!) this can be a little predictable.

Buzz Lightyear is still a fantastic character that is proving he can carry a film all on his own. Lightyear is a well-written, funny, and emotionally complex film that will leave you wanting more. Lightyear has a great and diverse cast and that is both lovable and memorable. I fully believe that Sox is an amazing character and deserves a spinoff cartoon or movie.

SYNOPSIS:
A sci-fi action-adventure and the definitive origin story of Buzz Lightyear, the hero who inspired the toy, “Lightyear” follows the legendary Space Ranger after he’s marooned on a hostile planet 4.2 million light-years from Earth alongside his commander and their crew. As Buzz tries to find a way back home through space and time, he’s joined by a group of ambitious recruits and his charming robot companion cat, Sox. Complicating matters and threatening the mission is the arrival of Zurg, an imposing presence with an army of ruthless robots and a mysterious agenda.

Disney's Lightyear Is Beyond Worth Watching