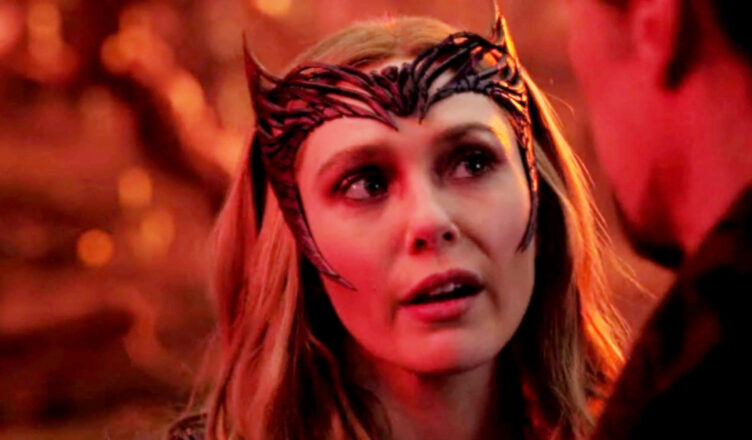 Warning: Spoilers for Doctor Strange in The Multiverse of Madness

Doctor Strange in the Multiverse of Madness has brought a number of things to light about Wanda Maximoff, aka the Scarlet Witch. The MCU is full of great superheroes who have saved the entire galaxy. Though, at the same time, they’ve also shown us intriguing villains from all walks of life. The most intriguing thing we’ve seen from Marvel Studios is the ability to blur the lines between right and wrong. This concept is fascinating to the point that fans to this day debate the complexity of characters and whether they’re actually villains or not. For example, some fans still argue whether Killmonger was a villain (he was) just because his stated objective was the liberation of oppressed Black people.

Audiences were introduced to Wanda Maximoff in Avengers: Age of Ultron. She was portrayed as one of the villains or antagonists of the Avengers. It wasn’t that simple, though, because the audience was made aware that Wanda and her late brother Pietro were victims of Tony Stark’s weapons, which led to the death of the siblings’ parents. Her motivations were understandable, but she wasn’t evil just for being bad. Later, she flipped sides and became an Avenger to help defeat Ultron and continue on to fight the good fight. 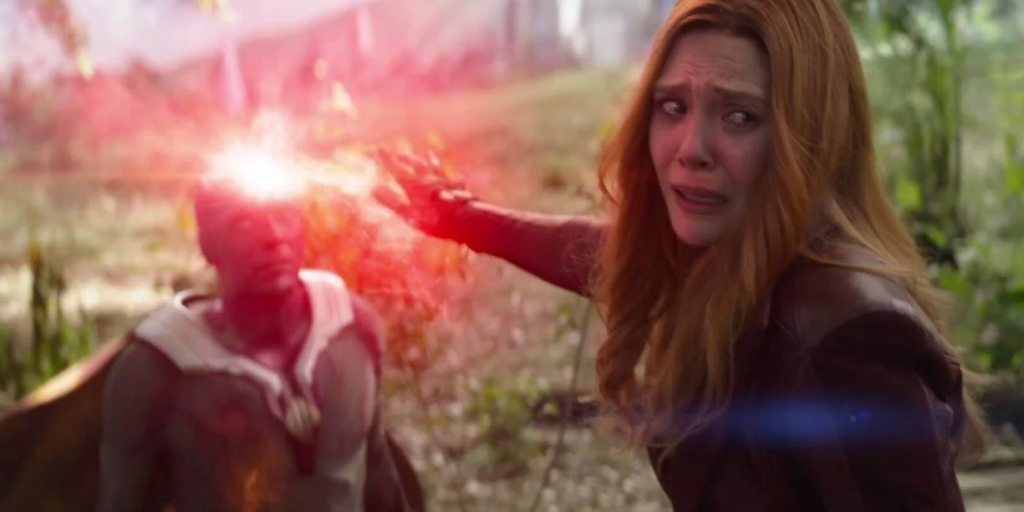 However, things changed when WandaVision debuted. After losing Vision at the hands of Thanos in Avengers: Infinity War, Wanda returned in the Blip and supported the defeat of Thanos in Avengers: Endgame. Afterward, she suffered from significant bouts of grief. On top of that, with her untapped chaos magic powers, Wanda manifested her grief by casting a hex spell on an entire town. With Wanda as the protagonist in WandaVision, audiences were compelled to feel sorry for her. What we’re not going to do, however, is ignore the fact that she’s a criminal that isn’t deserving of consequences and accountability. Let’s look at why Wanda is ultimately just a Magical Karen.

First off, it would take a whole day to cover Wanda’s extensive criminal record. To list every criminal offense on paper would make a CVS receipt look like a post-it note. These are just some of her many crimes.

WandaVision taught us that Wanda can cast spells without using incantations. Not only that, but she can cast probability spells. A probability spell basically means that she can make anything happen that goes in her favor. The Disney+ series would lead us to believe that the source of Wanda’s powers derives from chaos magic. That may be technically true, but Wanda’s true superpower is literally privilege. Her probability magic means that she can make anything she wants to happen work in her favor. If that’s not privilege, what is?

If she doesn’t want that Stark Industries bomb to blow up from childhood, then it won’t. If something isn’t going her way, she doesn’t even need to call the manager. This is what makes her a Magical Karen. A “Karen” is a woman perceived as entitled or demanding beyond the scope of what is reasonable. I think Wanda perfectly fits that description because her superpowers definitely entitled her to things that are beyond reason.

What About Wanda’s Consequences?

Doctor Strange: In the Multiverse of Madness showed us that Wanda was still living her life, consequence-free, after the events of Westview. She was living on the land, raising her own food, and tending to her garden. In her tranquil environment, Wanda is left to her own thoughts. She was so comfortable that she was enjoying tea and crumpets with herself! From the look of her reading through the Darkhold, she may start a book club with herself.

As revealed in Doctor Strange 2, the peaceful area was all a ruse. Just like in Westview, she just recreated another hex with an alternate reality. This proves the Karen point even more. Wanda is so privileged that she was able to create her own reality, live in it, and only pretend to endure the consequences of her actions. In other words, she put herself on house arrest even though she could get up and leave whenever she wanted. She didn’t even do a lick of community service.

Some may want to point to the ending of Doctor Strange 2, where Wanda seemingly brings the temple on Wundagore Mountain crumbling on top of her. Some may believe that Wanda met her fate in that rubble, which was her true punishment. That could be, but that doesn’t refute the point that Wanda’s powers of privilege still kicked in. She was so privileged that she could choose her own way out and on her own terms. It’s almost like her superpowers can defeat justice.

Where was Doctor Strange?

Doctor Strange In the Multiverse of Madness confirmed that Wanda is apparently above the law. Neither the world governments nor even SHIELD could hold her accountable for her crimes. Wanda was so privileged that when Doctor Strange approached her, she began to confess her crimes in Westview. What happened next? Doctor Strange just brushes it off. He says, “I’m not here to talk about Westview.” Excuse me, Mr. Wizard, why not?! Despite everything she’s done, the Magical police, like Doctor Strange, didn’t even come to arrest her or hold her accountable. Instead, he came to ask her for her help!

In fairness, it was made known in Spider-Man: No Way Home that Wong is the new Sorcerer Supreme. Maybe that takes Doctor Strange off the hook a little bit, but then that begs the question: Where was Wong?! The Sorcerer Supreme has one job: to police magic and defend the world from mystical threats. I think Wanda could easily be described as an enchanted domestic terrorist. Before Doctor Strange 2,  we saw Wong engaging in underground fights with the Abomination in Shang-Chi and the Legend of the Ten Rings and singing karaoke with Shang-Chi afterward. He didn’t have time to come and stop Wanda? I know Wong doesn’t like to get involved in things, but damn!

Look, I’m not a lawyer or legal expert. But, if my math is correct, this should amount to about…(takes out calculator)… 120,923 years in prison in most courts of law. Wanda is an enchanted domestic terrorist, and she clearly has the strongest powers in the universe to have everything go her way. Yes, she’s an Avenger. Of course, we empathize with her grief in losing Vision. Yes, she’s helped fight Thanos and all that. We know that her heart is in the place too. And yes, the Darkhold may have corrupted her soul. (Blah, blah blah.) However, as the saying goes, “The road to hell is paved with good intentions.” It should be the road paved to Cell Block C in Wanda’s case because she is a legit criminal.  Even if we tried to weigh the good things she’s done vs the bad, I think the scales tip in favor of her needing to pay for her crimes. LOCK HER UP! LOCK HER UP!

Doctor Strange In The Multiverse of Madness Video Review 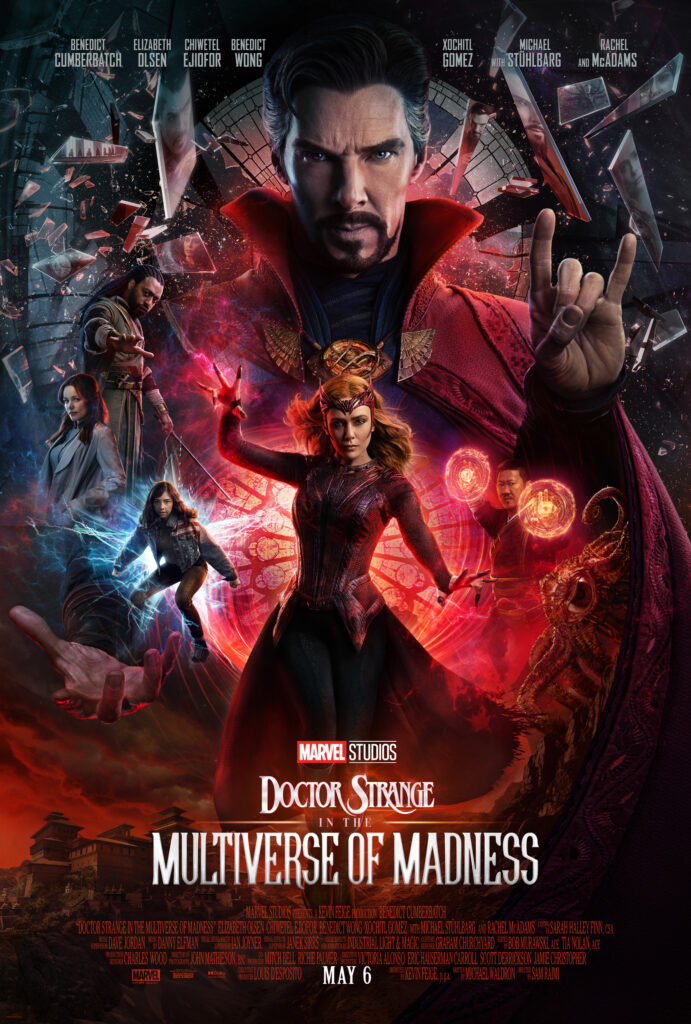