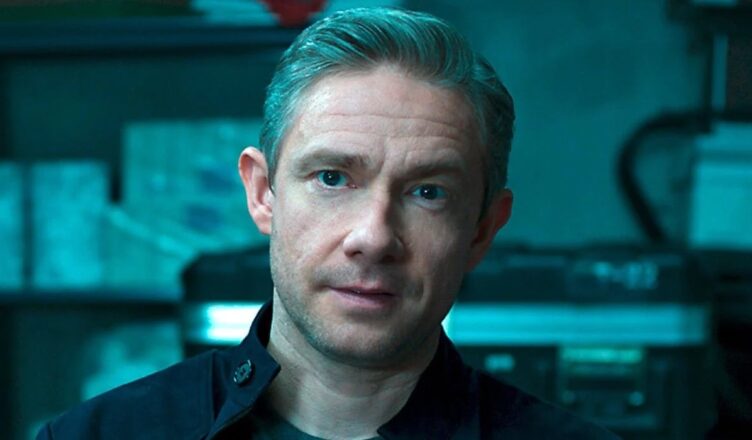 Black Panther Wakanda Forever will release in theaters in November of this year. The first Black Panther movie is still one of Marvel’s Crown Jewel of successful films. As the only Marvel film to ever be nominated for the Academy Awards for Best Picture a sequel is guaranteed.

As we move forward toward the release of the film we’re getting details about filming from some of the cast. Martin Freeman is commenting on the experience, having worked with Chadwick in each film.

It was strange, that side of it. On the one hand, you’re making the film that you’re there to make, and there are scores and scores of people on set, joined in this endeavor to make the film. But there’s also no question that, at the heart of it, there’s quite a gap now, and you felt it. With full respect to Ryan Coogler and everybody else, who’s sweating and bleeding to get this thing done properly, it was fun. It was enjoyable. I was in and out of it quite quickly, I think. But I like playing Everett Ross. He’s a very fun character to play. He’s nicely simpatico for the story. He’s a good guy.

But it was odd. Of course, it was odd with Chadwick not being there. There’s no way around that. I think everyone would find it pretty strange and sad, but at the same time, life things don’t just end. It’s not like, ‘Well, that’s that’s happened, so we just all have to go off and never do it again.’ But it was odd. When he passed, I thought, ‘Okay, well maybe there just won’t be another one.’ But there are still other stories to tell within that world and other great characters. I think, and I hope that we’ve made a good film. I trust Ryan Coogler a lot.

Chadwick’s passing is still being felt across the world. This new film feels like it will be a reminder of his passing. It’s interesting to hear from Martin Freeman that even with the large cast on set the absence of Boseman is noticeable.

I have no idea what kind of movie Marvel will deliver but it is interesting to hear the sentiments of the cast.