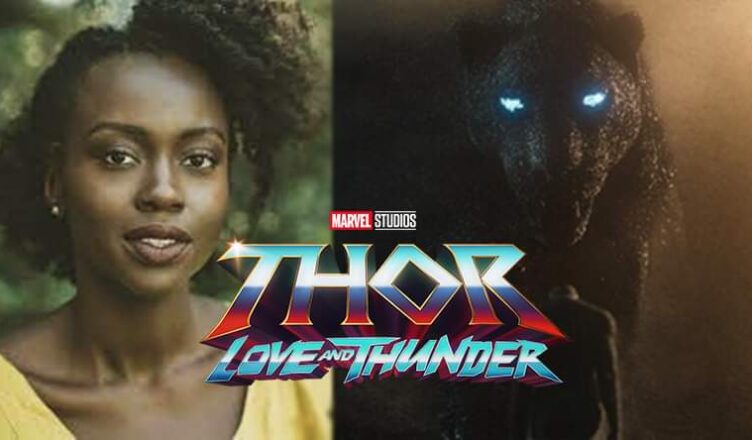 I have some good but disturbing news for all of you. We have our very first look at the Wakandan Goddess Bastet from the upcoming Thor: Love and Thunder. Now you might remember that we shared that Akosia Sabet would appear in this film a while back as the Goddess. True to our word we’re back with our first look. Check it out: 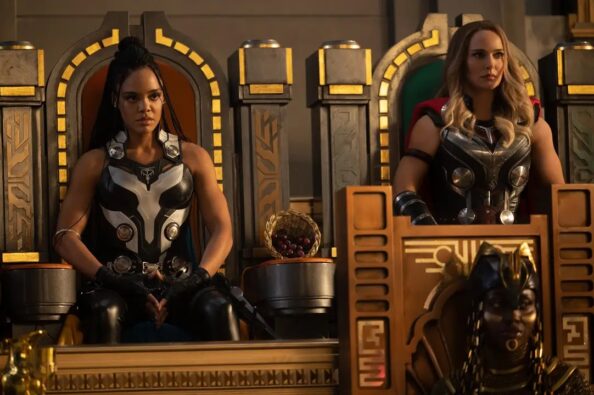 WOW! That is such an amazing headpiece. This, to me, is a fantastic look at the Goddess. I love that Bastet is sitting alongside Valkyrie and The Mighty Thor. I can’t help but notice the pensive look on all of their faces.

I’m especially concerned considering we’re getting the debut of a beloved Marvel God in this movie. I expect a lot of Marvel Gods like Russell Crowe’s Zeus and others but it doesn’t sit well with me that she’s in THIS MOVIE. Why? Because we have an absolutely horrifically blood-thirsty monster like Gorr the God-butcher running loose in this movie.

Now, real quick, Gorr The God butcher is a character that was created by Marvel writer Jason Aaron in his run on the Thor comic. This creature is known for routinely torturing and butchering Marvel Gods in some of the most horrifically grotesque ways possible. Not only that but he’s also known for easily routinely squashing Thor in fights and torturing and abusing him for YEARS at a time. In the comics, Thor would barely ever find a way to escape torture from Gorr and he was absolutely broken while Gorr’s prisoner and servant.

@MARVEL: HEAR ME AND HEAR ME GOOD