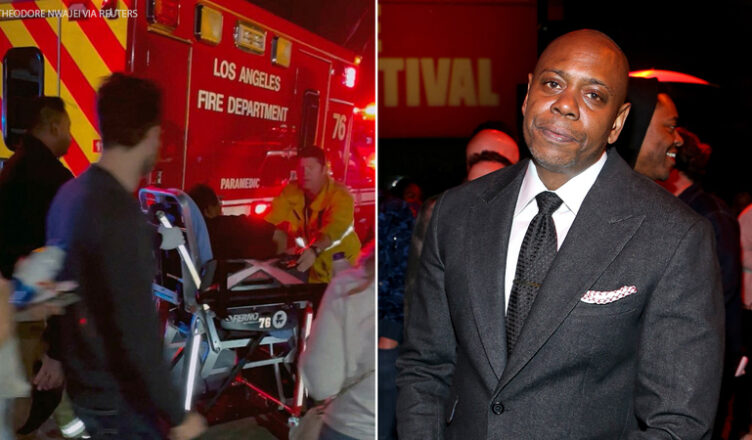 Dave Chappelle is in the news again. This time the comedian is in the headlines due to an attack by an attendee at the Hollywood Bowl. Some outlets are calling this person a fan but… Anyway, the news is all over the internet as we’re getting more footage from the incident.

This is the 2nd on-stage attack on a comedian while performing in recent memory. People are still discussing the ramifications of Will Smith slapping Chris Rock. Coincidentally Chris Rock is also in attendance and is seen helping Dave Chappelle.

This news is still developing and I expect that we’ll get more footage sooner or later from TMZ.

That’s all I have for this one… for now.