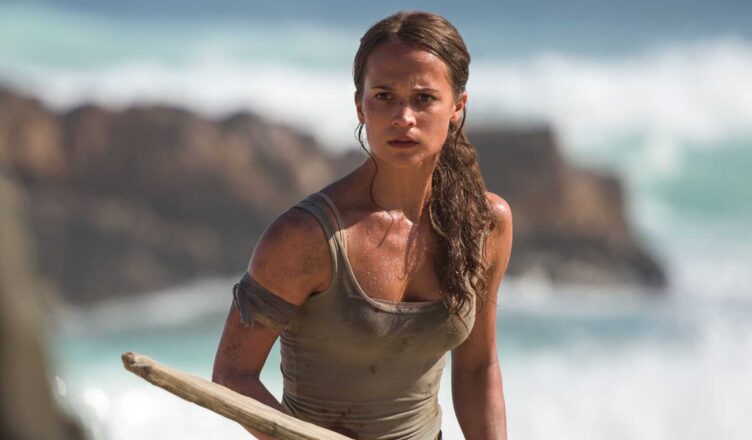 The first Tomb Raider movie in 2018 was actually the third in the series, with Alicia Vikander playing Lara Croft in this reboot of the adventure series. Could the long-awaited sequel, currently known only as Tomb Raider 2, provide the spark that leads us into a new era of films about hunting for treasures?

What Do We Know About Tomb Raider 2 So Far?

This latest installment of Lara Croft’s story was originally expected for March 2021, but it has been held back by a series of delays and changes. Among them, we can see that Ben Wheatley has now been replaced by Misha Green in the role of director, and she is also writing the script. A month after the original release date had passed, the first draft was written with a suggested title of Tomb Raider: Obsidian but there has been a lack of solid updates since then.

It seems likely that Vikander will return in the role of Lara that she said she loved playing in the first Tomb Raider film, although it hasn’t yet been confirmed if Kristin Scott Thomas will return to play Ana Miller. Lara’s father and the main villain, Mathias, both died in the first movie, so it’s going to need a creative approach to bring them back for this new version. The 2018 film received mixed reviews, with the performance of Vikander in particular dividing opinions among critics and the public.

The details revealed by Green to date suggest that it hadn’t been greenlit by mid-2021, and nothing since then has been released to confirm if filming is about to start. Yet, we already know that the end of the first story revolved around Lara returning to the UK only to discover that the evil corporation Trinity has strong ties to her family’s company. This makes it seem that Ana Miller is the mastermind and the new film could explore this topic further. Alternatively, the creators might decide to base Tomb Raider 2 on one of the many Tomb Raider video games she features in.

The History and Future of Treasure Hunting in Popular Culture

We can go back to the 1940s to see the first of the classic movies about the adventures of bold treasure hunters, like The Treasure of the Sierra Madre. The 1980s saw a resurgence in this genre, with Indiana Jones leading cinema-goers on a series of outrageous adventures across the planet while hunting for hidden treasures and long-lost artifacts. The trend continued in the 90s, with the likes of Romancing the Stone from 1994 and 1999’s The Mummy adding new twists while continuing with the fascinating general theme of searching for valuable booty.

It’s no surprise that the final decades of the 20th century saw an increase in this type of movie, as their popularity appears to be linked to the genre’s growing presence in the video games market and in popular culture in general. Tomb Raider first appeared in 1996, having been created by Core Design and released by Eidos Software. Before this, games like 1984’s Sabre Wulf and 1983’s Sinbad Mystery had already introduced gamers to the idea of treasure-seeking, but increasingly sophisticated technology allowed developers to bring in more complex and immersive worlds.

The idea of finding a hidden fortune has also appeared in many casino slot games. In terms of Online Casino Betway has a variety of titles along these lines such as Lara Craft Temples and Tombs by Microgaming, where the Tomb Raider star sets off an Egyptian treasure quest with a range of special features included. Other slots on this theme on the same site include Egyptian Tombs and Adventures of Doubloon Island, which adds a pirate theme. Ancient Fortunes Poseidon Megaways introduces players to the concept of diving into the ocean to find the Greek God of the seas’ submerged valuables across six reels.

The theme has also reached our TV screens, with Philippe Cousteau Jr presenting the Caribbean Pirate Treasure documentary and treasure hunter Martin Bayerle introducing us to the Billion Dollar Wreck. A different approach was taken by the UK’s Treasure Hunt, which ran from 1982 to 1989 and was briefly revived in 2022. This series involved a team trying to crack a set of puzzles while a host in a helicopter followed their indications to try and locate the treasure. With a large number of hidden treasures said to still exist in the US and Canada, there is no doubt that this subject fascinates North Americans, and it has been seen on TV shows like The Curse of Oak Island and Legend of the Superstition Mountains.

What Can We Look Forward to Next?

It would be wrong to say that this movie genre has died out, as 2022’s Lost City featuring Sandra Bullock and Channing Tatum uses many of the classic elements. Yet, it seems certain that a resurgence of interest in the timeless Lara Croft character would increase the number of people keen to see more movies about adventure heroes or heroines tracking down treasures.