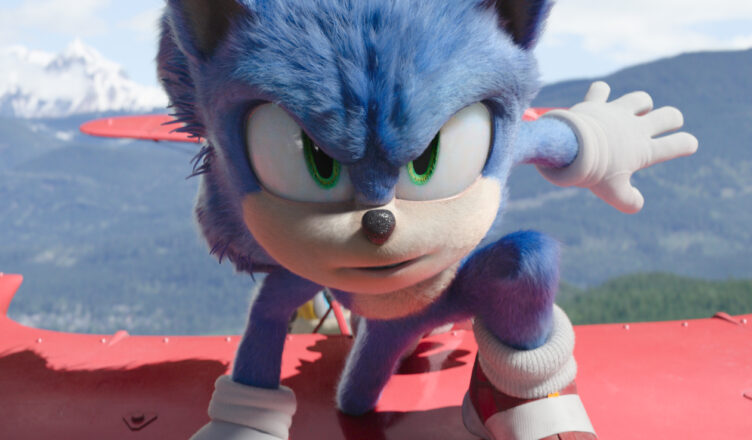 The world’s favorite blue hedgehog is back for a next-level adventure in SONIC THE HEDGEHOG 2. After settling in Green Hills, Sonic is eager to prove he has what it takes to be a true hero. His test comes when Dr. Robotnik returns, this time with a new partner, Knuckles, in search for an emerald that has the power to destroy civilizations. Sonic teams up with his own sidekick, Tails, and together they embark on a globe-trotting journey to find the emerald before it falls into the wrong hands. From the filmmakers behind The Fast and the Furious and Deadpool, SONIC THE HEDGEHOG 2 stars James Marsden, Ben Schwartz as the voice of Sonic, Tika Sumpter, Natasha Rothwell, Adam Pally, Lee Majdoub and Jim Carrey returning, alongside new additions Shemar Moore, with Idris Elba as the voice of Knuckles and Colleen O’Shaughnessey as the voice of Tails.

Sonic The Hedgehog 2 does a stand-up job of pitting Sonic and Knuckles against one another. I thought it was a nice touch to add the visual electric effect to keep the action engaging for audiences. Sonic’s speed vs Knuckles’ strength made for a great matchup. In addition to that, the characters’ opposite personalities worked very well too. Sonic’s upbeat and witty attitude was a perfect compliment to Knuckles’ straight and narrow forwardness. Their on-screen chemistry led to some humorous moments in the film.

The performances in Sonic The Hedgehog 2 were solid as well. Idris Elba as Knuckles was perfect as he was able to deliver the serious tone needed to play opposite Sonic’s character. However, the real scene-stealer was Jim Carrey as Dr. Robtinik. His classic, eccentric delivery was exactly what the movie needed whenever the animated characters were off-screen.

The plot for Sonic The Hedgehog 2 was intriguing as it continued to explore more of the video game’s source material. The film touched on more of the animated characters’ past and future in a way that expounded on the world-building in the previous film. This sequel gave just enough information to give more depth to both Sonic and Knuckles and tease audiences for even more potential sequels in the future.

The biggest problem with Sonic The Hedgehog 2 was the shifting focus on the human characters. The wedding scene was simply unnecessary and it disrupted the flow of the film. It made little to no sense as to why there was so much screen time given to the supporting character’s side story that has no impact on the main character of Sonic. The only human characters that would require some screen time would be the characters Jim Carrey, Lee Majdoub, Tika Sumpter, and James Marsden. None of the other human characters serve to push the plot forward or keep the attention of younger viewers who came to see the animated hedgehog.

Sonic The Hedgehog 2 was an entertaining ride of a video game movie that needs to drop the unnecessary human baggage. This film was probably not as good as the previous one, but it certainly was a fun watch nevertheless. The post-credit scene was also a great tease for even more, but this franchise cannot continue making the mistake that this sequel did with the human stories. The focus needs to be on Sonic, Knuckles, the crystals, and any of the other video game elements. Hopefully, Sonic The Hedgehog 2 will be the last time an installment in the franchise makes that mistake because there are a lot of positives this movie delivers that almost made it one of the best video game movies. Anyway, Sonic The Hedgehog 2 is worth watching in theaters as soon as you’re able to see it. 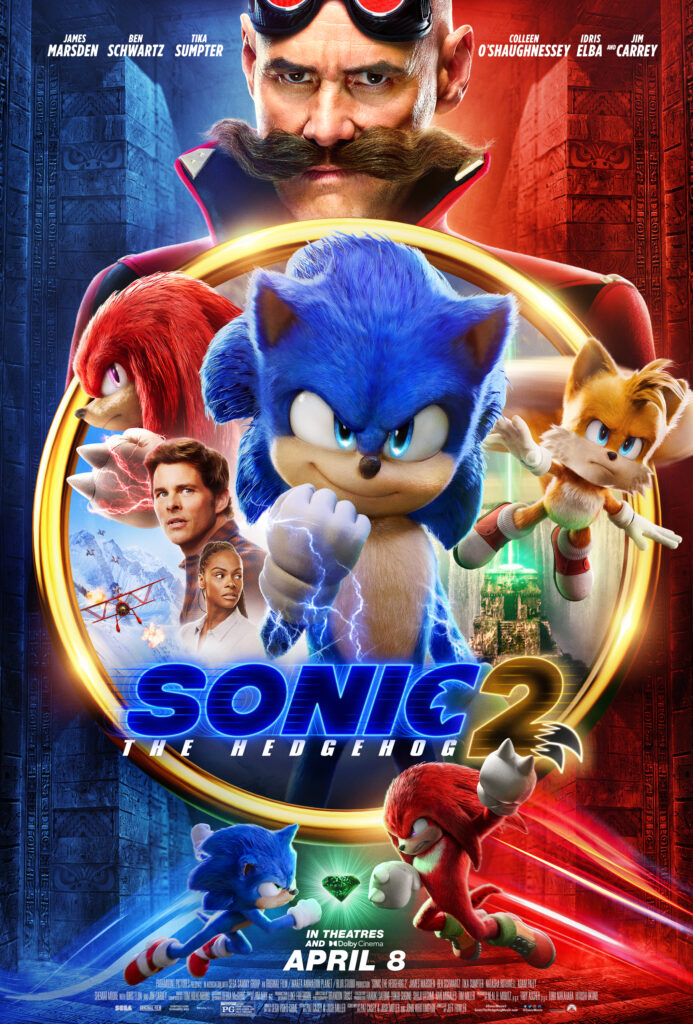