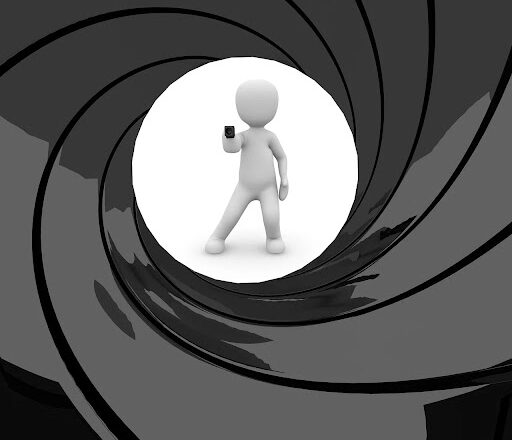 James Bond is one of the most recognizable names in the movie world. Almost everyone has seen a James Bond Movie. It’s not hard to see why- there are 25 films about James Bond in total! However, with so many movies to watch in the series, some may wonder whether the plots are connected. To learn more about James Bond, the Bond movies, and whether or not the James bond movies are connected, read on!

To understand the James Bond movies, we must first dive into who James Bond is. James Bond is a character created by Ian Fleming in 1953. The first Bond movie was filmed shortly after in 1962. As of today, there are 25 films in the bond film timeline. Bond’s life is complicated- making it difficult to determine whether or not the bond movies are related. Luckily for you, I’m here to guide you through the James Bond Movies from the days of Sean Connery to the era of Daniel Craig.

To understand this complex movie timeline, it’s essential to grasp a little bit of Bond’s history. The Bond series has been produced by Eon Productions from the days of Sean Connery until the Daniel Craig films today. There have been four main Bond actors (Sean Connery, Roger Moore, Pierce Brosnan, and Daniel Craig) and a few actors who only played in 1 or 2 films. Bond films have been released every few years for most of the franchise’s history, except for one notable exception: Eon Productions was forced to take a six-year hiatus pending licensing issues.

Is James Bond The Same Person In Every Movie?

Different actors have played James Bond throughout the series:

Furthermore, in the movie ‘On Her Majesty’s Secret Service’ (1969), James Bond falls in love with and marries Contessa Teresa di Vicenzo, who would remain his wife in later films.

So, as Bond manages to defeat his opponents, it’s important to remember that it’s the same Bond doing it- from the days of Sean Connery to the era of Daniel Craig.

Do The James Bond Movies Have Continuity?

For a series running for as long as the bond movies have, it’s no surprise that fans have wondered if the movies are connected. You might be surprised to learn that the Bond movies might be related!

There are a few notable connections between the movies. For example, Ernst Stavro Blofeld is a villain who has appeared in four films starting with From Russia With Love (1963) and ending with On Her Majesty’s Secret Service (1969). It should be noted, though, he is never shown in the first two movies that Blofeld appears in. He did make a surprise reappearance in Daniel Craig’s films, though, appearing in Spectre (2015).

Perhaps most important to keep in mind as you watch Bond movies is that the films are based on novels. This explains why the plot of the film feels so familiar throughout all of the Bond movies.

If you want to watch each Bond movie in chronological order, here’s a shortlist of each film in the series.

The first film of the series sends Bond on his first mission to explore the death of agent John Strangways, where he meets a mysterious Dr. No.

In this film, Bond is sent to Turkey to seduce a young woman to get the decoder back from the hands of MI6.

In Goldfinger, Bond is sent to investigate a mysterious leak in Britain’s gold supply, where he meets the notorious Goldfinger.

This film pins Bond against the next-best as SPECTRE, Emilio Largo, who has just stolen two nuclear warheads.

You only live twice features the first appearance of Blofeld, who has been hijacking both an American and Russian spacecraft.

In this film, Bond decides that it’s Blofeld’s final outing. Bond is forced to strike a deal with Draco, Europe’s most notorious crime lord, who tells Bond that they will reveal Blofeld’s location if Bond cares for his daughter.

The last film to feature Sean Connery, Diamonds are Forever, features Bond tracking down Blofeld once again, who has created a trail of diamonds that kill all who touch them.

In the first film to cast Roger Moore, Bond is sent to New York to investigate the deaths of several British agents.

The Man With The Golden Gun begins when Bond learns of an assassination plot, and he must go on a mission to prevent his death.

Bond is sent on a mission with the Russian agent Anya Amasova, who eventually learns Bond killed her lover in this film. Bond must learn to get Amasova on his side.

In this film, Bond is pinned against Hugo Drax, who has hijacked a space shuttle in hopes of colonizing the universe.

In this film, Bond is sent to recover an anti-missile ship that M16 has sunk.

Bond has to track down the Faberge egg in this film, which has likely been sold in an auction to the highest bidder. Bond is sent to India, where he must take down the corrupt prince Kamal Khan.

In View to a Kill, 007 faces off against the evil Max Zorin, who plans to take down Silicon Valley to take over microchip production. This is the last film to feature Roger Moore.

In The Living Daylights, Bond is tasked with protecting an ex-KGB officer deserting to the British.

In License to Kill, Bond is pinned against Franz Sanchez, an escaped drug lord. Bond must get revenge for Leiter’s late wife, who Sanchez killed.

Goldeneye, the first movie to feature Brosnan, Bond is sent to investigate a mysterious attack on a helicopter.

In Tomorrow Never Dies, Bond must prevent a war between China and United Kingdom by defeating the evil Elliot Carver.

In this movie, Bond is tasked with taking down Renard, a terrorist who assassinated a billionaire.

In Die Another Day, which Brosnan picked to be his last film, Bond gets betrayed during a mission to North Korea. Upon escaping, Bond must find the traitor and the terrorists to exact revenge.

Casino Royale pins Bond against Le Chiffre, but in the form of a high stakes poker game. Bond must defeat Le Chiffre to bankrupt him.

Quantum Of Solace is a continuation of Casino Royale. Bond seeks revenge for Vesper Lynd’s death and tries to eliminate Dominic Green.

In Skyfall, Bond’s loyalty is tested as he attempts to destroy the thing haunting M- despite the personal cost.

Spectre sees the return of Bond’s old nemesis, Blofeld, as bond attempts to take down Spectre once and for all.

This film, which had a release date of October 8, is the most recent in the series. Bond must help Leiter once again, who comes to Bond in Jamaica for help. Bond is forced to take up arms once again.

The James bond universe is an action pack, fast past heavy-hitting universe filled with spices, Fast cars and some of the craziest gadgets where they save the world, get the girl and heck even win the jackpot on ​​any new live casino just because he’s James bond and he can do anything.