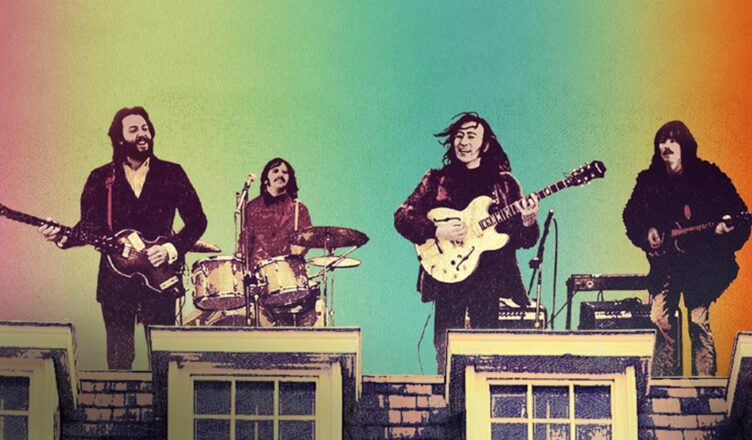 Directed by three-time Oscar®-winning filmmaker Peter Jackson (“The Lord of the Rings” trilogy, “They Shall Not Grow Old”), “The Beatles: Get Back” takes us back in time to the band’s January 1969 recording sessions, a seismic-shift moment in music history. This remarkable docuseries showcases The Beatles’ creative process as they work to write 14 new songs in preparation for their first live concert in well over two years. Faced with a nearly impossible deadline, the strong bonds of friendship shared by John Lennon, Paul McCartney, George Harrison, and Ringo Starr are put to the test. “Get Back” is compiled from nearly 60 hours of unseen footage shot over 21 days, directed by Michael Lindsay-Hogg in 1969, and from more than 150 hours of unheard audio, most of which has been locked in a vault for over 50 years. Jackson is the only person in a half century to have been given access to this Beatles treasure trove, all of which has now been brilliantly restored.  What emerges is an exceptionally intimate portrait of the group, showing how, with their backs against the wall, they could still rely on their friendship, good humor and creative genius. While plans derail and relationships are put to the test, some of the world’s most iconic songs are composed and performed. And for the first time ever in its entirety we witness The Beatles’ final live performance as a full force of four, the unforgettable rooftop concert on London’s Savile Row, as well as additional songs and all-time classic compositions featured on the band’s final two albums, Abbey Road and Let It Be.

The Beatles are the greatest rock group we will ever know.

While I don’t really remember the band while they were together, they soon became by far my favorite musicians long after they broke up. This will never change.

Which leads to the new and glorious Peter Jackson documentary, “The Beatles: Get Back”, about which I don’t know that I can rave more enthusiastically.

We are treated here to nine hours spanning three episodes of candid and compelling recording studio music making and interaction between and among John, Paul, George and Ringo. Captured during, and consuming most of, the month of January in 1969, a particularly pivotal period for The Beatles, we watch spellbound as these four legendary icons prepare to perform together live for the first time in nearly two and a half years. The back and forth banter, bullshit, boredom, bickering and beautiful music-it’s all here and more. And it is all enormously and endlessly fascinating.

And in the end, both literally and figuratively, it is about the music. From familiar finished classics like the titular track and “Don’t Let Me Down”, to enrapturing spontaneous outburst of all manner of rhythmic rhyme and revelry by and betwixt these gloriously gifted guys, “Get Back” brilliantly chronicles that which will forever be the lasting legacy of The Beatles. The songs.

And so let it be.

We are treated here to nine hours spanning three episodes of candid and compelling recording studio music making and interaction between and among John, Paul, George and Ringo.