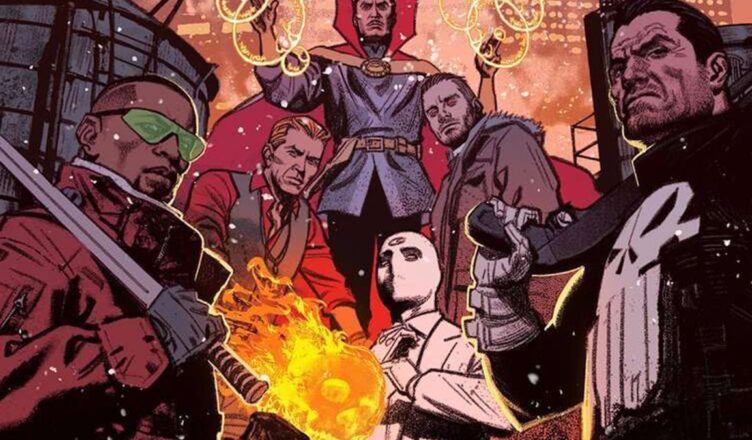 Oscar Isaac is hard at work promoting Moon Knight for Marvel and Disney+. The series has lots of momentum and fans expect that the show will offer a new look at a Marvel classic. Fans also can’t help but look ahead and wonder about the characters’ future after the show. Oscar Isaac talks and teases the characters’ future  beyond the Disney+ show and mentions superhero team the Midnight Sons:

I mean, maybe. Obviously, there’s the Midnight Sons comic book, which is the kind of supernatural Avengers with Blade and Ghost Rider and Punisher. The idea is really interesting, but it would have to be like, is there something interesting to tell about this character in that world?

Fans love when actors mention a comic. Oscar clearly knew the assignment and comes prepared for questions about the character proving he’s done his research. Coincidentally, Marvel has a brand new video game about the Midnight Suns that features these characters.

What do you think about Oscar Isaac’s comments and the idea of Moon Knight working with the Midnight Suns?

The story follows Steven Grant, a mild-mannered gift-shop employee, who becomes plagued with blackouts and memories of another life. Steven discovers he has dissociative identity disorder and shares a body with mercenary Marc Spector. As Steven/Marc’s enemies converge upon them, they must navigate their complex identities while thrust into a deadly mystery among the powerful gods of Egypt.