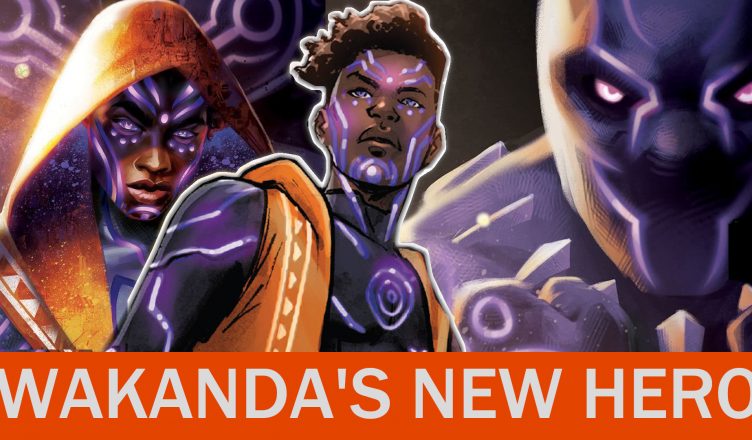 This story opens by explaining the way that the world at large sees Wakanda with our narrator calling it an afro-futurist-wonderland and that totally makes sense. We got to see glimpses of Wakanda adapted in live action but those mere glimpses of that wonderland had the world wishing it were a real place. Actual airports were getting in on the fun too! Atlanta airport changed destinations at actual gates to read as Wakanda in celebration of the film. The idea that the in-comics-population of the world views Wakanda that way makes perfect sense, right? Who wouldn’t look at Wakanda and see exactly that – a Afro-Futurist-Wonderland.

But then the story takes us in closer and gives us a rare glimpse of Wakanda’s society and it’s citizens. Wakanda in the comics is a lot like Wakanda in the movies. Wakandans’ mostly isolate themselves due to their nations’ wealth from the rest of the world. Something that makes total sense is that the some of people of Wakanda feel they are superior to other nations. Now this is an interesting premise because if I was growing up in some super future technoland where everything is like the Jetsons I’d feel superior too. 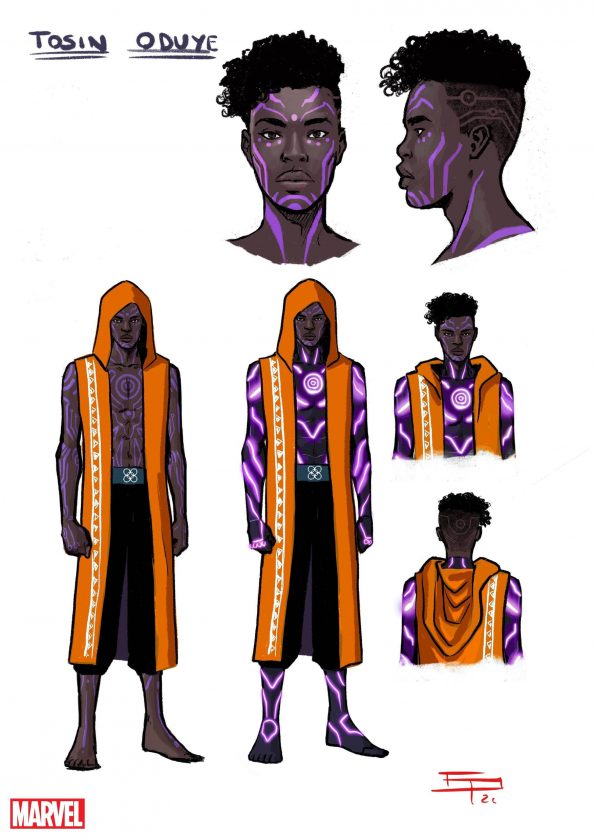 It’s at this point that we zoom in on our narrator Tosin. Now, Tosin is a Wakandan but he comes from a tribe that separated from the greater population. This tribes village is a huge departure from the larger cities of Wakanda. Tosin’s tribe is separate is because they look at Wakanda as a whole and feel that their nation has become a temple to a god of greed. Tosin’s tribe rejects the desire and superiority adopted by other Wakandans.

The same afro-futuristic-wonderland supported by Wakanda’s empire, and the technology at the core of that empire, is the source of that greed. Killmonger critizes Wakanda because of their isolationist behavior  in the 2018 movie. Wakanda mostly keeps Vibranium to itself and rarely allows its sale outside of their nation. The resource is so scarce outside of Wakanda that its value is astronomical in the open market and is the source of Wakanda’s global wealth fueling their overall greed and views of superiority that we talked about earlier.

Tosin’s tribe broke away from the greater Wakanda and resettled in an area referred to as a mute zone.  I’ve seen a map of Wakanda before and I don’t remember there being a mute zone. My guess is that these are settlements that are off-grid and not known to many. These off-grid Wakandans grew up with whats described as a much simpler life without the afro-futuristic-technology that Wakanda is known for.

In fact, let’s compare and say that Wakanda is like New York. T’challa, Shuri, and the royal family live in the golden city that is Manhattan. Tosin and the members of his tribe live in the mute zone AKA The Bronx.  The members of Tosin’s tribe act  like people from the Bronx too. Tosin tells us that his tribe tends to mind their business when foreigners attack Wakanda. And some of you know exactly what I mean because Wakanda is a land that’s been attacked fairly often. Rather than get involved Tosin’s tribe mostly watched the fighting happen and chose not to pick sides. 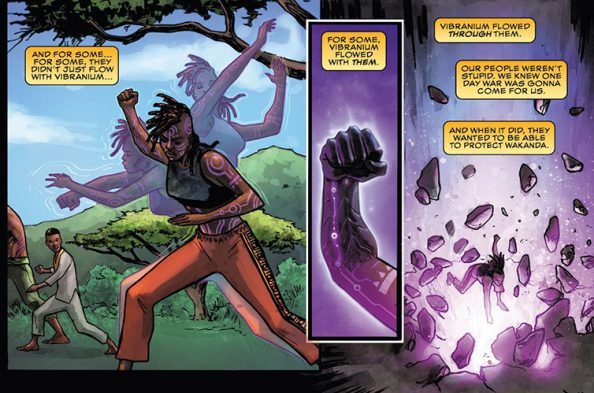 Instead Tosin’s tribe had a very different relationship with Vibranium. Tosin’s tribe refines the metal in different ways and  uses the metal to cover their tribe in ritualistic tattoos. Some people in the tribe gained super human abilities like Super strength from their Vibranium tattoos.

Now we also learn a little bit more about the personality of Tosin himself in this story when we learn that tribe feels that the other Wakandans’ are irredeemable but Tosin isn’t so sure and we see that Tosin has decided to witness Wakanda’s new democratic government to see if it’s more of the same and seems to hold out hope.