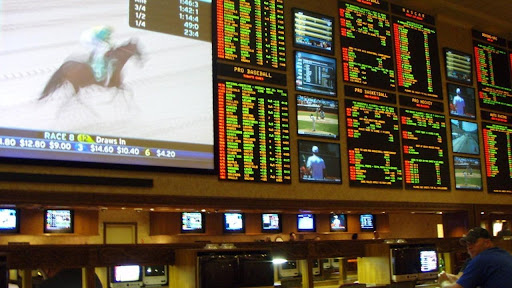 Hollywood has created a close working relationship with the gambling industry over the years, telling many tales of the exciting highs and devastating lows of betting. From the type of high-class, romantic casino play often seen in a James Bond movie to the despair of gambling addiction, which tears families apart, scriptwriters have covered it all. There have been some exceptionally good movies made that were based on betting, titles that have gone on to become classics.

Although gambling is used in these movies as the setting, it’s often not the main part of the story. Casinos or sportsbook betting offices are used to represent human emotions, including excitement, pleasure and even despair. It’s one character’s quest to make it rich by beating the bookies and landing a life-changing sum of money or raking in a pile of chips at the poker table, cheered on by bystanders who are engrossed by the action. Beating the bookies doesn’t happen too often, of course, and that is true of real-life, and it’s a message that is often portrayed in movies. The house always wins, even when the player thinks they have done well.

The betting sector has changed almost beyond all recognition in recent years. Bettors have swapped gambling at the most famous casinos in Las Vegas or at trackside betting stands for wagering online, using their desktop computer or smartphone. Getting the best sportsbook bonuses online is far more convenient than having to travel to your nearest casino after getting dressed up for the occasion. But would a movie focussing on the lead character betting on their iPhone with the curtains drawn wearing pyjamas do too well at the box office? Perhaps not.

We are glad to see that movies based on betting have stuck with the traditional forms of gambling, and in this article, we pick our three favourites. Did the betting blockbuster you love the most make it onto the podium and secure a medal finish in our list? Let’s find out.

Released in 1974, The Gambler tops our list, coming in as our favourite movie based on betting. It was a simple decision, and although there were many to choose from, we make no apologies for pinning this title to the head of our list. It’s a timeless work of art and is as relevant and entertaining today as it has ever been.

The story is based on Dostoyevsky’s novel and stars James Caan as a professor with a passion for betting. The academic soon falls into the grip of gambling, borrowing money from his loved ones and failing to pay them back. By the time he starts chasing the losses, his life is already spiralling out of control. If you haven’t seen this movie, make a point of watching it as soon as possible. We won’t say any more on the subject. The film does the talking for us.

Another great of the genre, The Hustler was released in 1961, and although it falls second in our list, it’s probably better known to casual movie fans than The Gambler. That’s down to one thing – the Paul Newman factor. He plays the lead role of Fast Eddie Felsen, who has all the talent in the world but appears to do his best to sabotage himself.

Ushered along by a crooked agent, it’s a recipe for disaster. This movie is based on betting but blends many of our worst failings, including alcoholism and violence. This isn’t a happy, get rich quick story that ends with the characters winning big. It’s a tough but compelling watch.

The final movie on our list of the best three gambling-related films is 1998 Rounders. A new kid on the block, compared to the other two, but it remains a classic. In this tale, you’ll enjoy a young Matt Damon showing his early promise, and for that reason alone, it’s worth watching.

The story is as grim as you’ll find. It’s gritty and has more in common with a Rocky tale than the highlight of betting we see in some other pictures. You’ll love watching the story unfold, but the reason Rounders made it onto our top three is the acting. There are some huge performances.