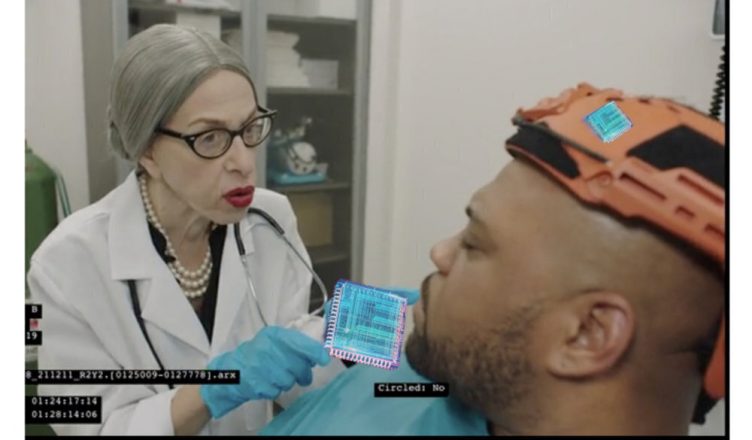 BreakOut Music has completed post-production on “The Microchip That Ruined Halloween,” a film packed with humor, horror, and unexpected thrills. An unusually well-matched cast of stars in this film will keep spectators guessing until the very last minute. There is a new aesthetic and comedic approach to horror movies on the way with “The Microchip That Ruined Halloween,” which is set to premiere this fall. The film begins with an idiosyncratic jail psychiatrist, played by Jackie Hoffman, ordering a microchip to be secretly inserted into a deadly convict. Everything goes according to plan until the resurrected felon meets a college frat, at which point the microchip breaks free, resulting in a thrilling Halloween night that will have jaws dropping and fists clinched by the end of it.

This star-studded movie features all the top-notch of the entertainment industry, such as Emmy Award-winning actress Jackie Hoffman (Mamacita), Princess Love (Love and Hip-Hop LA), Jimmy Palumbo (The Family), Terrell Carter (Empire: Season 4), Miguel Nunez Jr. (The Family Business), and Kathleen Hogan (The Conspirator). The cast also includes nationally syndicated radio personalities Torae Carr (Sirius XM), Headkrack (Dish Nation and Morning Hustle), Special K (Rickey Smiley Morning Show-Urban One), and Angela Stribling (WHUR & Sirius XM). Overall, “The Microchip That Ruined Halloween” is a fresh twist on horror-comedy films that is sure to appeal to a wide range of audiences, including those who are apprehensive about watching scary movies.

Splitting their time between Los Angeles and New York, co-founders Miriam Bavly and Peter John established BreakOut Music in 2019. The company is a full-service production studio and music label that specializes in romantic comedies, dramas, horror, action, and fantasy films. As a Harvard graduate with a BA and an MS in media and film production, Miriam Bavly contributes strategic planning and industry experience gained through award-winning media and film production work. While Peter John, who is an entertainment lawyer and accomplished musician who has represented several artists in multimillion-dollar deals, contributes his music business expertise. Peter’s accomplishments include chart-topping successes on the Billboard and iTunes charts, among other things. The duo is committed to supporting brilliant artists through strategic branding to enhance their visibility and write thought-provoking screenplays that elevate society.

Stay Tuned! The media house plans to release “The Microchip That Ruined Halloween” this fall; meanwhile, you can visit “BreakOut Music’s” website for additional details on their upcoming projects.