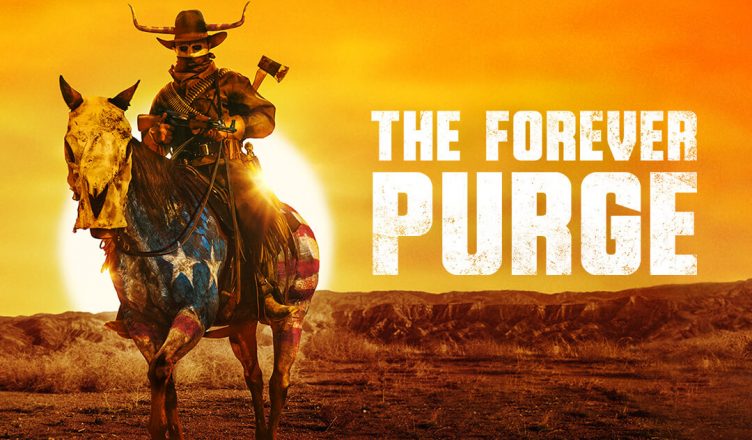 The Forever Purge Synopsis: One night is not enough. All the rules are broken as a sect of lawless marauders decides that the annual Purge does not stop at daybreak and instead should never end in The Forever Purge. Adela (Ana de la Reguera, Cowboys & Aliens) and her husband Juan (Tenoch Huerta, Days of Grace) live in Texas, where Juan is working as a ranch hand for the wealthy Tucker family. Juan impresses the Tucker patriarch, Caleb (Will Patton, Halloween), but that fuels the jealous anger of Caleb’s son, Dylan (Josh Lucas, Ford v Ferrari).

There’s some progress in the underlying narrative of America and the story of the new founding fathers. The purge concept was starting to get old and the filmmakers address things right from the beginning. The Forever Purge doesn’t waste much runtime showing what happens on the night of the purge this year. Instead, we get a movie that focuses on the fact that the Purge WON’T end this year. 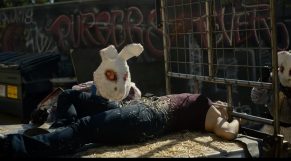 The fact that this hasn’t happened in this series until now is incredible. I like that The Forever Purge took this idea and pushed it toward the insurrection that we knew it would lead to. The Purge series is known for showing us some of the most anxiety inducing scenes in recent memory. The Forever Purge adds to that legacy but also shifts the movie into a more action oriented series. Sometimes film franchises shift into other genre’s in order to generate new interest. Similar to The Fast & The Furious and The Walking Dead before it, The Purge series seems to be crossing into a new genre. 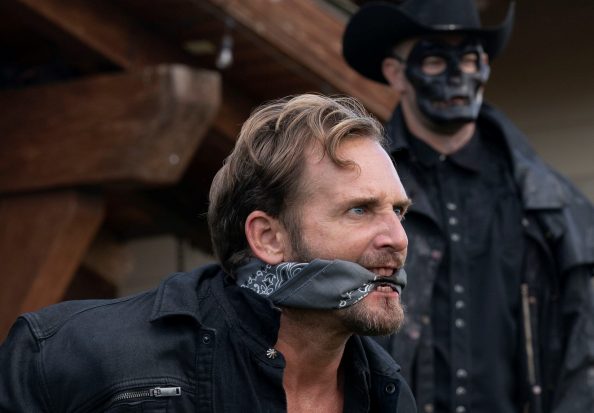 This narrative shift is both logical and welcome because we needed to give the American population found a simple enough excuse to get to the violence. The Purge is still social commentary on America and this one is consistent with that approach. There is a lot of in-story commentary on the topic of illegal immigrants and the US/Mexican border. I like that The Forever Purge is led by a

The Purge series is getting predictable at this point. I watch every Purge movie that releases and I can see a pattern. The Purge series likes to deliver a lot of its commentary using news reports on TV. The problem is, I was able to predict the last act of the entire movie after watching the first news report. I think this movie is lazy for  foreshadow future story events in the same way as previous films. 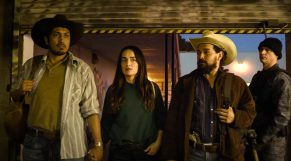 A lot of the action scenes are disappointing. I want action that reflects the implied risk of living in a world where murder and violence are legal. The Forever Purge plays things incredibly safe by shielding our cast in a plot-proof truck. I never really felt that any of the main cast was in danger or at risk while watching. I wanted to feel that the new world of The Forever Purge was more dangerous than the last but I never got that.

The Forever Purge suffers some pretty bad writing. I never felt invested in any of the characters. I didn’t feel any real consequence if anyone was injured or died. Some of the best Purge movies featured strong writing with a strong cast. The Forever Purge’s bad writing doesn’t take advantage of the cast and as a result the movie suffers.

I don’t want to see this series end but I have a hard time seeing how they can continue from here. I love the Purge movies but it’s definitely in need of something re-invigorating.