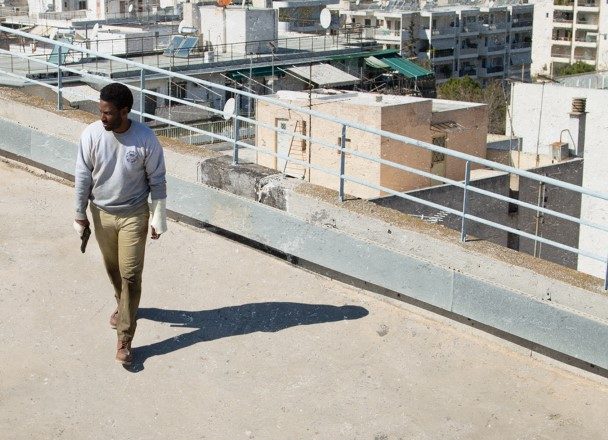 While vacationing in Greece, American tourist Beckett (John David Washington) becomes the target of a manhunt after a devastating accident. Forced to run for his life and desperate to get across the country to the American embassy to clear his name, tensions escalate as the authorities close in, political unrest mounts, and Beckett falls even deeper into a dangerous web of conspiracy.

There’s this vintage approach to the visual style of the movie that gives it familiarity but still feels new. There is a grain filmy effect that you see throughout Beckett and it instantly reminds me of watching a movie from the 80’s. There’s also a simple but effective approach to the actual camera angles and pacing that I really find visually attractive. This vintage style and many wide angle shots, go along well with the beautiful setting of the Greek countryside.

The visuals go hand in hand with the music and sound used throughout Beckett. The movie uses the music and sound to communicate with the audience and I noticed myself depending on the music to let me know level of danger at any given moment. It’s an old technique that’s used very well and purposely giving Beckett a cool vintage 70’s sense of style. 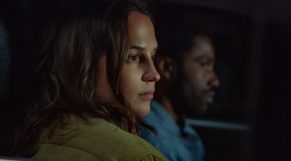 Beckett is vacationing in Greece with his girlfriend April in the Greek countryside. While watching I keep noticing that throughout the movie people in the background would stop and stare at Beckett. At first I thought it was going to be a one-time thing but it’s repeated throughout the movie when Beckett is in public settings. The movie doesn’t directly confront the topic of racism but you can get that sense without them verbalizing or confronting the topic.  I’m 99% sure John David Washington is the only black guy in this movie. Very clever writing in that sense,.

Beckett is a film that assumes and depends on American ignorance to international affairs. There is a strong political message in this movie but it requires an open mind to understand. This movie assumes that there is an inherent ignorance and plays it up as a storytelling tool. Beckett has no idea about Greek political affairs and constantly gives off a lack of interest too. Beckett has lived through a traumatic experience and just wants to go home. The political cat and mouse game that he’s dragged into frightens Beckett and he reacts by putting on blinders to the issues.

I noticed an inconsistency in John David Wasington’s range. Some of it is due to the lack of chemistry with co-star  Alicia Vikander. Thankfully this issue doesn’t last beyond the first act of the film but this movie suffers from a slow start due to a middling performance. There are moments in the diner when John David Washington is trying to show that his character is in love and vacationing but there’s something off about the whole scene.

The movie also has an overly confusing plot that can make it difficult to relate to Beckett. I want to empathize with a man suffering from the loss of a loved one but the movie keeps interjecting this political mystery at awkward times. The movie can’t choose if I should be empathizing or solving a mystery at the moment. This may be intentional to reflect how Beckett is feeling at the moment, but this isn’t an enjoyable technique.

The filmmaking and storytelling style evoke memories of 80’s tv shows like M.A.S.H. and others. There’s so much to enjoy about Beckett if you give it a chance to slowly reveal its charm. I think Beckett is a riveting film and something I could recommend to fans of an older form of storytelling.