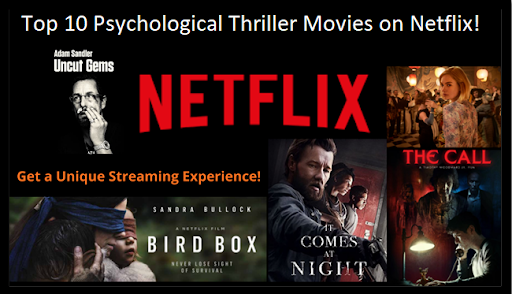 Skurio has created an interactive slider that shows the devastating effect that fraud has had on the UK economy. The cost of fraud in the UK has reached some unbelievable figures; the daily cost of fraud since the start of 2021 is currently £375,342,465 and after 365 days, the annual cost of fraud would be £137,000,000,000!

To provide some emphasis, what this means is that every day, consumers could have had the opportunity to purchase 62,661,513 monthly Netflix subscriptions and 55,606,291 cinema tickets!  Unfortunately, because of fraud, consumers have missed out on the opportunity in doing so.

With access to domain monitoring tools, businesses have been doing their best to take action against fraud and identify criminals who have been cloning their brand. However, while there are excellent tools available online these days, it is still difficult to solve all of the piracy issues the entertainment industry faces.

How Has Fraud Affected Our Levels of Entertainment?

The high worth of tickets, goods and even selling fake goods from those famous artists make it easy for those fraudsters to commit their activities under the radar. Here are some ways that fraud has affected the entertainment industry.

Counterfeit products and Loss of Revenue

Like any other industry, the entertainment industry also needs money to survive and thrive. Promotions are an essential part of any media and entertainment industry. But if they are not able to secure their revenue, they have to incur more costs which might result in the damage of brands. These promotion campaigns are affected by counterfeiting.

Counterfeiting is considered one of the worst forms of fraud because it affects any product’s quality, safety and value. It also harms consumers’  rights.

When people are not getting what they want, they will search for it somewhere else. This means that the demand for pirated content is on an increase among individuals who are willing to spend less.

Piracy refers to copying a movie, music or software files with the intention of selling them without giving credit to the original creator. Not only does this lead to a loss in revenue for the creators but it also encourages others to do the same.

Credit card fraud is considered one of the most common forms of fraud. It occurs when someone uses false information on an application for a credit card or illegally accesses personal information from it.

Most subscriptions of streaming services paid through these cards and their illegal use automatically affected the entertainment industry.

As online media is becoming more prominent, entertainment industries are increasing in size and influence. This growth makes them an easy target for any criminal that might want to use them for their own personal gain.

As seen through many security breaches along with the common practice of sharing credit card information online, the industry is highly vulnerable to this crime.

Identity theft is considered one of the worst forms of fraud because it affects an individual’s reputation by using their personal information to gain illegal access to resources such as bank accounts and credit cards.

In fact, identity thieves can also use that information for other fraudulent activities such as opening online shopping accounts without the victim’s knowledge.

Phishing affects both data theft and identity theft. Criminals use this technique to obtain personal information about their victims, which can later be used for other types of fraud.

For instance, a  criminal can send an email to the victim asking them to update their personal information on a website, which is actually a malicious link.

One of the most frustrating parts about being a victim of fraud is not knowing when and how you‘ll be targeted and how these criminals will keep trying. It seems like they can be so convincing, but that’s why these industries need to take action now!

The sooner fraudulent activity gets stopped, the better chance there’ll actually be something left worth saving after all this time has passed.