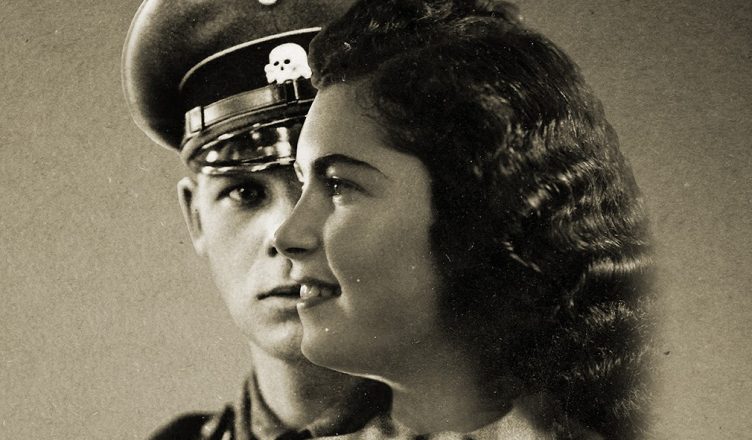 Love, It Was Not is a tragic love story between a prisoner and a Nazi – as well as the ambivalence between good and evil. Beautiful and full of life, Helena Citron, is taken to Auschwitz as a teenager (one of the first 1000 transported to the concentration camp), and soon finds unlikely solace under the protection of Franz Wunsch, a barely older SS officer who falls in love with her and her magnetic singing voice. Risking execution if caught, they went on with their forbidden romantic relationship for two and a half years until the war ended and the camp was liberated. 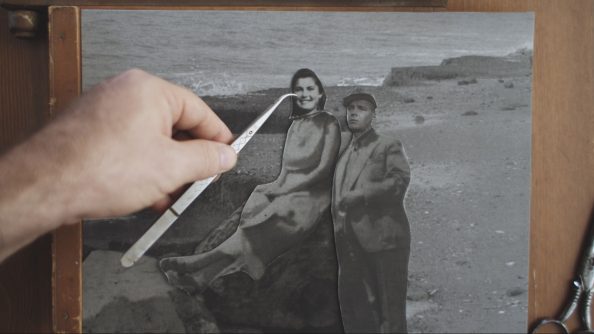 Love It Was Not provides a deep look into the lives of Helena and Franz during the war and makes us contemplate the motives Helena had during her trying times at the notorious concentration camp.  The inclusion of women among the ranks of prisoners was new to Auschwitz when Franz and Helena’s story began. From knowing this, it can be speculated from the events that ensued that SS officer Wunsch had a difficult time adjusting to treating women with the same inhumanity with which he treated the men. He was said by women other than his love, Helena, to be kinder than the other officers.

Perhaps the biggest challenge of the documentary as a viewer is that it asks us to see the humanity in the SS officer. Indeed, his eyes immediately stand out at sympathetic and given to sentiment. One victim stated that without certain protections from Franz, she would have died due to her medical issues and the laborious work demanded. But perhaps it was solely because he took a strong liking to the beautiful Helena that he was able to spare her comrades the same atrocities he committed against their brothers and fathers. The success of this film is that it makes one ponder these questions.

The SS officer’s interest in the woman was piqued when, by his own request, a woman was brought to him to sing. Helena, having a musical background, sang the only German song she knew beginning with the line, “it was never love,” possibly hinting at the nature of the budding relationship. The sentimental Franz developed an immediate limerence for the young prisoner. Much like a dramatic romantic film from the era, Franz developed a passionate, almost obsessive desire for the girl.

He cut out her head from photographs and pasted them onto different bodies, showing her in various scenarios that were far removed from a concentration camp. The film makes creative use of this historical fact in its cinematography. Instead of dramatic recreations of events, we see pictorial splices involving the use of authentic photographs from the 40s through the 60s.

Another key point of intrigue is that we as the viewer can’t help but reflect on whether we sympathize with Helena and Franz, or whether we perceive her as selfish in the face of monumental atrocities, including ones involving her sister. The opening comments from various women imprisoned with Helena show mixed opinions. Some said she was beautiful, another said she looked “cunning.”

There are points in the film where it’s easy to sympathize with a concentration camp victim who sees some hope of survival. Or perhaps she genuinely fell in love with him, as some of her comrades believed. The film keeps one guessing what the underlying motives are of the people involved, and it successfully illuminates some of them toward the end.

On the whole, Love It was Not is an incisive, engaging film that has few downsides. Perhaps one area that could have been fleshed out more is the background of Helena Citron. We get summaries of her life before and after her time at Auschwitz, but there’s something that feels lacking. By the end, there’s something about Helena that still feels mysterious.

She has a stoic demeanor for someone who’s been through the trauma of losing her family. In interviews, she maintains her composure; seeming admirably self-possessed given her circumstances. It’s the feeling that she always has something boiling under the surface that never truly makes it to the viewer’s eye in this film. 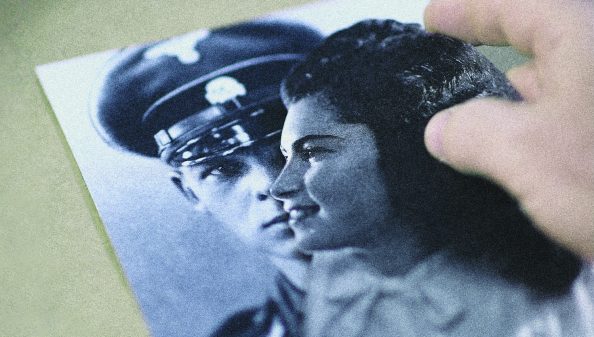 One of the biggest strengths of this documentary is the cinematography. The use of real photographs cut out and placed in different, realistic configurations brings the viewer close to Helena’s experiences without claiming to be able to mimic them. Unlike a dramatic recreation using actors, the photographs are like looking at an archive rather than a spectacle. It respects the somber nature of the story while also drawing us into it.

The tale unfolds like a grim scrapbook through which a heart-rending chapter in people’s lives is pieced together. In the pages are mysteries about what’s right and wrong, departing from more dis-ambiguous, fictional narratives like The Exception (2016). By the end, it is difficult to decisively say what we would do in the same situation, but that’s a credit to the gripping storytelling Love It Was Not offers.