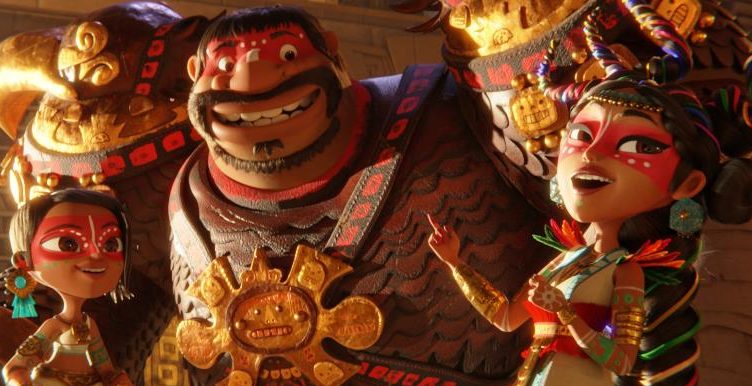 Did you want to see MAYA AND THE THREE starring Zoe Saldana, Hailey Hermida, and Carolina Ravassa? Would you like to see it early and free? Enter for the chance to attend the virtual premiere screening of MAYA AND THE THREE on Saturday, October 16 at 12:00pm CST.
Winners will be chosen at random from all entries received by Monday, October 11. Only winners will receive a Deluxe screening link.

About MAYA AND THE THREE:

In a fantastical world, where magic turns the world and four kingdoms rule the lands, a brave and rebellious warrior princess named Maya is about to celebrate her fifteenth birthday and coronation. But everything changes when the gods of the underworld arrive and announce that Maya’s life is forfeit to the God of War — a price she must pay for her family’s secret past. If Maya refuses, the whole world will suffer the gods’ vengeance. To save her beloved family, her friends, and her own life, Maya embarks on a thrilling quest to fulfill an ancient prophecy that foretells the coming of three great warriors who will help her defeat the gods and save humankind.

From creator Jorge R. Gutiérrez (EL TIGRE, THE BOOK OF LIFE), MAYA AND THE THREE is a Netflix Animated Event told in nine epic chapters. Set in a fictional fantasy world, MAYA AND THE THREE is an adventure full of heart and humor, inspired by a rich, vibrant mixture of Aztec, Maya, and Inca mythology, and modern-day Caribbean culture. Starring Zoe Saldaña as Princess Maya, Gabriel Iglesias as Picchu, Allen Maldonado as Rico, Stephanie Beatriz as Chimi, Diego Luna as Zatz, Gael García Bernal as The Jaguar Triplets, Alfred Molina as the God of War, Kate del Castillo as the Goddess of Death, Danny Trejo as the God of Earthquakes, Cheech Marin as the Gods of Wind & Storm, Rosie Perez as the Goddess of Gators, Queen Latifah as Gran Bruja, Wyclef Jean as Gran Brujo, Jorge R. Gutiérrez as King Teca, Sandra Equihua as Queen Teca, Isabela Merced as the Widow Queen, Chelsea Rendon as the Goddess of Tattoos, Joaquín Cosío as the God of Bats, Carlos Alazraqui as the God of Dark Magic, Eric Bauza as the God of Jungle Animals and Rita Moreno as Ah Puch.

MAYA AND THE THREE Trailer: 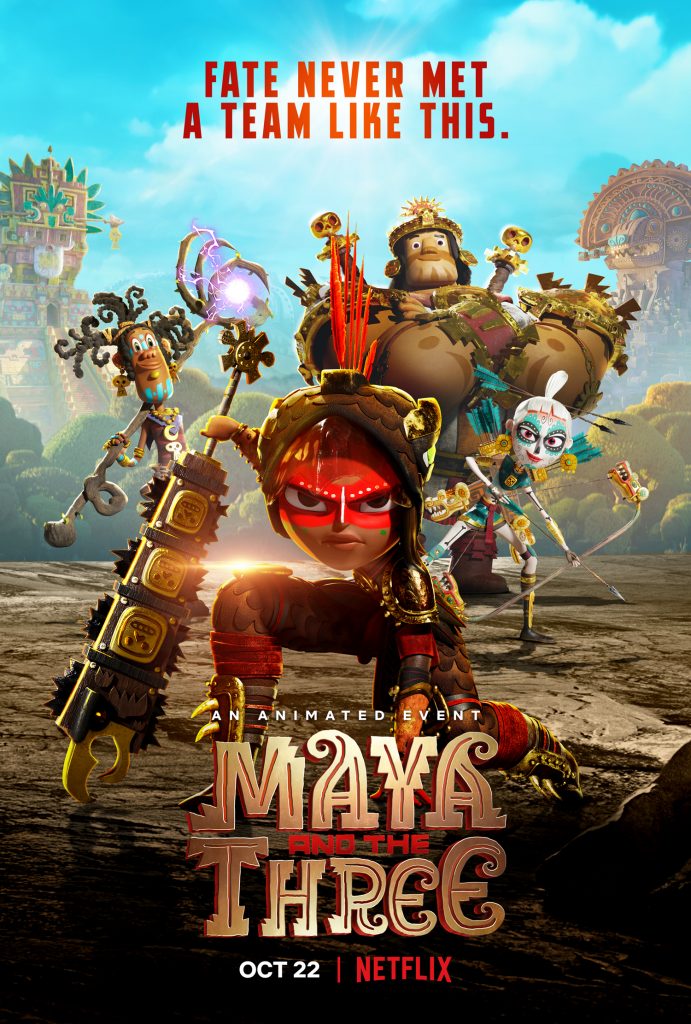 Emmanuel is a Chicago film critic who founded Eman's Movie Reviews. He freelances as a writer and video content creator for sites such as MovieTickets.com. Be sure to join the other 33K+ fans on his Facebook Fan Page for even more movie opinions and fun. Feel free to contact him with any professional inquiries: [email protected]vieReviews.com