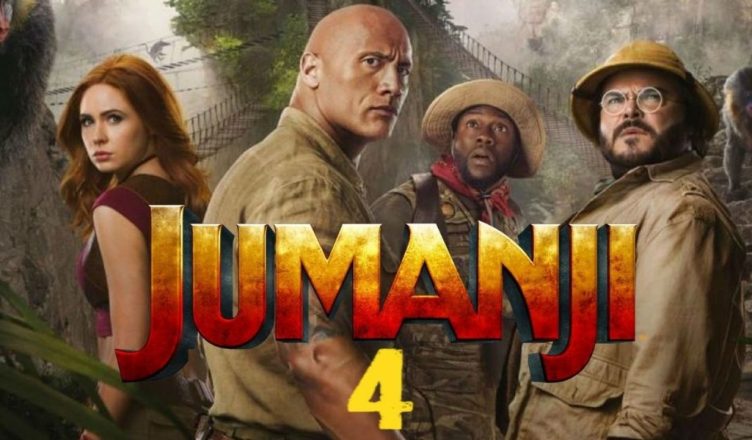 Jumanji has proven to be an incredibly popular franchise across the movie industry, with the legendary film having been able to have a number of different instalments be created following its initial release in 1995.

Indeed, the latest film in the current series was released in 2019, when “Jumanji: The Next Level” hit the big screen, however it seems that the third release will not be the final one that features the incredible franchise.

It is claimed that Sony is very keen to get a sequel into production as soon as possible, though, especially due to how well the films have been received at the box office since they were created. For instance, the entire series has been able to attract a huge appreciation from movie lovers and critics alike, which is also shown in the figures that they have been able to generate. The films have managed to smash multiple records and have emerged to become one of the biggest box office hits of all time as it has grossed over $2 billion worldwide!

Indeed, to further highlight just how popular Jumanji is, there have been a number of different games that have been based on the series, as well. Recently, a new update was provided to the game of the same name for the Sony PlayStation 5 console, whilst there have is a slot game that has been released of the same name by NetEnt, which is considered to be one of the best casino games online available to play alongside other movie slots such as Lara Croft: Temples and Tombs and Gladiator Jackpot.

What is Jumanji about?

Based on the children’s novels that were produced by Chris Van Allsburg’s stories in 1981, Sony Pictures, TriStar Pictures and Columbia Pictures decided to adapt the stories and bring them to life visually.

The story follows the exploits of several different characters that become embroiled in a game that will find themselves getting into jeopardy whilst they play. The gamers will need to endure a range of potentially fatal hazards to complete the game, whilst the primary objective is to try and confront the challenges and difficulties that they provide if they wish to stop them and complete the game.

Will a Jumanji 4 be released?

It certainly looks as though there will be a fourth instalment of the Jumanji series in the future. As mentioned, Sony is very keen to get one completed, although it would seem that there are a number of other clues that are available to suggest that film lovers have something to look forward to in the near future.

Perhaps one of the biggest clues available has come from the producer of the films, Hiram Garcia. Although there has not been anything concrete, the man who works closely with star Dwyane “The Rock” Johnson on many of his film projects, recently provided an update that hinted on the story being expanded beyond the third movie that was released in 2019. He even stated that the story of the fourth is being hammered down, as well.

Additionally, anyone who watched the most recent film in this franchise would have noticed that the post-credits scene saw a handyman finally arrive and fix the heater at Spencer’s house. He also messed about with the video game which saw a flock of ostriches be seen outside of Nora’s diner. This could be a subtle hint that there is still so much more to come.

Who will be in Jumanji 4?

It is all speculation at the moment as it has not yet been confirmed that a Jumanji 4 film will be released, but if it were, then you would have to assume that the core group of cast members would have to make a return.

Individuals such as Dwayne “The Rock” Johnson, Jack Black, Kevin Hart, and Karen Gillan would likely have to come back in some capacity, although the real-life group of friends that are portrayed by Alex Wolff, Morgan Turner, Ser’Darius Blain and Madison Iseman would likely have to return as well to keep the story going.

Interestingly, Gillan has revealed that she does not know anything about a sequel being produced, although that does not mean one is in the works at the moment.

When could we see it be released?

Late 2023 would perhaps have to be the best guess about when we could potentially see Jumanji 4 in the cinemas and theaters all around the world. 2022 would seem far too early given everything that has gone on and the fact that there does not seem to be a final story drafted yet, but whenever it does get scheduled to be released (should the film be made), it will definitely be worth the wait by all.