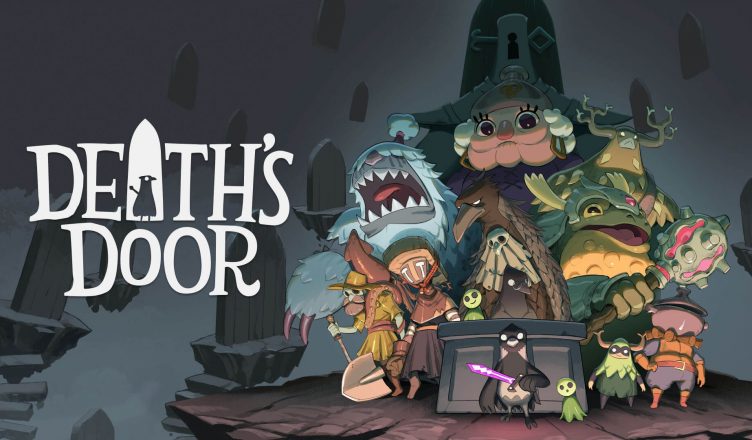 Video Games Set Beyond The Veil Of Our World

When it comes to the latest and greatest video games on the market, the three below are certain to build up a spirit of anticipation right before Halloween. Or at any point later this year when you’re feeling particularly brave. Or ghoulish.

If speaking to the mostly departed is something up your alley, then the world of Medium will put you in touch with a host of spirits from the other side as you take turns exploring both the real world and the spirit world … at the same time. Using psychic abilities, the third-person psychological game of Medium gives players the chance to discover deeply troublesome secrets while trying to survive the encounters of The Maw, a creature born after an unthinkable tragedy.

The dual reality created in the gameplay is stunning and surreal, while the soundtrack that was created by Akira Yamaoka (known for the music of Silent Hill) and horror-game musical genius Arkadiusz Reikowski blends into the background and jumps to the fore with finesse. Some of the fun – and creepy – gifts that the Medium can employ includes out of body scene exploration, spirit blasts and energy shields to help unravel the truth of the game.

The rather mature storyline has a distinct grey moral compass guiding it, with nothing being quite what it seems and everything having a different perspective. The storyline which involves solving the mystery of what truly happened at the Niwa resort is one you’ll want to keep returning to as every encounter gives rise to new perspectives and your initial perception of what happened.

The patented gameplay which spans the two worlds displayed at the same time is a never-before-seen feature that’s certain to hook you, as the clues discovered between the worlds will solve the puzzles that appear, as new paths and memories are discovered. The spirit world is displayed as  grim and gritty place, a dark mirror – if you will – of our own reality. There, the unspoken desires, evils, unpunished deeds and secrets are able to manifest and take on a form of their own.

The games world was directly influenced by Zdzisław Beksiński’s, a famous Polish surrealist whose acclaim is due to his dystopian paintings. The foreboding style of his work was used under supervision into the world that was created and designed, and if you’re familiar with any of his more abstract pieces, you’ll notice the similarities straight away.

For something appropriately spooky but far less sombre, Death’s Door is a good gameplay for those who enjoy the thriller-mystery genre. In this game, collecting the souls of the dead is what The Crow is good at. However, The Crow’s job suddenly becomes a lot harder when the soul that was assigned gets stolen, and the desperate thief needs to be tracked down, with a bounty that’s as big as what you can win at Black Lotus casino. The thief, however, has gone to a realm that death has never been to, where creatures and creations have gone on far past their original last exhale date and are rife with unchecked greed. As well as powers.

Your job, as The Crow, is to retrieve the taken soul, as you embark on a quest beyond the Doors and are transported into a world of weird and wonderful inhabitants, who harbour more than a few secrets of their own. The dark comedy and thrilling storylines combined with the dangerous demigods and colossal tyrants who have their own motives for helping and hindering makes for hours of gameplay fun. Leaving you to discover the ultimate truths behind the numerous souls, the part the Crows play, and what the actual origin of the Doors is.