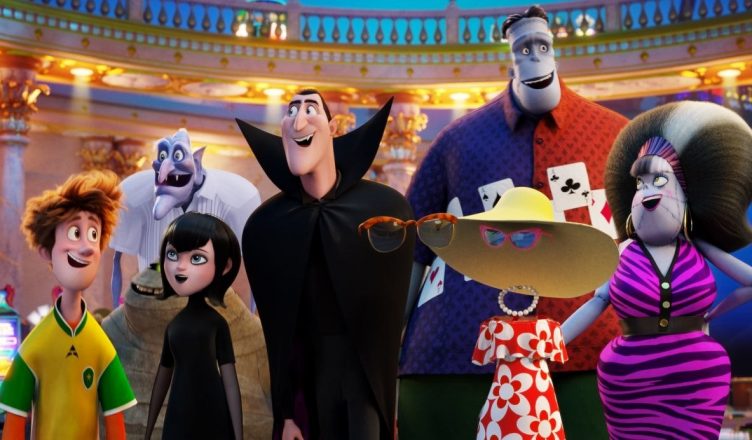 2 Films You Can Watch With Your Kids Before Halloween

If you’re bored of the same gore-fest horror films that play every Halloween, you may be wanting to discover something new. Something funnier. Maybe even something you could watch with your children without scaring them for life. If that sounds like you right now, then the following latest films are just what you need to get you in a jovial Halloween spirit, without the usual scarefest in tow.

As a complete fan of this movie franchise, I appreciate that it’s one which I can watch with my daughter – who absolutely loves Mavis as a role model of equal parts sweet and sassy. The original movie introduces you to the franchise by focusing on the family of Dracula who run an otherworldly hotel into which a human male, Johnny, wanders while backpacking the region. Needless to say, he and Dracula’s daughter Mavis, fall deeply love which leads to all kinds of funny shenanigans since daddy Drac doesn’t approve.

In Hotel Transylvania 2 Johnny and Mavis wed and after a few blissful frames of happiness in which months pass, reveal the surprise that Mavis is actually pregnant. After baby is born everyone – including some of Dracs closest friends, are thrilled. But when the growing child doesn’t develop fangs or any kind of bat powers, Dracula begins to worry about how his own father will take it.

In the third and latest release, the whole family Dracula decide to head out on a vacation away from the hotel and eventually decide to book a cruise. To the Bermuda Triangle. Naturally. You’re in for a scream of a time as the hijinks continue. This is definitely the movie series to watch with your kids, as you’re curled up on the couch with a big bucket (or two) of popcorn to share.

This comedy horror is set in a (naturally) small town, located within Vermont and is based loosely on an online game of the same name. The residents of the town become forced to put aside their differences when they’re trapped together during a snowstorm and try to focus on teamwork in order to uncover the identity of a werewolf who is threating their town.

It’s a classic who dun it thriller with a comedy twist, and while there is some gore it’s not too over the top, though with a PG-13 rating you’ll want to just ensure no little kids catch a glimpse, just like whn you play the most exciting tragamonedas Chile has to offer. The whole storyline is fun to watch, and the last few minutes of the film are what will seal the deal and make it a decided hit for most viewers.

The premise follows new forest ranger Finn Wheeler (Sam Richardson) as he arrives in the one-street rural town based in New England. His tour guide happens to be the lively local mailperson Cecily (Milana Vayntrub) who just so happens to be an excellent axe-thrower. The towns two factions of local salt of the earth townspeople is offset by hipsters from the coast loving rural buying power, with a greedy energy exec trying to get them to buy into having a pipe run through their town. The snowstorm at the spooky hotel is the setting, and the one-by-one pick offs are done in a more comic fashion than most. Even the werewolf transformation happens to be quite funny. This movie is one to watch with your teens later at night after the little ones have gone to bed.