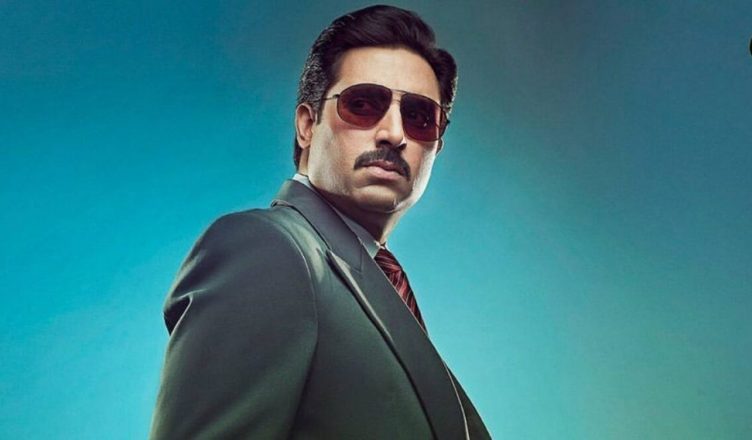 Co-written and directed by Kookie Gulati, The Big Bull is a Bollywood crime drama which is streaming on Disney+ Hotstar and features Abhishek Bachchan in the lead role. The stock market has always been a point of interest for Bollywood. In The Big Bull, Abhishek plays the character of a stockbroker named Hemant Shah which is in fact based on the infamous Indian stockbroker Harshad Mehta who was involved in the popular securities scam of 1992 which inflicted the Indian securities markets. This is a true story based on the life of Mehta who dreamed to become a billionare and got involved in financial crimes for over 10 years.

Upon watching The Big Bull trailer, I found Abhishek’s scammy stockbroker character utterly fascinating. He is seen sporting a “good boy” image where he is suited from top to bottom and wears large spectacles. His prominent moustache adds to the look. But if you look closely, you will see a twinkle in his eyes and a wicked smile on his face which does signify his sly and deceiving nature. His character in the film does remind me of his 2007 Guru image but with a deceitful twist.

The trailer goes on to mention that Hemant is “flying too high” and it’s time for him to fall. Perhaps this signifies the fact that Harshad Mehta ultimately got convicted for fraud and several criminal charges were placed against him and Hemant is going to meet the same fate. I found The Big Bull trailer to be packed with emotions, romance and some action as well. There are some high-speed car scenes which are thrilling to watch. The setting, the tone and the drama picturized in the trailer are more than enough to give us an idea about the entire movie.

So do check out The Big Bull movie as this was not just a scam, but the mother of all scams!

One thought on “The Big Bull trailer (2021): Check out Abhishek Bachchan’s fascinating avatar based on the infamous scambroker Harshad Mehta!”