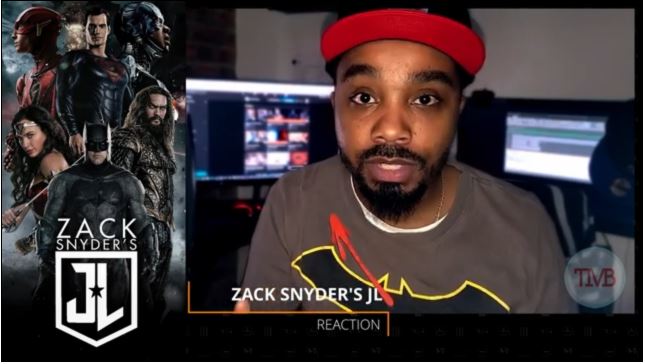 You’ve read the review, now check out the reaction to Zack Snyder’s Justice League! Watching the Snyderverse emerge was initially a really tough pill to swallow. DC’s previous interpretations of their characters make it difficult to imagine them portrayed differently. Christopher Reeve, Michael Keaton, Christian Bale and made such an impression that all interpretations must compete with their influence in culture. Here’s my reaction and comparison to the theatrical release of Justice League:

This is not your typical superhero film. In fact, you should erase whatever is in your head about the Super friends or the Batman movies and everything. Are you don’t yet? No, still have a few? Okay good. Now that you’ve cleared your head of all that try to think about more mature takes on the DCEU… namely the cartoons and some of the elseworlds comics.

Some might dismiss the idea that the death of superman is what enables the motherboxes to call out to Darkseid and Desaad are wrong. This is a movie where a guy dresses up as a bat and fights crime. Don’t start coming to me with logic now. In the dc universe there are thousands of mother boxes so they were likely planted by Darkseid long ago in order just sent an alarm for when a planet was ready for him to conquest. Comparing this to the infamous moustache opening of the theatrical cut is just illogical. This is clearly much better.

Much Better handling of characters

The whole bank robbing scene is incredibly different and remarkably enjoyable. This is when Zack Snyder channels his inner Christopher Nolan and delivers a bank robbery that is very reminiscent of the tone of The Dark Knight with the Joker. This bank robbery goes remarkably different when Diana intervenes and proceeds to beat the living daylights out of these smug bank robbers who underestimate her. Like, you have to understand that this scene was the highlight of the theatrical release for me but Zack Snyders take on it adds the visceral tone to Diana’s fighting. i.e. the blood splatter.

Am I the only one who got quietly excited I saw Wonder Woman come on screen? Like especially every time I heard that Amazonian theme music in the back I wanted to stand up on the back of a horse and do my best Xena Warrior Princess yell. I absolutely love Snyder’s interpretation of the character like a million times more than any other.

When I saw the first movie I have to admit that I was not at all impressed with Ray Fisher. After watching the Snydercut I totally understand why Ray Fisher was so disappointed with th treatment of his character in the initial cut. Not just his issues with Joss Whedon but with the handling of his character in the theatrical release versus what was originally envisioned. His characters backstory, motivations, and downright most interesting moments were removed from the Whedon cut. It makes you wonder why these moments were removed in the first place because of how critical they are to the story. This almost feels malicious.

The standout example is when his father narrates an explanation of his powers. We learn that not only is Cyborg some sort of organic metal machine, but he also has the ability to override and control other machines. His father aptly says that his suit of armor and physical abilities barely scratch the surface as to what he’s capable of. How can you introduce a character who’s origin is sourced by the McGuffin of your story but remove his backstory. These scenes are CRITICAL to his character development and improves on his origin having roots to the Motherboxes themselves.

All the scenes added with Silas Stone and Ryan Choi are so important to adding value to Star Labs, the Mother Boxes, everything. That scene where the JL are going into the Kryptonian ship with the Motherbox and Silas instructing everyone to evacuate the building spoke to me. My man was trying to go full ‘dad of the year’ because of all of the guilt he has about the loss of his wife and whats happened to his son. He’s intentionally hiding the fact that he stole a mother box for his son and now the JL are breaking and entering and hes willing to hide that too. Cyborg’s character received a much better treatment in this film and these added scenes add value to him and to the overall narrative.