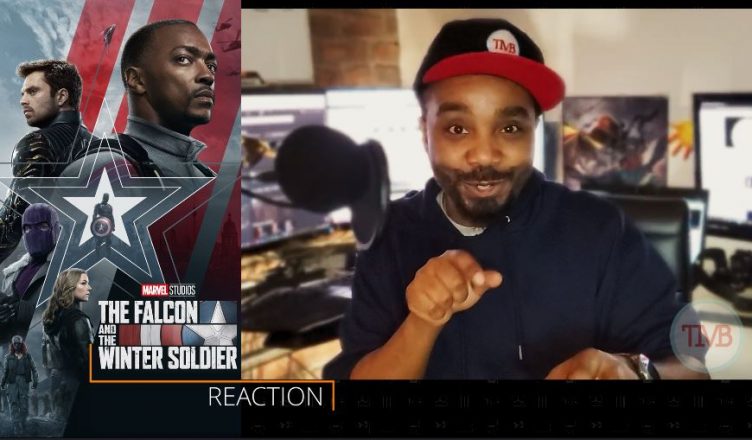 Falcon and The Winter Soldier Episode 1-2 Reaction. The first 2 episodes of Disney’s Falcon and the Winter Soldier are streaming now and here’s my reaction to the first two episodes! What’s going on with the Flag Smashers? Who’s wearing the mantle of Captain America? Where is Steve Rogers?

Initially watching just the first episode by itself left me whelmed at the episode. The first episode ends with a fairly decent cliffhanger but when paired with the 2nd episode it feels like a fuller introduction. 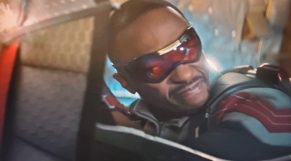 Sam is presented pretty well so far with a nice and splashy action sequence to open the show. Falcon shows off his abilities as a solo operative and the show shares the style of action we can expect moving forward. I do like the little easter-egg visuals foreshadowing Falcon with Steve’s shield. It’s a cool sequence that sets the tone nicely.

The Winter Soldier gets to shine shortly after and we get a cool flashback scene of the Winter Soldier wrecking shop in some facility and taking out witnesses. The scene is a eerie cool reminder of how capable Bucky actually is as the Winter Soldier. I like how they show us how Bucky is coping with his trauma as an assassin for decades and feeling like a man out of time when describing online dating. It’s a nice reminder that Steve wasn’t the only one who has to get re-acclimated to today’s world as Bucky is also over 100 years old.

And then we get to the other *ahem* stars of this show. Wyatt Russell, son of Ego the living planet actor Kurt Russell, is portraying John Walker aka, the new Captain America. Now John Walker gets a nice backstory and introduction in the second episode which is what makes things feel a lot fuller. We learn that John doesn’t seem like he’s all that much a bad guy and is actually a really accomplished soldier. He’s even mentioned how he’s done the whole ‘jump on top of a grenade’ thing multiple times, using his helmet to muffle the blast.

Now aside from the character introductions we also get a bit more into the actual plot of this series. Now that the Flash Smashers have a bit more exposure we get to learn more about them as a group. Essentially they are a group of individuals who felt that things were better after half of the world was blipped away. What’s interesting is that Marvel has not yet fully shown us what exactly life was like during that time. This group shares rare insight into the post blip MCU and seems to desire a utopic future for mankind… by destroying all borders and uniting man under one cause. Now if this sounds somewhat altruistic to you that’s because it kinda is and it even catches the attention of Joaquin Torres who feels similar. What’s horrific about the Flag Smashers will likely reveal itself soon but as it stands they are being depicted as extremists.

I wouldn’t be surprised if Falcon and Bucky eventually find out that these guys are on the right side and team with them against John Walker and the government. It seems possible and wouldn’t be too far removed from the storytelling in the Sam Wilson Captain America comics. What’s remarkably unique here is that Marvel is introducing a whole bunch of Super Soldiers in this story with the Flag Smashers themselves all showing off their superhuman strength and abilities, as well as the cool appearance of another Captain America in Super Soldier Isaiah Bradley. Bradley casually describes how he beat the breaks off Bucky during their last encounter and was ready to deliver more of these hands if Bucky wanted it but Bucky made it clear that he was not here for that but didn’t clarify what it is he may have wanted from Bradley. 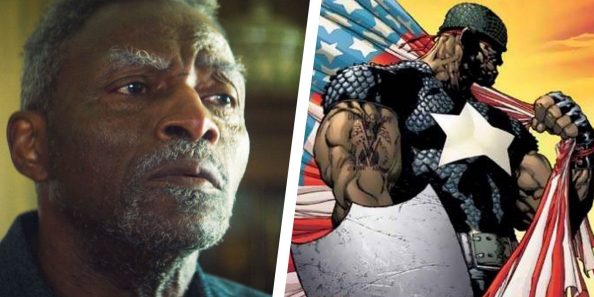 Bradley’s origin in the comics is rooted in “Project: Rebirth” with the US, UK and German governments collaborating to recreate the Super Soldier serum. The German side chose to experiment on African-Americans. After emerging as one of the few survivors in his test group, Bradley took on a mission with a spare shield and costume intended for Captain America in a mission to stop the Nazi efforts to create their own Super Soldier. Bradley mentions an adventure where he fights Bucky and barely left him with an arm and he also mentions how he was imprisoned for 30 years by the government. I really like Bradley as a character in the comics, he’s revered among a lot of the heroes and just seems like an interesting character to adapt into the MCU. There are so many questions raised as to what Marvel intends to do with all of these characters that they’ve introduced.

The biggest question raised early, and repeatedly, throughout the first two episodes is the whereabouts of the original Captain America Steve Rogers himself. There are many theories out there with my personal favorite being that Steve is possibly in space working alongside Nick Fury.