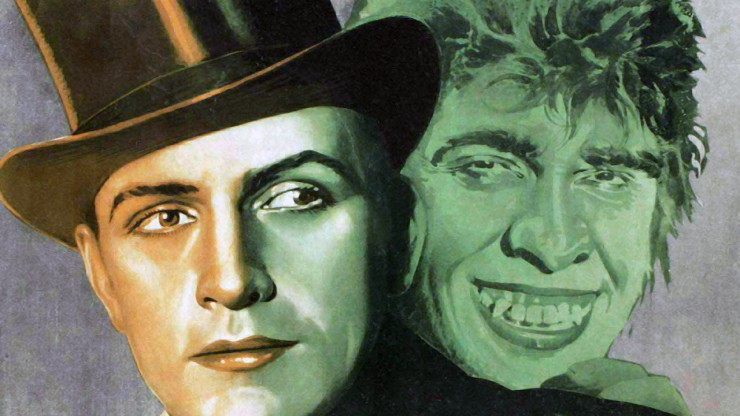 After the enormous success of the Marvel Cinematic Universe, Universal decided it would bring out its own franchise called the Dark Universe. It planned to reboot several classic monster flicks from the 1930s and 1940s and to have them exist in a shared universe. Dr. Jekyll, played by Russell Crowe, was set to be the franchise’s answer to Nick Fury. He was to be the constant that tied all of the films together. However, after the poor box office performance of The Mummy in 2017, Universal decided to scrap its venture. Now, it is uncertain as to whether Crowe will reprise his role.


Russell Crowe Was Set to Appear in a Number of Films

There were grand plans before Alex Kurtzman’s The Mummy failed dramatically in 2017. Not only did the picture receive mainly negative reviews, but it also lost the studio around $95 million. This was to be the kick-starter of the Dark Universe, but Universal swiftly decided that the idea would not be sustainable. Crowe was to be the huge name star to glue the whole franchise together and would have appeared in many future films. However, it is unlikely that this will happen now.
When The Mummy flopped, Universal opted to change its tact. Instead of rebooting the classic monsters movies in a shared universe, it decided to release them as standalone offerings instead. The first of these was The Invisible Man in 2020, and it was met with a positive reception. It also performed well, making $142 million against its $7 million production budget.
Some of the other planned works to appear in the future include Renfield, Frankenstein, and The Invisible Woman. There was no plan for Crowe to star in his own Dr. Jekyll and Mr. Hyde film, as he would have previously made appearances in each of these titles. However, Universal may now decide to create an offering featuring the Gladiator actor to appease people who were excited to see him in the role.

Stevenson’s Story Has Been Popular For More Than a Century

The story from Robert Louis Stevenson is one of the best-known books of all time. The Strange Case of Dr. Jekyll and Mr. Hyde was written in 1886 and has stayed at the forefront of popular culture ever since then. The fact that it has been so ubiquitous over the years suggests that there will be future remakes of the tale. Whether Crowe stars in one, though, remains to be seen.
The first-ever movie adaptation of Stevenson’s book was Otis Turner’s Dr. Jekyll and Mr. Hyde, which was a silent film released in 1908. Since then, the iconic character has appeared in more than thirty films. He has also inspired spoof offerings such as The Nutty Professor, and comic book characters like The Incredible Hulk.
The transforming scientist has also appeared in several games over the years. One of the most recent offerings is Dr Jekyll Goes Wild at LeoVegas, which is one of the best places to play real money slots online. It is recommended because of its welcome bonus which includes a deposit match as well as free spins. This also details slot providers in 2021 for those who want to catch up with this entertainment industry. Plus, there is an added benefit that many online casinos are available on mobile now too, which this site notes as a review criteria.
Nintendo Entertainment System players will remember the side-scrolling adaptation of Stevenson’s book released in 1988. There was also the PlayStation 2 game, Jekyll & Hyde, released by Cryo Interactive in 2001.